some American witch and devil lore, and some Soul Alchemy 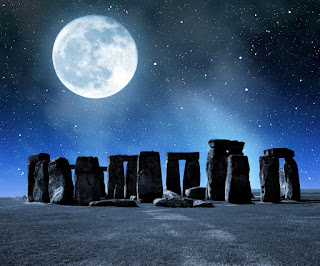 Vermont amiga Paula posted on Facebook a selfie video of a full moonlight winter drive to her home in the countryside. I was not able to bring the video to this blog, but Paula and I had some fun discussion:

Sloan Bashinsky
You live in what we in Alabama call out in the sticks, but mostly without snow. Are those hippie beads hanging from rear view mirror?

Paula
You are the observant one! Beads with an angel bell that softly tinkles as I drive. A bit of mojo.

Paula
shhhhhh😏
Sloan Bashinsky
my pardon, I wasn't thinking, look what they did to Joan of Arc.

Paula
ahh, Vermont is filled with witches and healers of all sorts. Few are surprised to run into one.

Sloan Bashinsky
That must drive the religious right bonkers.
Paula
Religious right ...... hmmm , will have to watch out for those. 😀
But of course, that is what the beads and bell are for. 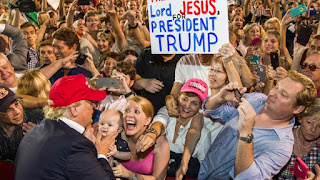 JoshuaSatan’s kingdom is on earth, not hell.The pit has not opened yet.BarryIs Satan going to rule in hell or be thrown in hell?Revelation 20 seems to suggest Satan being locked up for a little while during a reign of peace and then he’d be released again for a short while. Verse 7 says, When the thousand years are over, Satan will be released from his prison. Verse 20 suggest a place of torment for Satan's followers and Satan himself... “And the devil, who deceived them, was thrown into the lake of burning sulfur, where the beast and the false prophet had been thrown. They will be tormented day and night for ever and ever.”Hell isn’t a place even Satan wants to be. It seems many of us have this vision where he is ruling there when the Bible is clear that his kingdom is on earth. The abyss doesn’t seem to be unlocked yet. But the earth is full of demons running rampant. The abyss isn’t a place you go and come from though.Sloan BashinskyBarry, I wonder what prompted Joshua to post this? Years ago, I stopped attending church. I seldom read the Bible now. Jesus, Michael and Melchizedek have been adjusting, educating and directing me for a long time. Hasn’t been much fun. Changed the way think and deal with what life serves up. They never preach to me in the way Joshua posted. They impress living, behaving in sync with God. They let me know when I’m not. The only thing they told me about Revelation is the fellow it came through didn’t understand it, so how could anyone today? They taught me mentally and by my experiencing directly that Lucifer and demons are real, are very active on this world, including in churches. That Lucifer is skilled at getting people to look at what it wants them to look at, instead of what they need to see. That Lucifer has deeply infiltrated American politics, left and right. It should be obvious to any Christian that Donald Trump is possessed by a demonic entity. Lucifer would have been happy with Hillary Clinton as president. Aligning with someone like Trump or Hillary gets you infected. Entire churches can and do get infected. Often in churches I felt the palpable presence of Lucifer. And the presence of God. Ditto away from churches. Seldom in political settings did I feel the presence of God. I hope Joe Biden proves more in sync with God than his predecessors going back ways In time. We all are on trial in God’s Court, regardless of our beliefs and persuasions.Barry JordanJoshua, I had a vision under the influence of psychedelics admittedly probably 4 years ago. I was in a dark room and had a bad feeling so I turned on my bible app to listen to it. It was Isaiah. Somewhere in it all I saw what I can only describe as Lucifer. It was a reptilian/dragon looking humanoid that stood to the south of my room. He had a robe and was holding a staff a little taller than him that had a bright glowing orb on top of it. In the other hand he had a book. There was a presence of power that was around him. As my bible app was playing he was speaking along with it but then it changed from verses and he was actually talking. He said something about the 1000 years. I also felt like he hit me on the back of my head a couple times with the rod. One I think was when I rolled over away from him. There was also a hooded figure in a robe at the foot of my bed. I couldn't see the face although for a second I think I did and it was reptilian as well. What I do remember about them is red glowing eyes sunk back into the hood. I remind you that i was in a pitch black room when all this happened. I'm not sure what exactly to make of it although I have some theories but one thing that did stick out was the fact that he said 1000 years and is why I'm mentioning it. The verses I listened to didn't say anything about 1000 anything.Idk if that meant the 1000 years were up and he was being released or just starting. It's also worth mentioning that when he opened the book and I first saw him and he started reading he said something about "and on the second day"It was all odd.Sloan, thank you for sharing your experiences but looking at Joe and what he's already done/not done I highly doubt he works for any other god than that of this worldSloan BashinskyBarry, I think Biden is pretty secular, but then, he's a politician, and it's hard to find God much in politics. I lived a good while in Key West and just above. Ran 10 times for local office: 6 for mayor of Key West; 3 for county commission, 1 for school board. Not because I wanted to do it, but it was what I was told to do, and I made that clear during campaigns I figured were fools errands, but it was known that when I spoke at candidate forums and during media interviews, it was going to be different. I was not counting votes when I spoke. I was not worried about turning people off. But then, I was not a politician. Before that part of my life, I mostly didn't get involved in politics. Didn't care for politics. Still don't care for politics. But, it's what I am still being told to engage, because my perspectives are different, for which I blame the aforementioned angels.

While I think God's Jury, the only Jury that counts, is still out on Biden, it looks to me that Biden is not nearly as toxic as Trump. When our roll is called up yonder, we will be asked things we don't want to be asked, we will be shown things we don't want to see. Your vision was facilitated by the drug you took, but it was also for your information, and for others to know, so thank you for sharing it here. A demon has Trump. That demon has infiltrated every person aligned with Trump. A different demon has infiltrated the Democrat side of the isle. What may or may not occur in the cosmic, or Revelation, sense is a bit remote from what is going on for each person right now. For that's where the rubber meets the road in God's Kingdom. Jesus tried to impart that in Palestine. He's been trying to impart it ever sense. As have angels of the Lord. The Devil, of course, has other agendas.SloanI have a friend half my age, not a church person, his parents are not church people, who is in much the same shanghaied and adjusted by angels pickle that I'm in. He sent this email yesterday, reporting what Melchizedek had just told him:

We must all face Soul Alchemy to transcend our being

Here, however, is the snag on the briar, and before you know it, you are in the briar patch.

Trump did the unforgivable so many times while in office and before office, and after his election defeat. For us to move forward in the United States, then it means we must accept and FORGIVE the actions of those who have done the unforgivable, yet believe themselves to be washed clean of sin, who deny the sin of both commission and allying themselves with evil, the sin of remaining neutral under the rule of a man who sought to prey on the hate that hides in some men's hearts and dominates entirely the hearts of others.

It is not those of us who resisted Trump who must face the worst challenges of soul alchemy- indeed all of us face soul alchemy- but the Trump supporters? They are like the Israelites who left Moses stranded in the desert for 40 years. Being lost for 40 years? As a sentence upon us in the United States for what Trump did? That is getting off light.