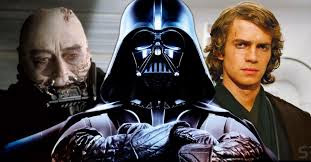 MtSSarecpelhtohsnh gs4o saet d9rs:s2og0 edAMeSSr
I came to understand, not happily, that I, and every person, has a demonic twin, and that is something we all get to deal with in this lifetime, or whenever. I think collective soul evolution is perhaps more for philosophers to ponder, while individual soul evolution is something each person gets to try on, or not. Jesus, Buddha and other spiritual teachers in the past, some known today, others not, were about individual soul evolution. Nothing easy about that kind of radiation.

AFOOLSWORKNEVERENDS.BLOGSPOT.COM
soular radiation is a bit different from Los Alamos variety
anomalous (unusual, quirky, strange, weird, etc.) musing and reporting on diverse human and non-human affairs
South Alabama amiga Elizabeth
What do you mean by saying we all have a demonic twin? Our shadow side?

Sloan Bashinsky
The shadow is what we do not know of ourselves, or know but try to ignore or hide from others and ourselves. It can be good, bad, beautiful or ugly. I’ll find the Carl Jung meme that sums up.
The demonic twin is just that, demonic. Pure Evil. Generally hidden, a part of the shadow, aligned with Lucifer, or if you prefer, Evil, literally.
That’s what Jesus faced during the three temptations. After which, the Devil left him to return at more opportune time, that scripture says. So when was the more opportune time? Was it when Jesus was on the cross and asked why God had forsaken him? Was it when Jesus caved to his mother wanting him to make more wine at the wedding, which he did not want to do? His first public miracle.
Today, and for long time, Christendom finds it easier and more fun to focus on the miracles reported in the Gospels, than living as Jesus lived and taught in the Gospels. The Devil and the demonic twin like that. They like finger pointing, avoiding mirrors, taking the easy way out, brainwashing, herd thinking and behavior, suppressing creativity, curiosity, uniqueness, adventuresomeness, truth, love, passion, beauty.
SloanBashinsky
The blue eggshell book featured in that blog post experentially and existentially addresses your question many times and ways. 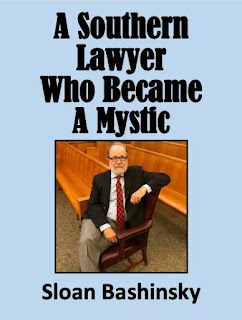 The book gets progressively deeper, hotter. Jesus said in the Gospels that he did not baptize in water, but in fire and spirit, and he lived that baptism to show others the way.
The last chapter in Part Three is lengthy Facebook discussion with a fellow who had posted a claim that there is no such thing as the Devil, it does not exist. I tried many times to get his attention, and he kept throwing up a lot of chaff. However, he did correctly say the Devil is an inside game, the Evil in us, the demonic twin, but he did not use that word. He was not Christian. He was into spiritual evolution. He quoted a lot of people he resonated with. And Lucifer remained hidden to him, as Lucifer wanted to happen.
Part Three of the book is molten. People who loved Part I were not entirely comfortable with Part II, had great difficulty with Part Three: Soul Alchemy. To my knowledge, so far, only three  people, my friend Young Prophet, his and my new friend from Australia, and a country girl I "accidently" stumbled across in 2005, liked the entire book.
Here's the Jung meme, even though I think Jung might have viewed the Devil as an archetype, instead of real as Jesus, Archangel Michael, Melchizedek, for examples, Jung did not view God as an archetype. He knew God existed.

Sloan Bashinsky
I imagine Jesus really likes this of yours:

“Pigs in mud”
All want the security of the well fed pig.
Horror at the baseness unrecognized.
A lifetime spent in shirt stuffing.
And pen comparison.
Is truth more palatable when honeyed?
Is a stark soulscape less so with the eyes of Monet?
May my affectations always be known and understood.

ElizabethI’m without regular internet and apparently it’s good for my growth because poverty is sticking to me like a guard. If I had the ability I would have read it already. Fits and starts will have to do.Sloan BashinskyI learned up close and personal that poverty tests people in ways not otherwise imaginable. As I read the Gospels, poor people made up most of Jesus' flock. You are one of the most authentic people I have gotten to know in this lifetime. If you can get onto Facebook at times, you have internet access then. The blue egg shell book is a free read by using this link to Part One, at the end of which are links to Parts Two and Three. If you PM me your U.S. mail/UPS address, I will get you a paper copy of the book.

AFEWREMARKABLEALABAMAPEOPLE.BLOGSPOT.COM
A FEW REMARKABLE ALABAMA PEOPLE I HAVE KNOWN, by a southern lawyer who became a mystic

ElizabethI’ve always had Friend as constant company and a more affluent life always leads me astray. I would cherish the book and truly appreciate it.