was invited to call in to atheist talk show tomorrow 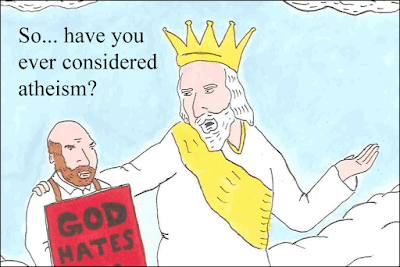 A Christian turned atheist continued his and my discussion reported in the If angels capture Trump, Biden and all Americans, will Facebook, Twitter, Parler, CNN, FOX, etc. ban their howls and shrieks? post at this blog:

Jamie
So you believe in angels...why? Personal experiences do not count towards good evidence to someone else. Those experiences are totally subjective and have no real impact on reality as we know it unless you have empirical evidence to back it up.
A Fool's Work Never Ends
If you read A SOUTHERN LAWYER WHO BECAME A MYSTIC, that will answer your question very well. You can read it for free by opening the link below to Part One, at the end of which are links to Parts Two and Three.
https://afewremarkablealabamapeople.blogspot.com/

The shorter version is, I was raised in the Christian church; it didn't work for me; years passed, my life when in the shitter, I knew it had gone in the shitter; I prayed to God to help me, offered my life to human service. Some nights later, I was woken up and saw two spirit beings hovering above me in the darkness. I heard, "This will push you to your limits, but you asked for it, and we are going to give it to you." I remembered the prayer. I saw a white flash, was physically and otherwise jolted by something electrical. That happened twice more. The beings faded out. The changes began. Slowly, inexorably. I soon realized I had been captured. There was no getting out of it. The "Shanghaied" poem at the start of Part One of my book sums it up, but the details far more excruciating. I came to know the two beings were Jesus and Archangel Michael. Later, Melchizedek joined them. They existed long before the Bible ever dreamed of being written.
Belief is for people who do not have direct experiences. I would be insane if I thought I could provide empirical proof. And, no one can disprove what I say I experience. I have not had much luck conveying any of it to Christians, which probably does not surprise you. Nor have I had much luck conveying any it of it to non-Christians. That is the way is.
Jamie
Am a skeptic so I question whether or not what you are explaining to me is actually real. Why should anyone believe or even care what you are experiencing? Evidence is everything so I will quote Christopher Hitches: That which is claimed without evidence can be dismissed without evidence.
A Fool's Work Never Ends
Suit yourself. I once believed that being hit in my testicles would really hurt, but it was simply belief. One day, I misjudged a hot ground ball and it hit me in testicles. I no longer believed, I knew it really hurt.
No way you can possibly imagine being captured by angels, unless it happens to you. I suppose the book is for people in that predicament, or will be. Ciao.
Jamie
If you are saying you have direct experience with angels and demons you must agree that you have to give direct evidence for your claim otherwise your experience cannot be taken seriously. If you say no one can disprove it you are right...which is a logical fallacy that you need to acknowledge. I could tell you that I have direct experience with aliens and say the same thing. Hence the fallacy that you are making.
I actually DO have experience with testicles since I have what is called a vericocele which is when the veins in the testicles become enlarged and they hurt like hell. So you can damage your testicles just like any other part of your body. If you believe in angels and demons then ghosts and vampires are not that far away from belief in your future.
A Fool's Work Never Ends
Metaphorically, there are lots of vampires. Never knowingly experienced a ghost, but know people who say they did and had no reason to doubt them. Have had direct encounter with alien space craft. Three people with me refused to look up and see it doing humanly Impossible aerial maneuvers. I read few times that Caribbean aborigines may not have been able to see Spanish explorer ships approaching, because they had no frame of reference. In olden times people risked their lives saying the earth was flat and the sun didn’t revolve around it. Church people talk often of angels in the Bible, but I have not met many church people who will say they had direct experience with those angels, and when I tell church people about my experiences with those angels, they don't seem to believe me. Nor do you believe me. Perhaps an angel will treat you to a different experience. If that happens, will you accept it for what it is is, or will you spin it to agree with your perspective?
Jamie
Everything you can think up can exist metaphorically but we all live in the same reality unless you can prove there is another which would give you the Nobel Prize. Same holds for ghosts and aliens.
A Fool's Work Never Ends
Yes, we all live in the same reality, but we each see that reality differently. You seem to have stepped away from the herd, which is a good thing, but in stepping away, have you reacted so strongly that you constricted yourself so tightly that you see only what you want to see? If an angel presents itself to you, will you pretend it didn't happen? Or will the angel present in such a way that you simply cannot pretend it didn't happen? In which case, will you hold silent, because you worry telling others about it will cause you to look stupid, or like you are crazy? Angels, and God, have terrific senses of humor. They don't think at all like human beings. They are as real as you and me, a tree, a butterfly, a dolphin. But that's for you to learn sooner or later, in this life, or thereafter.
Jamie
I invite you to call the Atheist Experience show that is broadcast live every Sunday at 4:30 and discuss this with the hosts. They are a live call in show who are atheists that want to hear from believers like yourself and encourage believers to call the show about their story to see if stands up to scrutiny. Call them if you want to discuss this further if you like to have your beliefs challenged.
https://www.youtube.com/watch?v=FGO5ukn5C2U

sloanbashinsky@yahoo.com
Posted by Sloan at 11:35 AM