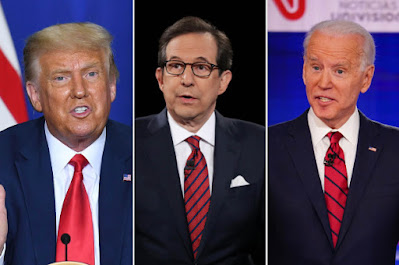 I felt when I turned in last night that today's blog post would be private Facebook Messenger chat with my gypsy van dweller friend featured in the last two posts at this blog. The chat began during last night's presidential debate. However, my dreams last night were not kind to my using that chat in today's blog post. In fact, the dreams left me feeling I had missed the entire point of watching the debate last night.

I told my friend numerous times that the moderator, Mike Wallace, a FOX anchor, lost control of the debate.

Perhaps that was a good thing, for it allowed the viewing audience to see both candidates through whatever lenses the audience wore. However, I ran for public office 10 times in Key West and the Florida Keys, and I know what campaign forum and debate moderators can do to control the candidates and help provide what the viewing audience are entitled.

I told my friend that Trump's constant interrupting of Biden, even while being repeatedly asked by Wallace to stop doing it, showed how Trump really feels about law and order. It showed Trump is an anarchist. It showed how he will behave if he does not win in November.

I read several articles online this morning about the debacle, which I doubt changed one Republican, MAGA or Democrat mind, left undecideds undecided, and left me feeling once again that I am a disenfranchised voter

Last night, Trump repeatedly said he paid millions of dollars in income taxes for the years he was reported to have paid $750 or nothing in income taxes. Neither candidate offered any intelligent or reassuring plan for dealing with the coronavirus. Perhaps those two topics, and Trump's Russia and Saudi Arabia connections, and Biden and his son's Ukraine and China connections, should be the topics of the next debate, and any wandering off topic be met by the kill switch.

Hey, life begins at conception Supreme Court nominee Amy Coney Barrett, have you ever read Genesis 2:7 KJV: And the Lord God formed man of the dust of the ground, and breathed into his nostrils the breath of life; and man became a living soul. 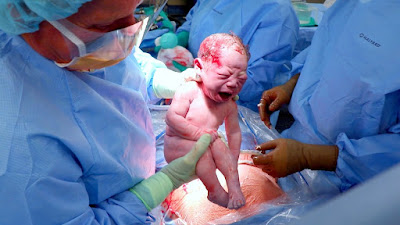 Parts of a much longer often acrimonious Facebook discussion spawned by:

Anastacia did not respond Craig Burrows' comment, nor to any of my comments.
Might be interesting trying a when human life begins case in a U.S. District Court, say, in Texas? I would call Christian-right Republican U.S. Senator Ted Cruz as the first witness. After Senator Cruz puts his hand on a Bible and swears to tell the truth, the whole truth, and nothing but the truth, so help him God, I ask him if he is an attorney? He says, Yes. I ask him if he is a Christian? He says, Yes. I ask him if he is familiar with what's in that Bible? He says, Yes. I ask him if the Bible is literal the Word of God? He says, Yes. I ask him to open that Bible on which he swore and read to the Court, Genesis 2:7. After he reads "And the Lord God formed man of the dust of the ground, and breathed into his nostrils the breath of life; and man became a living soul" to the Court, I ask Senator Cruz if he cares to contradict Genesis 2:7, God's Word?
Rafael Edward Cruz is an American politician and attorney serving as the junior United States Senator for Texas since 2013. He was the runner-up for the Republican presidential nomination in the 2016 election. Cruz holds degrees in public policy and law from Princeton University and Harvard Law School, respectively. Wikipedia
sloanbashinsky@yahoo.com
Posted by Sloan at 8:40 AM No comments: