political messages from a parallel dimension 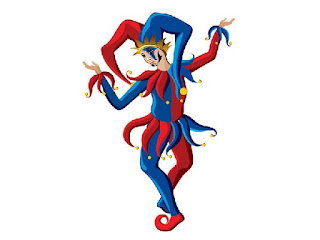 Key West amigo Rick lamented that I told a Trump praiser to take a hike in yesterday's post: Who has the nuclear bonkers code in war bonkers America?

Sloan, I agree with you, but I vote for keeping Frank in.  I want to know what the opposition is thinking.  FYI, even the least conservative Fox "news" shows (Hemmer and little gal) did not have anything on the relief bill for three days straight--50% Cuomo and Zeuss (their one-hour-week WSJ show led off with the bill, rightly saying the Dems had learned in the Obama years not to waste any time trying to get a single Repub vote--but the WSJ newscasters are not hired by Fox.)  Other shows I used to be able to watch, like The Five, have gone full-time Dem bashing. Currently, trhe Republican platform is full time pro-Trump and anti-anything the Dems are for.  When audit Fox, I just fast-forward while reading the banner, which says what they are talking about.

Hi, Rick, and thanks -
Frank made good points, but I'm really tired of dancing with people who blindly defend and promote Donald Trump. I give them a while to speak, see if they are capable of dealing with Trump honestly, and when they don't do that, sometimes I end it. I watch CNN, because it runs continuously and does actually report breaking news, albeit slanted left. I was impressed to watch CNN commentators take Joe Biden to task for not sanctioning the Saudi crown prince that had the Saudi journalist abducted and sawed up, because he had written the truth about the crown prince. America sells lots of arms to Saudi Arabia, and Trump certainly continued that.
The entire Middle East is a giant sulfuric quicksand swamp for America, has been since America helped foster Israel coming to be. That enraged Islam. After that, America seemed to go out of its way to enrage Islam. Soon after 911, angels told me that the U.S. should get out of Middle East altogether and let Islam and Israel work it out or fight it out. Made sense to me. Both sides had the same common father, Abraham. A family feud. But American Christendom could not let it alone, that would screw up the Bible prophesies. Or, perhaps not leaving it alone screwed up the Bible prophesies? In any event, America declared war on Islam, and Islam responded and will continue to respond, as Allah commands in the Koran, where, as in Genesis, God told Abraham Ishmael's seed would become a great nation and would cause Isaac's seed trouble. Islam views Ishmael, not Isaac, as the son God promised Abraham. A great big mess.
Frank hammered Bill Clinton. Back when hell was in session in Bosnia and thereabouts, and UN Peacekeeper forces were sent in, including American troops, Clinton loaded a US military plane with top American corporate officials and flew them over there to explore business opportunities. While they were hopping around in that plane, it crashed and killed all aboard. I wrote to Clinton, said it was good to try to restore peace in that region, but that was not an invitation to send in American capitalists to exploit. Thus, the plane crashed.  A Republican friend had a conniption upon hearing of what I wrote to Clinton. I had written to him when he was still Governor of Arkansas, vying to be the Dem nominee. I told him, because he had opposed the Vietnam war in his youth, if he got elected president, it would be his mission to make a national apology for America to Vietnam. He did that during his 2nd term. I think that was why he was teflon when the Repubs tried to get rid of him over Monika Lewinsky and White Watergate. Hell, sorry as Bill and Hillary could be, they didn't incite a violent coup attempt, which atrocity the God and most of the country right gave a pass.

Thanks for the private column, but I think it deserves wider publication.
I agree on family feud between Israel and Islam.  Why the hell we think we have to meddle everywhere, I don't understand.  Respect rights of others to work things out themselves without our "help."
Didn't know about the plane crash.  Have to look that one up.
I'd like to think your letter to Clinton about Viet Nam helped.  Something we did right, apologizing.  Amazing Japanese still haven't re atrocities in WW2.  Germany waited a while but in fact did.

I thought it might head toward a blog post.
I had written to Clinton about something I don't now recall, and he had responded, or someone had for him. I sent him a copy of  my romp novel, Kundalina, Alabama, which still sometimes shows up in used book stores online. Don't recall hearing back from Clinton. It was sometime later that I wrote to him about the airplane crash.
I'm looking at our new president and can't wrap my mind, or any part of me, around him opening America's borders during a pandemic, and he's telling Americans to continue wearing masks, social distance. Bizarre squared. And, he's providing the incomers free medical? For real?
I didn't think Trump closed the borders tight enough. I would not have let in any immigrants, Norwegians, Saudis, Israeli relatives, or anyone. Instead of his great wall, I would have brought the troops home and camped them all along the southern US border.
If I were in the US Congress, I'd vote to build a great wall around the Capitol, topped with electric razor wire to repel Trump and any future zombie mobs.
As for Japan never apologizing for its atrocities in China and other parts of Asia, saving face was then and perhaps remains way up there in Japan, as well as China. Had the Japanese carrier force completed its mission, America's vast oil storage reserves on Hawaii would have been vaporized and that might have resulted in Japan now owning all of Asia and the Western Pacific island nations, Little Joe and Fat Boy would not have been dropped to intimidate the Russians from invading northern Japan, the nuclear arms race would not have happened, Russia would have invaded Alaska and taken it back, Texas would still be the largest state in America, and a fellow named Donald Trump built giant casinos all over Mexico and caught Montezuma's  revenge and went to a native Mayan shaman to be healed and was turned into an armadillo, about which Willie Nelson, Waylon Jennings and the gang would write and sing many top hit songs and get super rich and buy Russia and give it to Santa Claus.

You overflow with vivid images.  Angels be danged, it must be fun to be inside Sloan's brain!

The whiney pos who claimed the election was stolen from him by mail ballots, requested a mail ballot for upcoming Florida elections. Apologies to pos, he is their shit. I wonder if he ever did anything without an agenda to profit from it? Maybe some day he will get to be on the receiving end of something like the Capitol riot, his Secret Service detail overrun, the gallows moving toward him, but, wait. Why not just zap him with bear spray and tar and feather him and strap him on a cruise missile headed to Cuba. 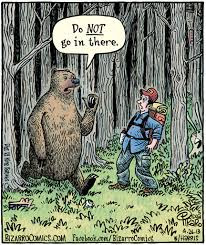 sloanbashinsky@yahoo.com
Posted by Sloan at 8:53 AM