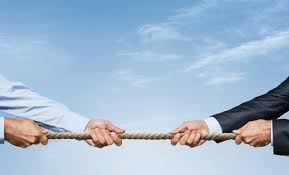 Yesterday, Someone dropped an Orwellian 1984 bomb on me:

Tucker Carlson just had the White female Emergency Doctor that was in that banned Video.... she was fired and her website taken down.... they even try to interfere with the live Transmission! This is really disturbing! Maybe you should stop writing about this on your blog! Leave me out of it!
Dr. Simone Gold on Tucker Carlson 7-30-2020

I replied to Someone:

Well, hello. A sho nuff real witch hunt. Carlson spins it as Joe Biden/Democrat plot to beat Trump in November. Based on my Facebook experiences with Democrats, they flat oppose Dr. Zelelnko's cure and view me as crazy for preaching it. Maybe they really do want no cure before November. Yet, I can't ignore the Dark Side of the Medical Force wants Dr. Zelenko's cheap, fast Covid-19 cure burned at the stake.

Someone also dropped this pro Dr. Zelenko Covid-19 triple cure protocol NEWSWEEK opinion letter on me. The author's medical credentials are super duper. He historically writes about mainstream medicine, this is departure.
https://www.newsweek.com/key-defeating-covid-19-already-exists-we-need-start-using-it-opinion-1519535

Thanks, I was sent the same Newsweek piece by a good friend in Key West and earlier by an old Birmingham acquaintance.

My Key West friend, who is a Republican, said he was encouraged that a mainstream magazine had published the letter and he hoped that was the beginning of a shift in opinion about Dr. Zelenko's triple protocol. My friend said he knows several doctors using Dr. Zelenko's protocol with good results.

As you might have guessed, I said it's time those doctors go to Washington D.C. and stand before the U.S. Supreme Court building and make public proclamations for the triple cure like the Front Line Doctors recently did.
My Key West friend sent a link to the online petition to make hydroxychloroquine over the counter, the petition sought 100,000 signatures in 30 days. I signed the petition and told my Key West friend 100,000,000 signatures will shake things up nicely. Here's a link to the petition.
Make hydroxychloroquine available over the counter. | We the People: Your Voice in Our Government

The Birmingham acquaintance sent me a link to an article about another doctor with super duper medical credentials, who uses the triple cure in his medical practice.
Local doctor pushing proven treatment of COVID into national debate

Dr. George Fareed, like Dr. Zelenko and the front Line doctor Stella Emmanuel, use the triple remedy to cure Covid-19 patients BEFORE they have to go to a hospital where the triple cure does not work as well. Those front line doctors give the triple cure to patients presenting symptoms that MIGHT be Covid-19, BEFORE the patients are tested, because the longer treatment is delayed after symptoms onset, the more difficult the symptoms become and the more difficult for the patients to get well and avoid HOSPITALIZATION.

So no f-ing wonder paranoid conspiracy freaks like youse and mes just naturally can't help wonder if there is a .... conspiracy afoot, and witch hunts, to silence doctors using the triple protocol, because they dare to steal patients, rhymes with $$$, from hospitals and pharmaceutical companies making new, expen$ive drug$.
Not only are the front line triple cure doctors attacked, burned at the stake like the front line doctor interviewed by Tucker Carlson, fast, cheap cure, doesn't rhyme with $$$. So, hydroxychloroquine is attacked. It will cause heart failure.

Dr. Risch shredded that argument in his letter.
I have seen that argument shredded many times.
Millions of people take hydroxychloroquine for decades, who had malaria, lupus, rheumatoid arthritis, and where was the heart attack hue and cry for them?
How is a patient taking the triple cure for 5 days, or even 10 days, more at risk to heart failure than patients who take hydroxychloroquine for years?
I read online two days ago that a German study found Covid-19 causes heart damage in many patients, so, duh, not giving them the triple cure early on caused them to have HEART DAMAGE. Excerpt from article, followed by link to the full article:

I say medical doctors, hospitals, AMA, FDA, CDC, WHO, pharmaceutical companies' efforts to prevent nilly willy early use of the triple cure are guilty of medical malpractice and crimes against humanity. I say lay people who side with those criminals are accomplices. I think fitting karma is they catch Covid-19 and are banned from using the triple cure. Let them fill the hospitals and cemeteries, while everybody else who shows Covid-19 symptoms is given the triple cure pronto.
Meanwhile, I have stocked up on quercetin, which Dr. Zelenko said can be used instead of hydroxychlorquine to drive zinc into body cells and stop Covid-19 replication. Dr. Zelenko said to use 1000 mg quercetin per day. 1000 mg vitamin C a day helps quercetin and zinc along. Right, the opposers of hydroxychloroquine don't get to use quercetin, either. I imagine Mother Nature will be happy for Covid 19 to kill a few billion people.

If hydroxychloroquine were available over the counter, Americans could defeat Covid-19 and save America (ditto rest of the world) 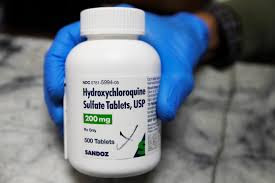 Woke up this morning and found a cordial hydroxychloroquine discussion in my Facebook  timeline:

July 29, 2020·
WARNING
Which Bham area hospitals and doctors will give patients Hydroxychloroquine + Zpac, if requested by the patient or patient’s treating doctor for treatment of COVID-19?
You need to know before you get COVID-19 and especially if you are hospitalized with COVID-19.
If the aforementioned drug cocktail is not on that hospital’s approved drug protocol for treatment of COVID-19, your doctor cannot order the drug if you are admitted in that hospital. Ask your doctor, find out if your preferred hospital allows treatment with this drug cocktail,

sloanbashinsky@yahoo.com
Posted by Sloan at 10:02 AM No comments: