one Republican nation under guns 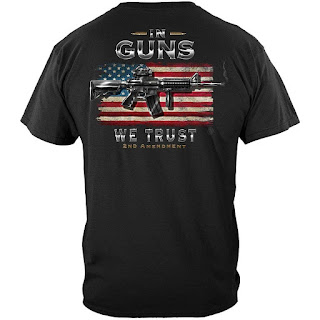 Two people replied to the Facebook post below. I dated Lee Ann a while in Key West, she has psychic abilities. I met Walt Lagraves at his request, when when he and I published regularly at bigpinekey.com's popular Coconut Telegraph public forum, where Walt was known as From The Right (FTR).

I wonder how Republican U.S. Senator Ted Cruz would respond if his wife and children were shot in the Boulder, Colorado grocery store?

I can imagine the Devil really likes shooting massacres, and likes just as much free access to such guns.

A well regulated Militia, being necessary to the security of a free State, the right of the people to keep and bear Arms, shall not be infringed.

Looks to this once Birmingham practicing attorney that the well regulated preamble is utterly absent in America.

I wonder how Republican U.S. Senator Ted Cruz would respond if his wife and children were shot in the Boulder, Colorado grocery store?

Right on Sloan!
Sloan Bashinsky
Maybe Cruz would say, if all those grocery shoppers had been similarly armed, they could have defended themselves? Maybe Cruz would say, if all those grocery shoppers had been as good and faithful Christians as he, God would have protected them from the shooter? Oh, but that dodges my question. What would Cruz say if his wife and children were shot in that grocery store? Would he pray for the shooter, as Jesus counseled? Or, would he be howling for the death penalty? Armed guards in grocery stores? And blame it on the Democrats for grocery stores not already having armed guards at the front entrance and in every aisle?
Lee Ann
Sloan Bashinsky my daughter, husband and girls live in Boulder and are devastated by the shooting the girls were about to go to the market for a coloring book but their intuitions said NO. They would have been there and possibly victims. The whole community is devastated.
Sloan Bashinsky
I lived in Boulder 1987-95. Can imagine there still are plenty of people like Ted Cruz and Walt Lagraves below living there, who seem far more devastated over the threat of something finally being done to make it harder for deranged people they have been aiding and abetting to get guns since the Columbine School massacre. If the Cruzes and the Lagraves can’t connect those geographical dots, how can they possibly have a clue about God? Theirs is one nation under guns.
Walt Lagraves
Sloan....I have a special message for you from the Angels. On the day that that deranged man took up a semi auto rifle and brutally murdered those poor souls in Boulder......about 30 million similar semiautomatic rifles remained quietly in their cases, closets, or racks. Not a one of them jumped up and set about killing humans....but a deranged human did. The problem is not the firearm...it is the human. I know that you consider yourself a man of great wisdom.....so I suggest that you counsel with your angels and devise a scheme...and I specifically choose that word....to determine when a human is about to become deranged...and then a scheme to preclude him or her from becoming deranged. When you do....check back in. BTW WTF does Cruz have to do with this. He has just about as much as you do.
Sloan Bashinsky
The problem, Walt, is the firearm is easily obtainable by deranged people, thanks to people who think like you and Ted Cruz. So, how about Cruz propose a bill in Congress, that anyone who sells a firearm to someone, who ends up murdering people in schools, grocery stores, clubs with it, be prosecuted for murder, too. Although perhaps more fitting, said gun seller, and all people who think like you and Cruz, have loved ones murdered like the people in the Boulder grocery store, Columbine School, the Atlanta spa, etc. were murdered.