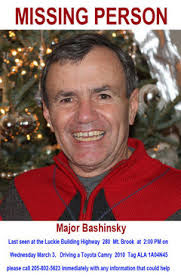 When a Key West amigo called last night to see how I'm doing, I groused that I'm about 50 percent of what I was before the prostate cancer radiation treatment, which ended about 2 months ago. The side effects nearly killed me, I'm sure plenty of people are disappointed I'm still here, some people are glad.

For example, I recently discovered someone else's extensive  anonymous blog about things I am constrained to address publicly. In a nutshell, the blogger really doesn't like someone I know. However, in one post, the blogger took brief swipes at my younger brother Major and me, and I went to work on a reply, which I learned when I tried to post it this morning, exceeded the allowed length for reader comments at that blog.

Entirely by chance, if you believe in such, I stumbled across your blog the day before yesterday, May 19, 2021, and started reading. I read a good bit more yesterday.

In this blog post, you wrote that my blog (afoolsworkneverrends.blogspot.com) reveals I am self-absorbed and arrogant and like to hear myself and am crazy as a loon. I often have been called those things and worse. People can go to the blog and my Facebook page and draw their own conclusions.

Regarding my brother Major's suicide made to look like murder in early 2010...

The journalist called and we talked perhaps an hour, mostly about Major, his and my relationship, and our father and his company, Golden Flake, where I had worked summers in high school and college, and four years full-time before I started practicing law in Birmingham.

The journalist asked if I had any thoughts on what happened to Major? I said, since he had asked, I was a mystic, and about half hour before he called me, it came to me out of the blue that Major killed himself and tried to make it look like murder.

The journalist said cold chills were running up and down his spine, because at about the same time, the same thought came to him from out of the blue. We agreed that he should not put that in his article, if he wanted the article to be credible.

I reported all of that at goodmorningkeywest.com and goodmornningfloridakeys.com that morning and started receiving emails from Alabama people I knew and did not know.

After the News reported the city police detective and county medical examiner's findings, suicide made to look like murder, reader comments at the News blog predominantly rejected the suicide finding.

My brother's first wife and their oldest child, named after me and my father, told me they thought Major had killed himself and tried to make it look like murder.

The blogger later published there was no stippling at the bullet's point of entry on Major's left temple. Therefore, the pistol found in the golf course pond under Major's body could not have been fired by Major and was fired from some distance by someone else.

I posted a comment that the medical examiner's report stated there was stippling at the point of entry. The blogger published it was an honest mistake. His loyal readers sided with him. The blogger continued postulating I had Major killed.

The pistol was a vintage Browning .32 automatic.

The FBI report, which I obtained the next year via Freedom of Information request, said the same kind of pistol was in a plastic display case in the den of my father's home. That was not reported by the Birmingham News.

I published all of that at my Florida Keys blogs and newly created goodmorningbirmingham.com, and that it would have been just like Major to see that pistol at his father's home and go out and find one just like it.

A while after the goodmorning blogs were replaced in 2017 by afoolsworkneverends.com, someone told me that he had read my blogs since Major went missing, and he had tracked down the gun dealer who sold Major the vintage Browning .32. The dealer said Major had paid him a lot of money to find the gun.

The fellow also said he had tracked down gay men in Birmingham, who told him what I had published at my blog after Major went missing was true: Major was bisexual in the closet, and someone who knew it was threatening to out Major and that's why he killed himself and tried to make it look like murder.

I published all of that afoolsworkneverends.blogspot.com.

I think you should disclose in your blog posts why you launched your blog, so your readers can understand just how truly personal to you it is; that it is not driven purely by humanitarian concerns. All of which perhaps could have been avoided if you had talked with me and some people I know before you got into what later caused you to launch this blog.