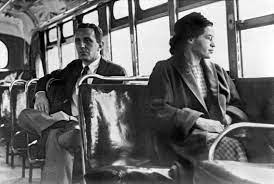 Who can post that they didn’t watch one single or part of an NBA game this season!!

Sloan BashinskyMe, so far. Don’t care for pro basketball, nothing to do with politics, admire the players’ athletic ability and dedication, without black players doubt there would be pro basketball, which would carry on nicely without white players. Their kneeling during the National Anthem seemed fully justified to me. Lots of white right Americans didn’t like it. Perhaps in their next lifetime they are born into black families in Alabama, Mississippi, Detroit. Minneapolis.

Below is the 2nd chapter in A FEW REMARKABLE ALA BAMA PEOPLE I HAVE KNOWN (https://afewremarkablealabamapeople.blogspot.com/), about the black woman who loved and raised me as her own.