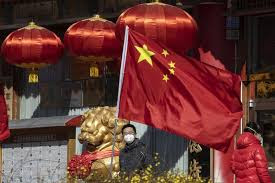 Sancho Panza dropped by to play:

Good Morning Viet Naaaam!!!!
Me:
I think the Wuhan biolab article should be featured on all FOX and CNN shows. I think ass-u-me Covid-19 "naturally evolved" is about as smart as ass-u-me pigs fly.
I think red China very much intended to cripple, or worse, nations it viewed as threats: India, U.S., Russia, for examples. I think red China has no clue yet what it invented and it got loose. I have seen reports that red China had a whole lot more Covid-19 deaths than it let on.
I think vaccinating children is not necessary and could be harmful. From what I have seen reported, children, in the main, weather Covid-19 a lot better than adults.
I think there has to be danger in the vaccines, as fast as they were developed. Yet, I think that danger is a lot smaller than the danger of the adult population not being vaccinated, and Covid-19 keeps mutating, and becomes a way of life in America and everywhere else.
I don't imagine Covid-19's actual destruction (economic, social, psychological, spiritual, etc.) can be measured in a lab or hospital or on TV. I think a great deal of the rancor in America today, for example, is rooted in Covid-19 turning most people's lives upside down and inside out. They can't take their distress out out on Covid-19, or on red China, so they take it out on substitutes.
Sancho
I agree with the main gist of everything you summarized below,  but would add that it is not just China that's involved, there are many "players" using fear to do a lot of social reengining and psychological/political conditioning... that's not new, but it has reached 1984 caricature levels...  just listen to the MSM's 24/7 sales pitch, disguised as news!
The last paragraph of your missive(quoted below) is very incisive and clearly true, yet most people have no clue who's pulling the strings.....

"I don't imagine Covid-19's actual destruction (economic, social, psychological, spiritual, etc.) can be measured in a lab or hospital or on TV. I think a great deal of the rancor in America today, for example, is rooted in Covid-19 turning most people's lives upside down and inside out. They can't take their distress out on Covid-19, or on Red China, so they take it out on substitutes."

Me
I'm not inclined to blame Fauci, Big Pharma, the media, for examples, for what red China did. I think that's a very nice rabbit hole to go down and miss the yawning Yangtze chasm nobody is allowed on Facebook to mention.
Do you include FOX in Big Brother's propaganda farm? Looks to me the Republican Party has moved into a parallel dimension where pigs are cows and both fly.
Sancho
I see things as they are... unlike you! Yes, Fox is part of the Fraud! Oink!

A false representation of a matter of fact—whether by words or by conduct, by false or misleading allegations, or by concealment of what should have been disclosed—that deceives and is intended to deceive another so that the individual will act upon it to her or his legal injury.

Fraud is commonly understood as dishonesty calculated for advantage. A person who is dishonest may be called a fraud. In the U.S. legal system, fraud is a specific offense with certain features.

Me
If you saw through my eyes, you might wish you had no eyes.
Sancho

I know what you mean, Sloan! But look, you and I are both very much outside of what most people would consider "main stream" and are classic examples of existential cognitive dissonance, yours, spiritual; mine rational... we both have almost no earthly allegiances, other than family... about the main difference is that you have been processed in a filial procrustean bed....  and still believe in Santa!

Me
Actually, I've met Santa up close and personal, and he ain't nothing like what capitalism invented.