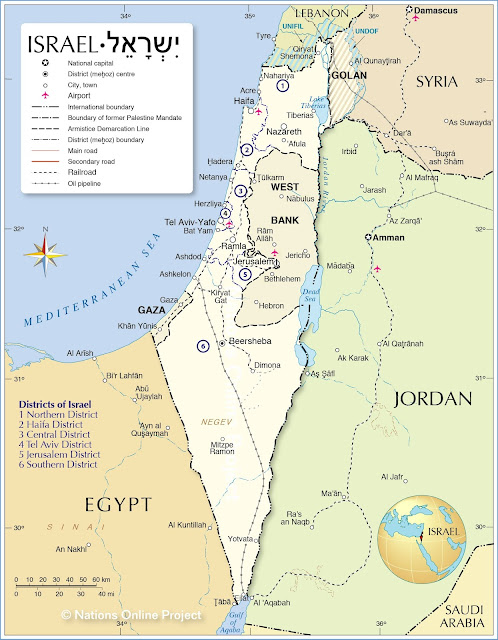 In a nap dream yesterday, I was told I was a tax lawyer. Once upon a time, I was a tax lawyer, but for a long time now, when I dream of taxes, it's about spiritual taxes - karma. On waking, I pondered something in my personal life, which involved the kind of taxes I once learned about in law school and advised clients in my law practice, and the karma attached to it. Feeling I had dealt with it as well as I could, I turned my attention to something I had posted on Facebook.

Sloan BashinskyIf Biden says to Israel, fix this now, or no more U.S. money, other aid, including military, that might cause Israel to fix it. And, it might cause Israel to turn elsewhere for what it is getting from the U.S. And, it might cause many American Jews and probably most Republicans and probably all MAGAs and probably all conservative Christians to howl for Biden's head.I saw online news report today that Putin views the situation as a threat to Russian security. Perhaps if Putin really believes, for example, that Israel has nukes, that Israel thinks perhaps Hamas gets rockets made in Russia, or in China, or in wherever, that if Israel goes around the bend, it will unleash its nukes on places precious to Russia, Iran, etc., perhaps Putin might have a prayer meeting with Hamas? Perhaps Red China might wish to weigh in, too?If I were Islam, I would worry if it gets really bad for Israel, it will nuke Mecca and Medina.I read a novel many years ago about Israel being backed into a corner, chose nukes and hunkering down and letting the rest of the world learn what it was like to be oppressed, too.

DavidWe should never have allowed Israel to have nuclear weapons. The whole world is just waiting for the other shoe to fall.Sloan BashinskyDon't think we allowed it, but did all possible to prevent it. I think Israel teamed up with the Republic of South Africa to develop nukes and delivery systems, but might not get anyone to admit it,Perhaps Americans should ponder who developed nukes first and used them. Imagine "patriots" taking over and activating missile silos in, say, Iowa, Montana, Arizona, Utah, or wherever they are. Might be a bit stranger than Dr. Strangelove could have imagined.

After the nap dream, I posted:

Sloan BashinskyAs for Israel, once upon a time, I had a very close friend, who was a non-practicing Jew, deeply involved in New Age, Yoga, Taoism, organic foods, pure water. Although non-practicing, he reacted emotionally violent to anything he perceived as anti-Semitic.He and I were inducted together, by angels, as partnered students in a really intense spiritual training, the likes of which I had never read of heard, and I'd been run by angels for a while, whereas he was new to it.He was given what seemed to be perfect spirit hearing, and several times a day we talked on the telephone (we lived in different states) and he reported what he was hearing in the moment about this and that in which we respectively were involved, and sometimes he was told about more general matters. He was told we were in Christ disciple training.One day, something led to us talking about Judaism. At that point, my friend said he was being told that the Jews' long travail and the Diaspora and the Holocaust were rooted in the Jews having rejected the Christ. My disheveled friend asked what I thought? I said I had thought that for a while. But you never said it?, he asked. No, you would have gone ballistic, I replied.That said, I have Jewish blood, but was raised Christian. Two of my Polish Jew ancestors came to America in their youth quite a while before Hitler and the demon running him captured Germany. The rest of my Jewish ancestors were killed by the Nazis possessed by the same demon. Something as bad and as massive happened to Jews trapped in Russia.After the Allied Forces defeated Nazi Germany, America did not open its arms to receive Jewish refugees from Germany, eastern Europe and Russia. Nor did Britain and France. Understandably, many Jews wanted nothing more to do with Germany, Russia and Eastern Europe. Many Jews held dreams of returning to the region of their distant ancestors. With Britain and France's help, and also America's, the state of Israel was carved out of predominantly Muslim-held land. The seeds for World War III, or Armageddon, were planted.There are devout Jews who are far more interested in their relationship with God, than they are in what other peoples think about them. There are devout Jews who are perfectly comfortable with taking down Gentiles and Muslim nations, and other nations, in the course of being God's chosen people, according to their Scriptures. Times have changed, nukes proliferate. Israel has nukes. Threatened with extinction, Israel will use its nukes.DavisGreat epistle Sloan... I'm for the Jews in Israel defending themselves anyway they can . hopefully nukes won't be necessary but a " good offense is a good defense" ! AMENSloan BashinskyI see nothing good about nukes, anywhere.