Why did Brooklyn Center, MN mayor fire city manager who called for due process for cop that killed Daunte Wright? 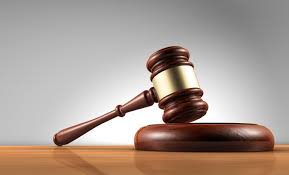 Alabama Republican former prosecutor replied to yesterday's post: How did 26-year veteran white cop who killed black Daunte Wright mistake her pistol for her taser if she carried her pistol on the side of her dominant hand and her taser gun on the other side?

RobertOf course she should be taken out and executed immediately. To give her due process would be racist. Of course when the City Manager suggested that, he was fired.And of course the only rational course for the citizens is to loot and brun without any consequences.Sloan BashinskyRelevance of your comment to how this 26-year veteran cop president of her police union confused her pistol for her taser?RobertThe all knowing should tell us. I have no idea what was on the female officer's mind. She has already been charged with manslaughter and the investigation has just started. The Capitol Police officer who shot the unarmed female air force veteran will not be charged. Equal Justice under law?Sloan BashinskyYou have told me that you are a former prosecutor. If that is true, then you know the Capitol police officer was not charged for shooting a woman in a huge white mob that broke into the Capitol to get to the U.S. Congress to stop them from certifying Joe Biden beat Donald Trump. The officer was defending Congress and himself, which was his job. What possible relevance does that have to what the white Minneapolis cop did? It has no relevance, other than in your own mind. That said, the white Capitol mob should have given thanks to God that the Capitol police did not empty their guns into the white mob, which would have been within the line and scope of their duty to protect U.S. Congress and themselves.Sloan BashinskyAs for the white female cop who killed black Daunte Wright, looks to me she is receiving extraordinarily swift due process, and the many mixed-race protesters in Minneapolis area are model citizens compared to the white mob that attacked the U.S. Capitol. I ask you here what I asked you several times on your Facebook and you never answered: Are you a person who thinks blacks stole the 2020 presidential election?Sloan BashinskyAs for the city mayor firing the city manager, both men are black. I don't know the chain of command in Brooklyn Center, MN. In Key West, the city manager hires and fires the police chief, and the city manager is hired and fired by the city commission.I can imagine the Brooklyn Center mayor was very concerned there would be violent riots if the white cop, who allegedly mistakenly shot and killed Daunte Wright, instead of tazing him, was allowed to remain on the police force.I can imagine the mayor was very anxious to prevent violent riots. So far, the protests have not been violent. The white cop resigned, but I can imagine she was given that choice and keep her benefits, or be fired and perhaps lose some of her benefits.I wonder if the city manager was not willing to fire the police chief because the chief had not fired the cop? I wonder if the police chief also was given a chance to resign, or be fired?What rights to due process in the city government that cop had were tiny compared to the monstrous damage she did to Daunte Wright and his family and friends, and tiny compared to the monstrous danger to violent riots she caused Brooklyn Center. A lot more monstrous if violent riots occurred because she was allowed to remain on that police force.There still might have been violent riots had the prosecutor not swiftly charged the cop with 2nd degree manslaughter.I can imagine the cop and Brooklyn Center will be sued for lots of $$$ by Daunte Wright's family, and if the mayor had not taken swift, decisive action against that cop, that might have put the city at much greater financial exposure in such a lawsuit.