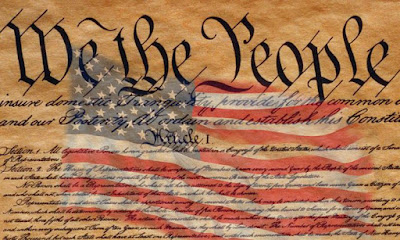 All persons born or naturalized in the United States, and subject to the jurisdiction thereof, are citizens of the United States and of the state wherein they reside. No state shall make or enforce any law which shall abridge the privileges or immunities of citizens of the United States; nor shall any state deprive any person of life, liberty, or property, without due process of law; nor deny to any person within its jurisdiction the equal protection of the laws. (But it's okay for white cops to do the prohibited acts?)

Two liberal white women I got to know when I lived in Key West responded to white Alabama Republican former prosecutor Robert's and my not exactly friendly discussion reported in yesterday's post: Nothing like a white cop killing a black suspect to bring out monsters

Lee AnnDaunte Wright was a kid who had made a mistake which should not have determined his lifelong fate. Yes, the cop who shot and killed him made a mistake, and I would not want to be her and have to live with her wrong choice. Would a prison guard put the wrong person to death and say, "Oh, sorry, wrong guy," and have gone scot free? No, I doubt it. There is no room for margin of error for a police officer holding an instrument of death. They are more responsible for human life than a surgeon. She should be held highly accountable. Throw the book at her!Sloan BashinskyFrom what I am seeing on Facebook, it is the general Republican position that Wright deserved to be shot and killed. I'd like to see God throw the book at them. I think the lady cop needs to explain to the public how she shot Wright with her Glock by mistake, instead of with her taster, when she was shouting "Taser, Taser, Taser!"Lee Ann Yes, that makes it even fishier to me.She is a marked woman, just as you said, if not in prison, she will need constant protection all the days of her earthly existence. With her fair hair and blue eyes, she is like a decoy that will attract, attract, attract!Sloan BashinskyYou and I know, from a God perspective, or from a karma perspective, the best way through this for her is she comes clean, apologizes, and leaves it up to a judge to sentence her after he/she sees all the evidence. If she goes the way of the white male cop who killed George Floyd, she will create karma that might take a while to resolve. And, yes, she has made herself a target, and for the rest of her days, regardless of how this homicide case plays out in the courts of Caesar, she will be looking back over her shoulder.PeggyWhen there are multiple cops around a person, why can't they try to talk with him? Why is the mindset always to hurt the alleged perp? I don't remember it being this way several years ago. None of the cops I worked with in the sexual assault program, and I worked with cops and detectives from every police department in Palm Beach County plus the Sheriff's Office, had that mindset. They talked with the alleged perpetrator and no shots were fired. I don't understand why that had to change, why it's always pull out the taser or pull out the gun (more often than not). Someone told me who seemed to be in the know that the cops all got Israeli training these days. Whatever it is, I find it so darned sad, because there are a lot of young people, primarily African-American, who might be living productive lives now if it weren't for the shoot first mentality that's in too many law enforcement officers.Sloan BashinskyI'm pretty sure the cops tried to talk with Daunte, perhaps not politely, and apparently he did not comply, which is on him. But did he do something so bad as to be shot and killed? I have seen nothing in the news that would justify that outcome. So, I have a different perspective; the root is white supremacy, which seems to have infected the Republican Party at its deepest levels; and, the Republican Party, in the main, literally hates Democrats.Lee AnnIt is white supremacy. I come from a Republican family that was educated white superior but never mean nor close minded. Had he lived, I am certain my Dad would have not supported Trump as, In his living days, he did not like him at all. My change to liberality started upon reading Black Like Me on my way to college in a Girls College in Virginia. It was so moving and thought provoking. A year later Martin Luther King Jr. was killed in Memphis . Years later I found myself married, modeling, and upper middle classed white in good ole prejudice Memphis. I was one of those junior league former Philadelphia debutante girls and got to see racial prejudice as a fashion editor and owner of a fashion show production company. They had fits when I hired the most gorgeous black model you have ever seen. I stood my ground and she wound up making her mark in Hollywood. Today people pay lip service to believing in equality it is as they say in the south bullhonkey.

Then was this from a white former law enforcement officer, who was known as "From The Right(FTR)" when he wrote his political views regularly on bigpinekey.com's popular public forum:

Sloan: Your observations are twisted and contorted. I have seen no suggestion that the decedent was a "monster." It is true, factually and actually true that an arrest warrant was active for the decedent. That warrant was for attempted armed robbery. He died because he made the decision to resist arrest with violence. All of the publicly available evidence suggest that the police officer made a grievous and tragic error. Portraying her as being a "monster" is nothing more than empty rhetoric. I hope that the officers fate will be determined by an impartial criminal and civil justice system.Sloan BashinskyHere's what I actually wrote, Walt: "It won't surprise me if her defense attorney and her police union do everything possible to make Daunte Smith into a monster the world is better off without, when I bet they may well have done more monstrous things but they didn't get caught."

Laying the blame on Daunte Wright for the lady cop shooting him dead looks to me like a monstrous act. You say Daunte Wright resisted with violence, being arrested? I have seen nothing in the news that he resisted with violence. You tell me, former LEO, how the lady cop confused her Glock on her dominant side hip with her taser on her other hip? While she was shouting, "Taser! Taser! Taser!" I can't imagine how she did that. Maybe she was holding both weapons, the Glock in her dominant hand, the taser in her other hand, and she shot Wright with the Glock by mistake? Her body cam also shows she said "Oh, shit, I shot him!" That body cam ain't going away. I wish she would tell the world where her taser was when she shot Wright with her Glock. You and Robert both seem to represent the general Republican response to a white cop killing a black suspect. I view that as subhuman.