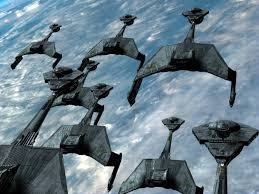 Nothing like a white cop killing a black suspect to bring out monsters.

Alabama Republican former prosecutor responded to yesterday's What about due process for Daunte Wright?

RobertYou make her out as a monster. She made a mistake, but had no intent to kill. You are certifiably biased.

Sloan Bashinsky
What she is, she created all by her lonesome, thanks to her body cam. Then, monsters such as yourself came to her aid, is how I see it. Based on what all I have seen reported in the news, I see no legal, rational or moral excuse for her shooting Daunte Wright with her Glock. But it seems from what you have said in her defense under my FB posts on the topic, that she should get off free and clear? I view that outcome as subhuman. What due process did she give Daunte Wight? In a recent comment you tried and convicted Wright. I think you have made a mockery of your legal training and time as a prosecutor. I think you are a far bigger monster than Wright, and I think if the lady cop goes down the road you have paved for her, she will end up being a far bigger monster than Wright. She also really might wish to ask to be put into protective custody, which her lawyer ought to be trying to arrange, because of the perhaps not far-fetched possibility she will be killed by someone as inflamed against her and the people siding with her, as you are inflamed against Wright. She really ought to be thinking about how God is viewing her actions and the actions of her attorney and police union. As might people like you wish to consider how God is viewing the Inquisition such as you have launched against Wright.