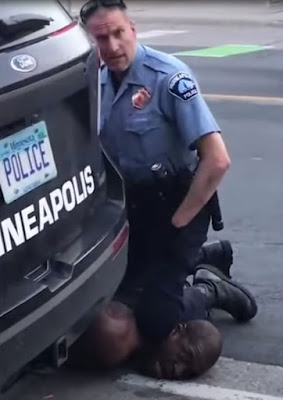 Was George Floyd an upstanding member of society?  No. Was he an addict? Yes. Is any of that being disputed or does any of that matter?  No.  Every single one of you has a close friend or family member who has struggled with addiction and I am sure you would agree that despite living a life void of any benefit to society at the time... that person wouldn’t deserve to die face down in the street and have no one even attempt to save them.

Secondly, yes Floyd had Pre existing conditions and other factors that may have contributed to his death but none of that changes the fact that if not for the knee on his neck he WOULD NOT have died that day. If an elderly person were to die after being punched the in the face or assaulted on a sidewalk would it matter that they had high blood pressure?  Would it matter that they were on a blood thinner? Would it matter that they took a couple of pain pills that day? People walk around everyday with drugs on board and with heart disease. If they drop dead suddenly and in the absence of any other cause... then yes you can blame those things. But we’ve all seen the video and know that’s not what happened.

We know exactly what a narcotic overdose looks like and video evidence easily proves that was not the case. There’s a lot of medical reasons that I won’t go into but the addition of amphetamines would have allowed for a higher concentration of fentanyl by interfering with its ability to induce respiratory depression. So the only real question jurors need to ask themselves?.... if not for the knee on the neck for 9 min, would George Floyd have survived his encounter with police that day?  And the answer is YES.  Politics and right vs left have absolutely nothing to do with it.

The classic law school example is that if you’re falling from the roof of a 40-story building and someone on the 10th floor shoots and kills you on the way down, right before you would have died anyway, they’re guilty of murder.

Correct, Elizabeth. It’s amazing to me the excuses people will make to try and shroud their blatant bias against those they’ve deemed to be worthless to society.

Lauren, Too surreal, a white female Minneapolis cop, during the murder trial of white Minneapolis cop Chauvin, says she accidently pulled her pistol, instead of her taser, and killed a black man resisting arrest for a misdemeanor. If that's not a sign from Above, then what is it? Moreover, how does a cop mistake her pistol for her taser? I can't wrap my mind around that. I hate to imagine the uproar in Minneapolis and America if Chauvin is acquitted, or the jury hangs up and the judge declares a mistrial and the prosecution is put to retrying Chauvin for murder or a lesser offense, or doing nothing further.

Sloan Bashinsky, had she just tased him it would have been understandable. He was attempting to flee police custody while being arrested for an outstanding warrant... which was a huge mistake on his part. He definitely should have known better but he didn’t deserve to die for that mistake.

However, it is incomprehensible that a 26 year veteran mistook her gun for a taser. That is a failure at every level. Safety protocols should have been in place to prevent non lethal items that need to be grabbed instinctively from feeling the same as lethal items. I can’t begin to understand why this had to happen for someone to realize that a taser shouldn’t feel the same in your hand as a gun.

Lauren, George Floyd was not cooperative, either. I found myself wondering yesterday if many blacks have become really afraid of white cops and they instinctively resist arrest by white cops, perhaps even by black cops? Regardless, pulling a pistol from one holster, instead of a taser from another holster, something the officer has done many times, if not on the job, then in training and practice, I can't wrap my mind around that. Already, the local medical examiner ruled it homicide. As in, death by unnatural means. Given the female officer's explanation, I think the prosecutor would have a hard time prosecuting for more than involuntary manslaughter.