Is humanity ready to fall on its own sword to save itself and the planet? 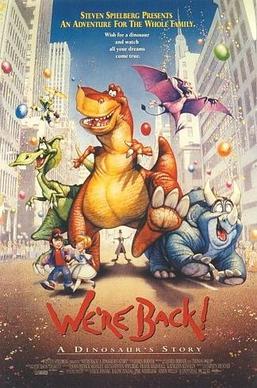 When my older daughter and her husband had their first child, they asked me what I wanted my grandchildren to call me? I paused, said, "Grandfossil."

I sometimes tell people the Smithsonian put a tracker on one of my hind legs and let me out to roam a bit, and I gnawed off that foot and the tracker and grew another foot and have been roaming ever since. Maybe that's a song.

Meanwhile, comment under the recent Do American right love and trust guns more than God?

enbgreeneI continue to query statements that seem rooted in supremacy. I am searching for someone who can... or will explain in a reasonable way with Facts how I am misguided. They squirm and try to escape, but the inescapable end point is supremacy- although they won't say the words. I continue to come to the conclusion that equality has to be brought to this country- and people like Michelle are not going to help, they will do all they can to hinder.SloanIt looks to me that what is called humanity is a collection of subspecies, in the perspective/belief sense, which have developed side by side and except for common genes are about as related as dogs and cats. How that resolves, or if it resolves, seems to me to be beyond the subspecies' ability. Had conversation along those lines yesterday with a Democrat friend living in "Paradise", the Florida Keys. Might use your and my and his and my musings in today's blog post. This is April 29, 2021.

Florida Keys Democrat's reply to yesterday's How would the American right feel about issuing an assault rifle and a driver's license to every 16-year-old?

Larry
Hi Sloan,
It is simple. Guns are made to kill whether it is a human or an animal. If there were no humans then there would be no gun killings.
The only solution is Divine Intervention.
And we pray !!!
Sloan
My post today was a bit satirical, given I see no solution than God kills humanity😎
Larry
God won't kill humanity ! Humans will kill humanity.
We are killing ourselves ! We are killing too many wild animals, we are killing Nature.
No way out unless there is Divine intervention.
Big Hugs !!!!
Sloan
That's what I meat by God killing all of humanity - Divine Intervention. That would fix a lot of things, but would not be humanity's vote.
Larry
Ain't over til it's over !!
Sloan
Maybe people need to be careful what they ask for from God, maybe they don't think about how God might respond? At the rate things are going, humanity will kill the planet pretty quick relative to how long the planet has been a jewel in the heavens. Maybe that don't sit well with God. Maybe that don't sit well with spacefaring beings. Maybe they watch humanity and think humanity don't seem willing or capable of getting its act together. So ...
Larry
You are correct
Sloan
Is humanity ready to fall on its own sword? Am I? Nope.