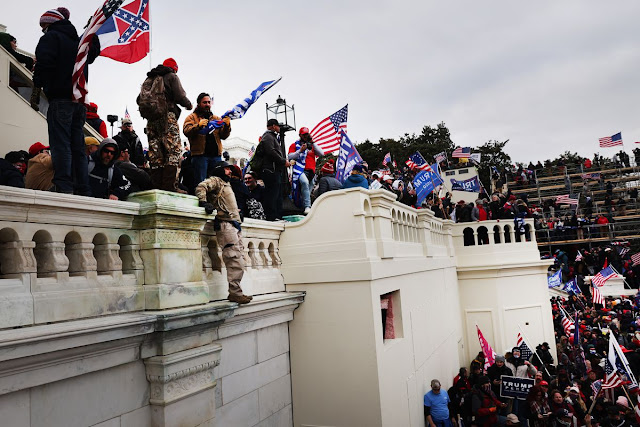 "Very nice post," A very good friend emailed about yesterday's Looks to me that President Trump is the only person who can heal America at this blog. He is a Republican and voted for Donald Trump in 2016. I don't know how he voted this year. We met at the end of a Key West mayor candidate forum in 2003. He came up and introduced himself and said he liked what I had said during the forum about my relationship with God.

Don't see anything nice in Trump/MAGA/Republican world right now, except a few Republicans showing remorse. Nice would be every Republican, who voted for and supported Trump, makes a public apology for having done that. I do not include MAGAs, because they are emotionally, mentally and spiritually possessed by Trump and what possesses him, Lucifer, and are incapable of righting themselves.
Time will tell where Biden-Harris and the Democrats stand with God.
Last night, I told the angels that two people they trained hard asked yesterday for God to grab and adjust every person in America. I asked the angels if that is permission enough for God to implement that request? If so, I seriously doubt one person so grabbed and adjusted will think it's nice.
More generally, I sweat blood over every post I put onto my blog. It's been that way since I had a blog. It was that way when I sent out email blasts before I had a blog. Facebook put me in its jail for 3 days, for this comment under From The Right's post, in which he praised Trump for some of his accomplishments, but strongly protested the invasion of the Capitol:

What percent of black voters do ya figure voted for Trump? Look at photos of the MAGA rallies, see all the white faces and not much else. I point that out since you mentioned prolonged race war. Charlottesville was a white trash convention.

Raised in Alabama, I know what white trash is. When I was younger, George Wallace led the White Trash Party. Today, the Republican Party is the White Trash Party.
When I saw the photo below online the other day, I was reminded of a scene in the movie, "World War Z," which is about a zombie apocalypse. The scene was of a wall built around Tel-Aviv to protect that city, being swarmed and breached by hordes of zombies. 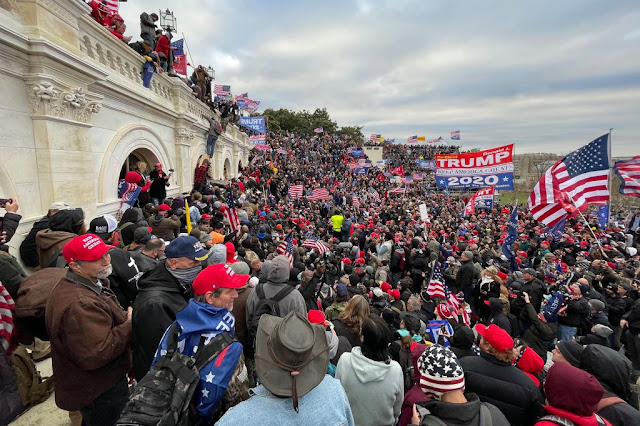 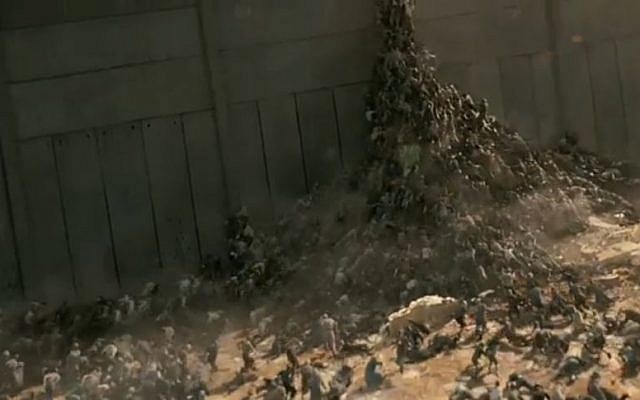 Email back and forth with my angel-stressed friend, who joined me yesterday in asking God to grab and adjust every American. He belongs to no political party and is not impressed by the donkey side of the aisle, either.

I think if we stop hoping that God will intervene in a way that simply changes how people see and think and behave, then we have conceded the chess game to the dark side. To the side that Trump resents. The problem with Trump is that he hurt so many people, how could he ever reach all the groups he has offended and then reconcile with them? I do think the reconciliation has to begin with him. I think that the "raid on the Capitol" may put him in "high crimes and misdemeanors area. Even if he resigns a week early, Pence isn't stupid enough to pardon him. Not unless Pence wants to join witness protection program, get a full face lift, change his nose, jaw, and cheeks- and never step out in public again or congregate with any other Pences.
Trump fucked himself being a truly rotten person. Trump made himself irredeemable with his running of his mouth on Twitter. Trump signed a criminal prosecution for himself(and family) with what happened at the Capitol.
Steal this election? Shit. The Democrats didn't have to. Trump fucked his constituency and guaranteed a loss.
Take care

Looked to me Trump scared and pissed off a lot of people, they turned out and voted against him, and he turned a lot of Americans into robots by telling them just what he knew they wanted to hear, and they will go to their graves believing the election was stolen and left wing radicals, not people like them, sacked the Capitol. I figured there are maybe 50 million of them, so toss in their children, which adds maybe another 100 million of Americans who live in a reality they wanted and Trump gave it to them.
I don't see snowball chance in hell of them changing, or Trump changing, unless God grabs them and adjusts them.
If God does that, might be time to grab and adjust the rest of Americans, liberty and justice for all.

Now we are talking.
"unless God grabs them and adjusts them.
If God does that, might be time to grab and adjust the rest of Americans, liberty and justice for all."