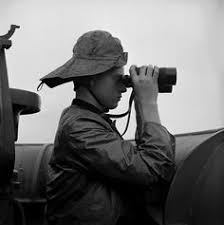 A couple of weeks ago, I played bridge online with a fellow in Portugal. There is a chat box, and after the game ended, I asked him if we could send Donald Trump to live there? "Please, no, " came back.

I read online yesterday that elite (rich) Palm Beach society doesn't relish the kind of people drawn to Trump being nearby. Mar-a-Lago is a club and never was licensed to be a home. The local government wants to enforce that, so Trump cannot live there.

Saw in The Wall Street Journal:

WASHINGTON—Senate Majority Leader Mitch McConnell for the first time publicly cast blame on President Trump for the violent attack on the Capitol earlier this month as he moved to try to preserve Republican sway in the Senate on the final day of the party’s majority status.

“The mob was fed lies,” Mr. McConnell said on the Senate floor Tuesday. “They were provoked by the president and other powerful people, and they tried to use fear and violence to stop a specific proceeding of the first branch of the federal government which they did not like.”

I figure 50 million adult Americans still believe the election was stolen, they have zero interest in "unity" and hate Joe Biden, Kamala Harris and Democrats.

I think Biden should speak directly to that, tell them he knows they are furious that he is president and the Democrats now have control of the House of Representatives and the Senate.

I think Biden should tell them that, under the U.S. Constitution, he has no control over Congress, and he cannot force Congress to impeach and convict, or not impeach and convict, Trump. However, Trump incited the riot at the Capitol, and if he is allowed by Congress to get away with it, then that opens the door for any president to get away with it.

I think Biden should tell the 50 million (and thus all Americans) that he now is president, and he will do what he thinks is best for America, regardless of what anyone thinks, including the Democrats.

I wish someone with a line to Biden would share with him my blog post yesterday, which outlines how America can reopen safely by making Dr. Vladimir Zelenko's cheap, fast, early stage infection cure freely available.

Perhaps Biden will respond differently than Trump responded, when he was handed Dr. Zelenko's cure last March, and then chickened out after the Democrats, the mainstream news media, and the medical industrial complex went haywire against the cure.

And, perhaps Joe Biden is so brainwashed that he, too, will not save America from Red China's bio weapon.

nobody has a fucking clue what's coming