looks to me America needs a really fun course in mirrors 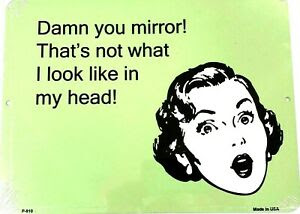 Saw this below posted on Facebook by an American living in Scandinavia, who told me once upon time that he was a graduate of a shaman school started by an American white man, who had spent quite a while with native shamans in South America. When I first met Jonathon online, he had a following in Europe and America..

Jonathon
To anyone who still thinks the out going "president" did a god job:

Excerpts from many comments:

Sloan BashinskyJonathan points out above, the outside mirrors the inside, and that must be dealt with by each person. Meanwhile, Trump showed the world that 74 million Americans preferred him, and that should be a real eye-opener. I published many times at my blog in 2016, and later, that the Dems gave Trump the White House by nominating the one candidate he could beat, and Trump and Hillary were flip sides of the same awful coin, and they both should be locked up, in adjoining cells. Covid hammered the American economy, but not the stock market, go figure. Trump had early Covid infection stage cure in late March (Dr. Zelenko), and did not make it freely available after the Medical Industrial Complex and the Left and its media attacked Trump and Zelenko and his cure. I don't know if Trump is capable of telling the truth. He looks to me to be possessed by a demonic entity, which infiltrated anyone who supported him. Same happened in Nazi Germany. The Left has its own relationship with a demonic entity. A close friend reports being regularly adjusted and advised by angels known in the Bible, who have told him several times Biden has progressive dementia and won't be president for long. Safer, to belong to no political party, religion, cult, and be directed by what I was raised to call God, which tends to be very different from I want it to be, and that has been the experience of other people I have known who found themselves similarly directed.Suzanne McLendon RehbockSloan Bashinsky as pointed out in an earlier post it’s probably not a matter of people preferring trump it’s a matter of not wanting to be a evil socialist democratJonathan HorwitzSuzanne, I think it was more a choice of being hung or shot.Sloan BashinskyI voted for Jill Stein in 2016, because she was a physician talking about healing people and the planet. I voted, very reluctantly, for Joe Biden this year, because he was talking somewhat about saving the planet from humanity, and because he and his followers did not cause me to fear for the safety of my children and their families, which Trump and his MAGAs did.I voted against Barack Obama, twice, and against his Republican opponents, and against George W. Bush, twice. After Obama accepted the Nobel Peace Price while continuing the 2 Bush-Cheney wars, my bowel locked up and hardly moved for a month. That resolved after a violent poem leaped out of me about that he had done. During the night of September 9, 2001, a familiar voice asked me in my sleep, "Will you make a prayer for a Divine Intervention for all of humanity." I woke up, made the prayer. On September 11, my concern was America would start a new foreign Vietnam-like war. I did not consider there would be 2 such wars. A few days after 9/11, the angels that adjust me said America should get out of the Middle East altogether. Exactly one year after being asked asked to make the prayer for a Divine Intervention for all of humanity, I was asked in my sleep to make it again, but that time, I made the prayer in my sleep and added to it, "And let it begin in me!" Then, came another fun course in mirrors.