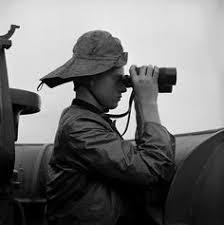 Thanks for this report. which seems to be based on statistics provided by CDC.
I opened the '329 deaths" link, which took me to:
https://medalerts.org/vaersdb/findfield.php?EVENTS=on&PAGENO=1&PERPAGE=10&ESORT=&REVERSESORT=&VAX=(COVID19)&DIED=Yes
I opened that link and started reading reports of people dying shortly after receiving covid vaccine. They were oldsters above, around and below my age. They already had medical conditions, some more serious than others. Some of them lived in facilities. Their deaths so close to being vaccinated cannot be ignored.
Now they all are in the afterlife, freed from their aged bodies, ailments and sufferings. I found myself sort of wishing I had died after my first covid vaccine shot, but that seems not my fate.
The moral seems to be: Yes, old people who receive a covid vaccination might die as a result, and if they don't receive the vaccination, they might catch covid and die, so choose their roulette?

Alas, if they were taking quercetin, zinc, C and D3 all along, they would not have needed to be vaccinated and would have remained safe wherever they were.

Me later to Sancho:

I been watching a lot of CNN news, which is repetitive and I am weary of the handwringing. However, some nuggets fall out of the trees.
I lost count of various videos of the Capitol riots and what the rioters did and said. Guess their skin color? Right, white. Yesterday's CNN featured endless qanon videos. Guess their skin color? Right, white. I thought back to MAGA rallies. White folks.
I told my mystical friend YP last night that them whites are America's al qaeda. He agreed, said, after Trump was elected, he directed his intelligence services and law enforcement to leave the white supremacists alone and go investigate and infiltrate antifa and the radical left.
This was in my NY Times morning briefing:

YP told me of a former law enforcement officer friend, who agreed to write this below for me to publish:

YP I have no problem being quoted if he wants it. I was in LE from 74 until I quit under Eric Holder. You know Eric Holder was one of the chief partners of the law firm that milk sop Karl Rove used? He was, lawyer/client confidentiality prevents us from knowing if he worked directly for Rove, but we have a goddamned inbred system. There is very little difference between the two parties(Democrat and Republican) from where I sit in life.

I retired in 2010 and by then I'd had it with the Feds to the Locals- somewhere, somehow you always landed in shit if you were LE and you tried to do your job. Didn't matter if you could pull rank or if it was interjurisdictional "cooperation" or what it was. By the time of the Patriot Act, there was no privacy in America, and there was no justice. You could be some fucking skel and terrorize a metropolitan community and if you cut the best deal, it was a free buffet on the public so long as you could squeal.

Trump found out he could really be making hay out the IRS's investigations into "Tea Party" groups. Talking about the IRS under Obama- that galvanized the Trump base- they wanted to rock and roll over that. The truth to that was that a whole lot of weirdos, far right nut cases, white supremacists wanted to be "Tea Party Groups" all of a sudden, and to keep from allowing extremists to stockpile ammo and guns as a "deduction" the IRS became more proactive about their investigations into those groups. If they couldn't stand up before the IRS, they shouldn't have applied for tax exempt and tax breaks so far as I'm concerned. Granted, I quit under the Obama administration, but fuck it, that was nothing to what I'd see come under Trump.

Trump gets elected, he can't deliver Hillary to the guillotine, because what kind of precedent would that set up, and he knew the shit he'd been in. To further his base's confidence in him, he shifted the USDOJ off Right-leaning Extremists and onto anyone else. Infiltrating ANTIFA- which was a college kid anti-fascist movement copied from similar movements in Europe- became a priority. Finding anyway to stitch together a conspiracy charge against illegal immigrants or people who's papers weren't fully processed so he could talk about Haitans, Cubans, Mexicans, Guatemalans, Central/South Americans all "preying on working class citizens". By "working class citizens" that is Trump's bullshit way of saying "white people gullible enough to vote for me(Trump).

So in the swamps of middle America, the South, SW, NW- NE was leaned on to absolutely ignore the radicalization of poor, uneducated non-minorities essentially what we used to call "low rent white folks". Those kind of people had free reign to do what they wanted, unless they were so stupid they handed themselves to the cops.

It was only in the last two years of Trump's administration that LE was able to take the CI's(confidential informants) that they have and then actually be able to run them. LE had been able to get them in some places where they could have taken home grown terrorists out by then. Trump was a wall in the way of that, what happens with Biden/Harris remains to be seen.

I'm an old guy, I smoked, I drank, fuck it- I'm paying for. Be nice if before god sends your big angel fella to tuck me for the last time- if the skels actually faced prosecution. And I'm not politically biased. I don't want it just to be Trump crazies, I want the ones in Oregon and WA State to be prosecuted too. Four years of Trump siccing LE on immigrants, Latinos, allowing Chicago to become a war zone of free fire, prosecuting the M/Cs and all the people I've previously named instead of actual criminals his people had on the chain? That shit needs to stop and here is my finishing thought... Have a big fish fry when it comes to the ones Trump has on the line.

sloanbashinsky@yahoo.com
Posted by Sloan at 9:23 AM