Is there karma for voting for someone? 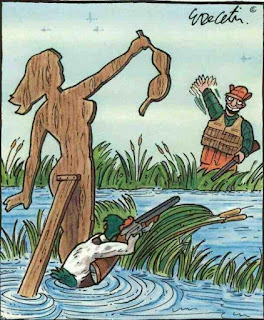 Is there karma for voting for someone?

An Alabama Republican replied on Facebook to yesterday's Can Donald Trump be impeached even though he is no longer president? post at this blog, which led to further discussion:

So when Trump supporters assemble to petition the government for redress of grievances, it is an insurrection. When BLM and Antifa burn a US Court House, it is a protest.

Insurrection is insurrection, regardless. When the US President leads insurrection, he is in company with Joseph Stalin, Fidel Castro, etc., and when people like perhaps you back him, they are like the people who followed those two.

Sloan Bashinsky, I have never approved of Trump as a person, but I refuse to ignore facts. Trump called on people to peacefully protest. As he was saying this, several hundred were at the Capitol.

Impeachment is like an indictment, and is the instrument to remove someone from office. Neither you nor I can be subject to impeachment unless we hold office. Congress has no jurisdiction to carry on impeachment if the subject of the process is no longer in office.

Robert, is that what you call it-trump supporters assembly??? They would have hung the vice president, they killed people. TRUMP CALLED FOR

Diane, On TV, I watched and heard Trump tell the protesters to march and he would be with them, and they had to be tough, they needed to take back their country, there was no mention of peace. After the Capitol was overrun and Congress members were fleeing for their lives, while Capitol police were very much in harm's way, thanks to Trump and his insurgents, yes, INSURGENTS, Trump, I supposed after being read the riot act by his staff and Republican honchos, called for his insurgents to stand down.

You know, Diane, karma is very real. It cannot be predicted, other than it will have its day, and sometimes it is recognized for what it is, and sometimes it isn't. Karma can be quick, later in this life, in the hereafter. Back when I was running for public office in Key West and the Florida Keys, I sometimes said there is karma in how people vote, and also, when they vote for someone, X or Y, and if X or Y then doesn't behave well, and people who voted for X or Y do not call it out, then their karma is not gonna be to their liking.

Robert, Just the old lawyer in me shooting off his mouth, once a judicial proceeding starts against someone, X or Y, the tribunal has jurisdiction to finish the proceeding. Impeachment and conviction under the Constitution results in removal from office, and also can result in ban from running for public office. Although Trump left office, after all his lawsuits and loyal insurgents' attempts to keep in his office failed, I don't see how that divested Congress from jurisdiction to convict and ban him from running for public office again. Trump's hope there, I think, is enough Republican Senators will vote not to convict, which will make the legality of the proceeding moot under the Constitution, but not in God's Court where every Senator stands trial along with Trump and his accusers and his supporters, including everyone who voted for him.

From what I just read online, the Supreme Court has no jurisdiction in impeachment cases, unless the proceeding did not follow normal due process, such as calling and examining witnesses by both sides. I expect, also, the Supreme Court has jurisdiction to rule whether an impeachment proceeding can continue if the office holder leaves office before the proceeding is concluded. I think, unless the conservative Justices sell their souls to the Devil, they will rule the Senate had jurisdiction to try and acquit or convict Trump, and if convict, ban him from running again for public office.

sloanbashinsky@yahoo.com
Posted by Sloan at 11:13 AM