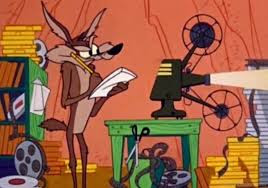 Paradigm shifts in today's New York Times MORNING BRIEFING, my thoughts in italics:
Here's a very different kind of paradigm shift attempt by a Florida Keys woman, who posted many times on Facebook the medical hell the liberal news media hoax caused her, and still causes her. When I told that that President Trump and Sean Hannity had promoted Dr. Vladimir Zelenko's 5-day, early infection stage cure, which would have allowed America to reopen safely, she said that was reason for her to dismiss me automatically. Trump then dismissed Dr. Zelenko and America, to the hoax.

Sherry
Here's a "let's get back to normal Facebook" question.
Do you think that aliens could live in the depths of the ocean and not outer space?
Gregg
They're coming out of the volcanoes and they're bringing dianetics
Sheri
Ya know I'm trying to post something not related to current Facebook reality, politics, religion, sports or entertainment.
Loren
It depends on which aliens. I'm sure that some of them would prefer living underwater, and that intelligence could develop in an aquatic species. Look at dolphins, for example, who might even be *more* intelligent than humans, but without opposable thumbs can't develop much by way of tool-using skills.
Donna
I believe that if you can figure out how to live in outer space, you can live in the deepest depths of the ocean. They may be there now; just not in a form we recognize or understand. (I'm a huge "Ancient Aliens" fan...)
Mike
Bugs Bunny knows and don't trust what Elmer Fudd says.
It's Sunday, football is on and I've got plenty of what is relaxing. Thanks for the post. Yep, we're all tired of the other stuff.
Sloan Bashinsky
I was with some people once upon a time, 2 were licensed clinical social workers, one of the two was my wife at that time. We were sitting on our side porch one pretty April day. I looked up and saw a space ship of some kind, oblong shape, parked beside a cloud. I told the other people to look up at the space ship. Yeah, right, Sloan. Please look up at the space ship. Yeah, right, Sloan. The ship darted behind the cloud. I reported that. Yeah, right, Sloan.. Then, the cloud started being stretched left to right, like a super wide vapor trail across the sky, and I told them to look up and watch that. Yeah, right, Sloan. That night, my wife's son came to me privately and asked if I had really seen a space ship? I asked him if he had ever known me to make up something like that? He said, No. I said he didn't look up because he didn't want to be laughed at, too. He said, Yes. I said that had happened for him, I already knew ETs exist, and I bet he will look up the next time I say I'm looking at a space ship. He said, Yes. There was no next time while his mother and I were together, and I was trying to help him and lots of other people get it that WE ARE NOT ALONE, there are ETs, there are angels, there are demons, and we, as a species, are basically clueless. As for ETs living in the oceans, dolphins and other cetaceans are sentient, but not as we understand sentience. They don[t need technology to cause them to think they are sentient. They simply are sentient. They sometimes play with humans, as the space ship tried to play with humans that pretty April day, but the humans didn't want to play, or even know they are not THE CENTER OF THE UNIVERSE.

Email inquiry the other day:

I was referred to you by the Bar Referral Services. Do advise if your firm handles Litigation Cases.

Now, only in God's Court, where everyone involved, including me, is on trial.

Back a ways in time, a country lawyer, after hearing some of my not of this world stories, asked if I attended church? I paused, said, "I don't know when I'm ever not in church. We're in church right now, aren't we, having this conversation?" He agreed.

The thing about being in church all the time, on trial all the time, is it causes me to try very hard to do what God wants, instead of what I want, which plenty often angels remind me after I have done something God does not want.

Imagine a world in which angels advise every person.

Looks to me that dolphins and whales are in sync with God. Perhaps they worry that they, and the planet, will be destroyed by humanity? Perhaps they hope they will be saved by ETs? God? Something?

sloanbashinsky@yahoo.com
Posted by Sloan at 3:13 PM