snapshots of a mystic dealing with prostate cancer and skin MRSA 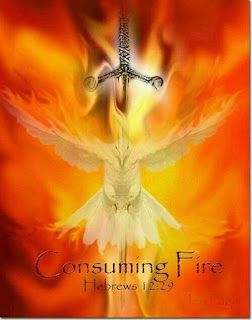 The oncologist inserted a saline gel between my rectum and prostate to separate them and make it less likely the radiation beam nicks the intestine. The oncologist then injected small gold particles into the prostate to make it easier to see the target with the X-ray machine. After the oncologist checks his work next week, to see if it went as he hoped, and some time passes for the gold to spread around, the radiation treatment will begin: 5 days a week, for 5 weeks. Show up at appointed time, lie on a table about ten minutes, leave and drive home.

Getting to this point was a saga, here's a short version.

I saw three options. Do nothing and let the cancer run its course. Have the prostate removed, which is major surgery followed by a long recovery. Have radiation therapy. Add to that a cranky bowel since 1969.

The urologist who did the biopsy said, at my age, he thought surgery was best for me. The surgeon said the same. But, if I had radiation treatment, that closed the door to having the prostate removed.

The surgeon said he would not operate unless a doctor examined my heart. I did not say dying in surgery, under anesthesia, is my first choice of how to depart.

A friend had several dreams that promoted removing the prostate, because of the toxic effect radiation would have on my angel-tuned body and psyche.

I was using a walk-in medical clinic and had trouble getting a primary care physician to take me as a new patient and examine me for surgery. A friend with connections pulled a string and got me into an highly-respected internist.

While the internist examined me, he called the surgeon, who said what he needed from the internist, and that he had tried to steer me toward radiation because of my age. I did not say dying under anesthesia is my preference for departure.

The internist asked when I last had an EKG? I said it was administered by the internist who had started his medical group. That doctor died 20 years ago, and the EKG he administered was 20 years before that. The internist said I had just told him more about my medical history than I would ever want him to know.

A medical tech did an EKG, which the internist studied and said it showed an abnormality on the left side of my heart. The internist scheduled a chemical stress test in January, because I don't have the stamina for an exercise stress test.

Yet, I thought he was a very good doctor, trying his best to look after me. I felt the same about urologist, the surgeon, and the oncologist.

That night, I dreamed of St. John of the Cross having a long talk with me near Higgs Beach in Key West, but I didn't seem to be paying much attention. The saint then took me to where I had slept nights in tents across from Smathers Beach. Then, he said he was returning to Europe, where he lived. 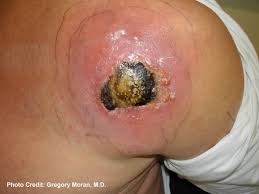 I knew the skin MRSA was rooted in my having poorly handled a relationship with a Key West  woman. I had been way too yang (hard, outward looking), and I needed to be a lot more yin (soft and inward looking).

I was given many chances to right my course, and I kept screwing up. Finally, I did a few things that pleased the angels. Then, I had a dream that left me thinking I should take one day's dosage of the new antibiotic prescription and see if the angels would step in and take care of it. I did that. The MRSA lesion began to recede. It kept receding. It went away. That was medically impossible.

I hoped radiation treatment and angels would produce a similar result with the prostate cancer. A woman friend reported being told by a woman in a dream that I had made the right choice.

In the1990s, I had quite a few intense, personal experiences with John of the Cross after a familiar voice said to me in my sleep, "With respect to St. John of the Cross, you haven't seen anything yet."

The straight arrow of Christian saints, Juan de la Cruz inwardly went directly to God, while he was harassed and then imprisoned and starved by the Spanish Inquisition. Juan did not complain, nor accuse this torturers. After Juan died, his corpse did not rot, he had turned himself into spiritual gold. Later, the Vatican canonized him.

The prostate cancer has spiritual roots, and how I handle what life brings my way might determine how the cancer treatment goes.