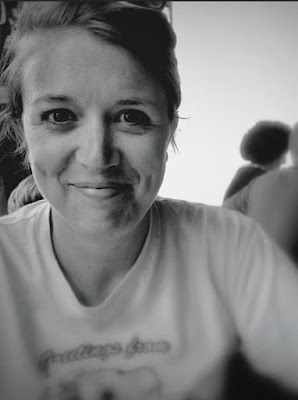 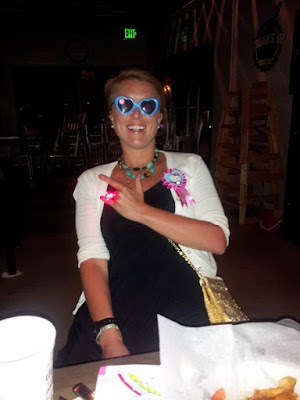 This morning, I drove to the funeral home to identify my niece Sloan Elizabeth's body. I put the palm of my hand on her forehead, tears welled in my entire being. I signed the register as the identifying relative, and left. Her body will be cremated and her ashes will join her Father and Mother's ashes in the vault at St. Luke's Episcopal Church in Mountain Brook.

Leaving the funeral home, I recalled my phone call with Sloan last Thursday. She said she was at her apartment in Birmingham, and she did not feel up to seeing me that day; she was going back to Auburn on Saturday afternoon, and we would get together before then. I said that had better happen, because if she headed back to Auburn without seeing me, a posse would intercept her on U.S. 280. She laughed. An ambulance took Sloan to Auburn Saturday afternoon.

Sloan's husband, Russell, lives in Auburn. They dated a long time. He told me yesterday that he wanted them to get married last March because he had good medical coverage and didn't want Sloan to have to rely on poor people medical care. He asked me this morning if I would identify Sloan's body at the funeral home? Of course.

Sloan's memorial service this Thursday, December 10, 2 p.m. is supposed to be livestreamed.

There will be a private in-person ceremony for family, and there will be a public service in the nave, with a limited invited audience, due to covid. I will provide additional details when I have them.

Gary
What a beautiful person she was....so glad we got to know her...may she Rest In Peace....
Me
Heh, I can imagine she's already stirring the pot and entertaining Heaven.
Gary
We certainly hope so !!!!
Roy
She must have been one of those wonderful people who no one that knew her would ever forget or stop loving. These are the kind that will be missed the most. Requiescat in Pace Sloan Elizabeth.
Me
She’s getting on with next adventure, entertaining Heaven
Marsha
Sloan(Bash) as I knew you as children, I am so sorry about "your" Sloan, Slonie as I called her. I was lucky enough to meet and get to know her at her time at Town & Country Clothes. We had good times and bad times, but I always loved her because of the Farrell-Bashinsky relationship. Your mom was in my mom's wedding, Dr.Leo was my doctor, my children's doctor, Sissy was my younger sister's friend. Anyway, makes no difference now. Sloan chose the brave way out and I know without a doubt, she is wreaking havoc in heaven and I applaud her for it.  I'm so glad you two got close and you were able to give her all she needed. Wish I could be at her service(working) but I know those stained glass windows will rattle a little bit.
Me
Lol, Marsha - I told Major to name her Slone, or Sloane, so it would be feminine.
You nailed it! As proof, here's the personal part of the obituary written by Bridgette Peters, who asked yesterday if I would help her with it. I added the last sentence, just to make sure the point is made that Sloan Elizabeth is simply operating in a different location!
Feel free to share:
~~~~~~~~~~~~~~~~~~~~~~~~~~~

Sloan Bashinsky Knight
1979-2020
Sloan Bashinsky Knight, age 41, passed away into heavenly peace on Saturday, December 5, 2020 after a courageous battle with ovarian cancer. She was born to the late Gail Everly Palmer and Thomas Major Bashinsky on September 15, 1979. She is survived her by loving husband, Russell Knight; her beloved dog, Obi; her siblings: Brooks, Holt, and Nell Bashinsky; her aunts, uncles, cousins and very special nieces and nephews; and a host of many, many cherished friends.
Sloan was anything but conventional. She was sharp- tongued and irreverent with a searing wit and an indomitable spirit. She marched to her own beat while imparting humor, love, and her own brand of magnetic chaos everywhere she went. Whether she was blood related or not, she was everyone’s favorite family member. Her love was bold and encompassing, and everyone wanted to bask in its radiance.  She wanted it to be known that she was the funniest person she knew, and this is how she could get the last laugh. Her one-liners and stone cold faces were often delivered with an unforgettable, wry smile. Nothing got by Sloan, and she never forgot a niece’s birthday or any day to be remembered no matter how quirky or offbeat. Humor, love, and people were her business, and the  measure of a life well- lived.
Sloan was also a queen and a warrior. She lived fiercely and unapologetically. She handled everything life threw at her with immense dignity and raw courage. Any misfortune or obstacle in her life only forged a stronger character, and that was her strength. She used this strength to put up a valiant fight against ovarian cancer, but cancer is a merciless thief that took her life too soon. The world has lost a beautiful gift that can never be replaced, but she has gone to be with her earthly mother and her Heavenly Father. Sloan has left this world with an everlasting memory of her love, and we will carry it in our hearts forever. As for Sloan, she is regaling, entertaining, challenging and blessing heaven.

sloanbashinsky@yahoo.com
Posted by Sloan at 9:16 PM