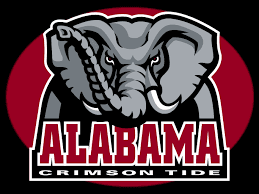 Alabama Crimson Tide MAGAs weighed in on Facebook about the Alabama-Florida SEC championship game Saturday and the BCS final 4 selections yesterday, and this long-time Tide fan, who belongs to no political religion, could not resist joining in😎.

I am so tired of these arm chair quarterbacks talking about Alabama, do you realize that Florida was ranked 7th in the nation! They played there butts off, but the Mighty Tide was just to much, so keep your pie hole shut

Ron
Cindy Crane Thanks, Alabama was just a better team!

Charles
Roll tide Roll they were the victor

Jimmy
Lot of wayward calls in that game, but a W is a W!
ROLL TIDE

Jane
Yes! Alabama Is #1 SEC and the nation! Because we have the #1 coach!

Sloan Bashinsky
Been a Tide fan since high school. In law school had red pass to football practices, welcome any time, via my father’s relationship with Coach Bryant. This year, I watched mediocre Mississippi score nearly at will against the Tide defense, Alabama won, 63-48. I hoped Florida would not be a repeat of that. It was, and closer, 56-48. Florida won the seconded half, 29-17. Looked to me, with 5 more minutes, Florida would have won. I hope the Tide’s defense had its bell rung. We will see shortly. Notre Dame and Ohio State may or may not be the real deal. Clemson is the real deal. Assuming none of the 4 have coronavirus outbreaks. That’s how Notre Dame barely beat Clemson the first time they played this year, 47-40. I have long viewed boasting as rat poison. Be sure Coach Saban is having heart to heart talks with his defense. I hope the 3-day Christmas leave he is giving his cloistered team does not lead to quarterback Mac Jones and 8 or so other starters testing positive and not being able to play, like happened to Clemson before it played Notre Dame earlier in the season. Doesn’t look to me the Tide’s backup quarterback nearly as good as Clemson’s back up. Last time Alabama played Clemson in championship, 2019, Clemson showed the world it was the real deal and Alabama wasn't, 44 to 16.

t
Who I mean Who, would have put Ohio State in the final 4?

Jimmy Not playing 6 games...[several Ohio State games were canceled by coronavirus]ScottWell Ronnie, they did play six games. It’s sorta like , “Due to the China virus, I’m only going to pay taxes 6 months out of the year” but still get a full years worth of credit!RonOkay, that’s a deal!Larry The northern ballotsRonThat’s BS!Sloan BashinskyWe will know when Ohio State plays Clemson. What I don’t get is how ND got into final 4 after being stomped by Clemson the day before, 34-10, and ND's touchdown was at end of the game. A decimated by the virus Clemson nearly beat ND earlier in the season, 40-47.