President Trump pardons three-star general Michael Flynn, who then calls for martial law and suspending the Constitution for an election do-over 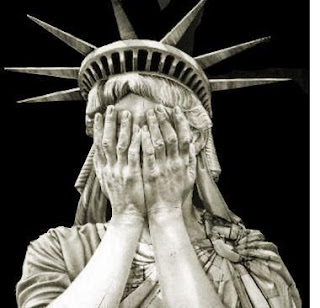 From a Republican friend, who calls President Trump "The Orange Turd":

This whole thing has gone beyond absurd!!..
https://www.thedailybeast.com/when-the-bombs-go-off-the-blood-is-on-mike-flynns-hands-retired-officers-blast-his-calls-for-martial-law?source=email&via=desktop‘When the Bombs Go Off, the Blood Is on Mike Flynn’s Hands’: Retired Officers Blast His Calls for Martial LawThe pardoned Army three-star promoted a call to suspend the Constitution for an election do-over. “Grant and Lincoln are rolling over in their graves,” said one retired general.This message, and any of its attachments, is for the intended recipient(s) only, and it may contain information that is privileged, confidential, and/or proprietary and subject to important terms and conditions available at http://www.stifel.com/disclosures/emaildisclaimers/. If you are not the intended recipient, please delete this message and immediately notify the sender. No confidentiality, privilege, or property rights are waived or lost by any errors in transmission.

I opened the link, read the DAILY BEAST article, reproduced in full below what I replied to my friend:

In 2016, 2017, etc., this town idiot saw this coming and wrote about it on his  blog. Not that it's happened, what does that make the smart people who didn't see it coming? Or, they wanted to see it happen?

Do ya think Flynn and Trump made a deal that Flynn would do it as soon as he was pardoned by Trump, and do ya think Trump might pardon Flynn for sedition, treason. inciting terrorism, etc.?
How do I deal with friends who voted for Trump and are not now screaming for him to shut up and leave the White House in an orderly fashion? Do they, and Trump, not understand that the acceptance of a pardon is a confession of guilt.

During the 2016 campaign, Trump said the election was rigged. After he won, did he call for recounts? Did he file lawsuits to throw out ballots?

‘When the Bombs Go Off, the Blood Is on Mike Flynn’s Hands’: Retired Officers Blast His Calls for Martial Law

The pardoned Army three-star promoted a call to suspend the Constitution for an election do-over. “Grant and Lincoln are rolling over in their graves,” said one retired general.

Less than a week after receiving a presidential pardon for lying to the FBI, Mike Flynn is pushing a call for martial law—and drawing sharp denunciation from other retired senior military officers.

Retired Army Lt. Gen. Flynn, who was Trump’s first national security adviser and before that his most important military validator, circulated a petition for martial law in a Tuesday tweet. “Freedom never kneels except for God,” Flynn commented.

The petition, from a Tea Party affiliate named Tom Zawistowski, implored Trump to proclaim “limited martial law” and order the military to conduct a do-over of the presidential election so as to reflect what it claims is “the true will of the people.” It explicitly envisioned “temporarily suspend[ing] the Constitution and civilian control of these federal elections.” And it also reflects a recent rise in desperation from MAGA now that Trump’s efforts at overturning the election have fallen apart in multiple courtrooms.

The petition even compared America’s bloodiest conflict to the current Trumpist inability to cope with an election loss. “Today, the current threat to our United States by the international and domestic socialist/communist left is much more serious than anything Lincoln or our nation has faced in its history—including the civil war,” it reads.

But the petition suggested that unless Trump is installed for another term, his supporters would engage in violence. “Without a fair vote, we fear, with good reason, the threat of a shooting civil war is imminent,” it asserted.

One of Flynn’s colleagues in Army special-operations, retired Brig. Gen. Donald Bolduc, who recently ran for U.S. Senate in New Hampshire as a Republican, said he hadn’t seen the petition. But as a matter of principle, Bolduc called it irresponsible.

“I respect Mike Flynn, and a lot of people respect Mike Flynn, and with that respect comes a tremendous responsibility to be extremely careful with what you say,” Bolduc, who until recently commanded U.S. special operations forces in Africa, told The Daily Beast. “We are nowhere near suspending the Constitution and using the military to redo the election. That would be a colossal mistake. Grant and Lincoln are rolling over in their graves at what the hell is going on.”

Paul Yingling, a retired Army colonel, put it more bluntly. “Flynn's anti-election propaganda is an essential precursor to violent terrorist attacks on legitimate electoral outcomes,” Yingling told The Daily Beast. “When the bombs go off, the blood is on Mike Flynn's hands.”

There was no significant election fraud in the 2020 election. That was established by the Department of Homeland Security election-protection chief Christopher Krebs, who lost his job for saying it publicly. Even Attorney General William Barr, who has promoted suggestions of voting “irregularities,” said on Tuesday that the Justice Department has found no evidence of fraud that could impact the outcome of the election.

That’s left Trump and his most feverish and shellshocked supporters scrambling for increasingly untenable conspiracies to explain his loss. Thomas McInerney, a retired Air Force three-star general and Trump loyalist, has spun a complicated fiction about an Army Special Forces raid to capture a CIA server in Germany supposedly implicated in changing vote tallies. When Military Times asked McInerney to explain the Army saying the raid never happened, the general answered, “President Trump won in a landslide and the Dems left so many footprints that this TREASON must be stopped!!!”

Flynn, appearing before McInerney on a fringe internet show this weekend, rambled off an evidence-free claim that China might have executed a cyberattack to change the vote totals.

Lin Wood, an attorney attempting to overturn Trump’s election loss, shared the same petition as Flynn on Twitter. “Our country is headed to civil war,” Wood wrote, falsely claiming that China was behind the looming conflict. “@realDonaldTrump should declare martial law.”

Trumpworld attorney Sidney Powell, who represented Flynn in his criminal prosecution, also joined the calls for a putsch, retweeting various Twitter users who called on Trump to invoke the Insurrection Act and to suspend the election and establish “military tribunals.” Powell, who is currently attempting to overturn the presidential election in court, represented Trump until recently, when his campaign disavowed her following a disastrous press conference.

During a Wednesday afternoon press conference in Georgia, Wood and Powell promoted multiple conspiracy theories about voter fraud, with Wood implying that Trump followers should participate in a pro-Trump insurrection. Specifically, he called on followers to “encircle” the Georgia governor’s mansion until Republican Governor Brian Kemp agreed to hold a special session on the state’s election results and then resign. “It’s 1776 in America again,” Wood told the crowd, some 24 hours after calling for martial law. “You’re not going to take our freedom again.”

The martial law calls rippled out to a broader network of right-wing media personalities. Joey Saladino, a YouTuber-turned-failed congressional candidate most famous for dressing in a Nazi costume as a “prank” and peeing in his own mouth (separate incidents), took to the social media site Parler to spread word of the coup.

In replies to the post, Trump supporters called for “military tribunals, public executions,” and more. “I SAY DO WHATEVER IS NEEDED TO STOP THIS ELECTION FRAUD BY SATAN AND HIS MINNONS!!!” another replied.

Some Republicans have openly repudiated those calls. “This ad, though protected by the First Amendment, is utterly irresponsible, ahistorical and without precedent or legal rationale,” Ohio Attorney General Dave Yost tweeted of the petition. (The document’s author, Zawistowski, is a fixture of Ohio politics.)

Several retired officers who served with Flynn have opted to keep silent over the past five years about his erratic, inflammatory, and provocative behavior. That’s continued through Flynn’s prosecution by Special Counsel Robert Mueller’s team for lying to the FBI, an act for which Flynn pleaded guilty before reversing himself. And it’s continued as Flynn has embraced the QAnon cult, which the FBI considers a potential feeder for terrorism, that portrays him as a martyr.

But Paul Yingling, who was the deputy commander of future Trump national security adviser H.R. McMaster’s cavalry regiment in Iraq, said Flynn was now issuing an incitement to violence.

“Calling for unlawful new elections is an explicit call for violence to overturn lawful elections. Worse still, Flynn knows that he is calling for violence,” Yingling said.

“Flynn has fought enough terrorist networks to understand this pattern: before terrorists detonate, or emplace, or build bombs, a propagandist radicalizes that bomb-making network,” he continued. “Flynn is that propagandist.”

Flynn did not respond to a request for comment.