If Donald Trump was sent by God to save America from Godless Democrats, socialists, communists, then why come God didn't get Trump reelected? 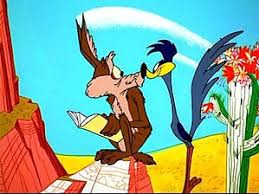 Facebook responses to yesterday's post: Are you who say the 2020 presidential election was stolen willing to bet your soul on that?

DerickYes we all are. It was pretty obvious the cheating happened. So yes I would bet my soul in a 100% fact.Sloan BashinskyAnd if you learn in the afterlife that you lost the bet?DerickThey changed the rules before the election illegally, mainly four states. It was against the constitution, in multiple different ways. Republicans shouldn't stand for that. That's 100% cheating I wouldn't be worried about it being wrong at any point. The facts are there.SloanMy question has to do with whether God thinks the election was stolen?DerickI would have to say God believes it was stolen too. God doesn't approve of cheating. The real question to ask God if he will forgive those who know they are cheating, but are willing to commit such a great sin, just to try to win an election.Sloan BashinskyThat's your view, it was cheating. Perhaps God considers Force Majeure is in play? People being able to vote safely is important? Perhaps God is more flexible?DerickWell then why did only 4 states change the rules? The rest voted just fine. If the rest could vote fine they all should of been able to. I would believe force majeure but obviously it wasn't needed because so many states voted just fine.And sorry to tell you but the left doesn't treat Israel right. They have wanted to destroy it for a long time. Trump set up two peace deals in the middle east and has had many countries recognize Israel. He's been nominated for two noble peace prizes over it. Trump is very big on God and the church. Where as democrats are for pro-choice plus many other anti God plans. So if God picked one it would be Trump for sureSloan BashinskyLet's see. Trump welches his debts, stiffs his contractors and their subcontractors and laborers. His credit is so lousy, he has to get Saudis to bail him out. He pays off prostitutes to keep them quiet. He goes to church, when? He reads the Bible, when? He floated himself being president for life. He claimed God sent him to save conservatives and America from Godless Democrats, socialists, communists. If that were true, why come God didn't get Trump elected to a second term?DerickGod rarely sends his best behaved child to do his work, look at king david. And Trump is trying to stop us from becoming a socialist or communist country. Dont you think thats a good thing? Everything Trump has done has gotten us away from communism. How can you even speak on religion when your for a party that is pro choice. Trump is one of the most pro life presidents we have ever had. He created the conscience and religious freedom division in the department of health. Maybe you have this backwards, maybe God is telling us to stand with Trump or we will walk out of God's life.Sloan BashinskyI'm not a Democrat. See my comments to Sally below this conversation. I do not care for abortion. However, I have yet to know one pro-lifer who adopted an unwanted baby to prevent abortion. Who gave money to a pregnant woman, who didn't want her child, so that she could raise and provide for the child. When I read about Jesus in the Gospels, he looks seriously liberal to me. Pray for, love, do good to your enemy. It's more blessed to give than to receive. Give alms to the poor. It's harder for a rich man to get into heaven, than for a camel to pass through the eye of a needle. Judge not, and God will not judge you. That's a tough one for everyone, including me. I wonder what kind of PTSD Trump's evangelicals might be experiencing? God did not get Trump elected.I do not view Israel, or any foreign country, as an extension of America. After 9/11, Archangel Michael told me America needed to get out of the Middle East altogether. The night of 9/8-9, Michael asked me in my sleep, "Will you make a prayer for a Divine Intervention for all of humanity?" I woke up, wondered what that was about, made the prayer, went back to sleep. One year to the night later, Michael asked me in my sleep to make the same prayer. That time, I made the prayer during the dream, and added to it, "and let it begin in me!" I then got yet more courses in being stood before mirrors, beams in my own eye. I have learned that God does not think much like people think, nor do God's angels. Now, the Devil doesn't think like people think, either, but is pleased to tell people what they want to hear.SallyI love how people think states that went blue cheated and the states that went red (with the same rules) didn’t. Also love that part about every case being tossed - even by conservative judges appointed by Trump himself. All their whining, they turned out to be snowflakes..I am curious - with all the cheating that happened - why did Dems fare so badly down-ballot?Sloan BashinskyYou should have gone to law school 😎Gosh, I saw a Trump tweet that told North Carolina people to vote by mail and then go to the poll on election and vote again, and their first vote would not be counted.If the Dems actually think they got some kind of mandate in this election, they didn't. I think Biden won, because Trump upset, scared, pissed off a lot of Americans. And, yet, he got more popular votes than any prior presidential candidate, but a few million less than Biden got - similar to 2016, but this time, as it now stands, Trump didn't win the electoral votes.Looks to me, America is two countries now.For example, a really good friend of mine, Montgomery, Alabama native, I met him in north Georgia, in 2001,100-percent Republican, calls himself Na Ga Hick in his correspondence with me, posted this on his Facebook wall today:

Na Ga Hick I have continued to leave my 4x4 Trump sign in the front of my house. This Sunday morning 12/13 11:00AM my across the street neighbor called to tell me a man was out front cutting my sign down. Immediately I ran out side yelling at him. He said the election is over and I said not for me it's not. He showed me his fist like he was going to hit me. I hit him and after a scuffle and landing a few more blows, I let him go... he was yelling for help from all the passing cars. Name is John Puhek, Skylake... originally from California, went to UCLA.... imagine that ! A deputy came and he will have theft by taking charges ! People, we have got to stand our ground, or there will be anarchy and fighting in the streets (already is) everywhere!SloanAnd people think I'm crazy. That UCLA grad went off his meds? No fighting in the streets here, yet. (Nor where he lives.)

Lee AnnI believe it was not stolen.People just were fed up with the travesty that Trump represents.......Sloan BashinskyA friend in another state, who belongs to no political party and is not impressed with Biden, Harris, Pelosi, etc,, said today that Trump set America back 50 years. I chirped, from which America will never recover, SNAFU went to FUBAR. My friend said there is a military acronym for beyond FUBAR, but he could not remember it.This friend, Lee Ann, near-daily reports hearing this and that from angels, who don't have much encouraging to say about the state of affairs in America and beyond. When I first was getting to know this fellow, he said said angels just showed up in his living room and sat on his couch and easy chairs, depressed the seat cushions, and talked with him. After he had to move in with other people, angels only talked to him in dreams and visions when he was at home. Imagine those angels visiting Trump, Biden, Pence, Harris, McConnell, Barr, etc. That would be some Christmas present.Lee AnnThe angels are very much needed now Sloan. I guess God has us here at this auspicious time for a reason.Sloan BashinskyWell, I keep wondering what I'm still doing here? The other day, my friend reported being told by the angels on his case, that angels don't run many people, but wish they could. I suppose there is some kind of prime directive not to meddle too much in Earthling affairs, but for quite a quite a while now, I have thought (been convinced) humanity needs that kind of assistance across the board.Lee AnnI agree, we most certainly do. Need some angelic intervention. I am so glad to reconnect with you. You really should come visit. Puerto Rico is gorgeous where I live and full of history.Sloan BashinskyRe angels intervening, see my last reply to Derrick above in this FB thread. The course in mirrors is .... invigorating. Am dealing with important stuff that requires me to be where I am. And, don't want to get on a commercial airplane for any reason even before the bioweapon arrived. You seems happy to be in Puerto Rico. I have seen photos and much of there is beautiful. Probably easier to ride out monster hurricanes there than Key West.

Lee AnnI survived a category 5--- Maria. I know now there is a God for sure. I just kept praying to see my kids and grandkids again and here I am. I have 6 grandkids. Courtney is a Dr., like your daughter. Time flies.Sloan BashinskyYeah, there is a God; it is proven to me every day of my life. Belief is for people who have not experienced the proof.