voting for Donald Trump is voting for the extinction of humanity 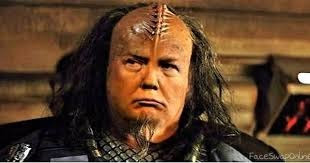 Biden thinks saving the planet from humanity is a top priority,
Trump pulled America out of the Paris Climate Agreement and could care less what humanity does to the planet.
No planet, no humanity.

Voting for Donald Trump is voting for the extinction of humanity.

For yucks, a Key West man I got to know somewhat when I lived there published this book below to try to help his friend Donald Trump get elected in 2016. 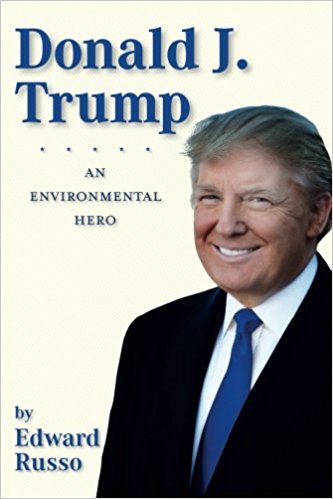 When Donald Trump offered to spend $10 million revamping the county golf course in Crandon Park, his top negotiator made one thing perfectly clear: the 20-foot trees along the shoreline had grown much too tall for the mogul’s tastes.

“If he can’t get the 450 yards of mangroves reduced to 4 feet high so the Miami Skyline can be seen along Number 18,” parks chief Jack Kardys wrote to staff in March 2014, “there will be no deal.”

More than two years later, Trump’s failed bid for Crandon is being lauded in a book by his top negotiator, Edward Russo. The title: “Donald J. Trump: An Environmental Hero.”

In the self-published book, Russo argues the GOP nominee takes a practical, selfless approach to environmental conservation through his development deals. For Crandon, that included a plan to irrigate the course with reused wastewater from a nearby plant, reduce chemical runoff into the adjoining Biscayne Bay, and efforts to make Crandon safer for birds.

“There were serious environmental problems at Crandon,” Russo wrote. “[T]he entire archipelago was part of a migratory bird superhighway. Special care was not given to habitats or food sources.”

As for the mangroves, Russo said Trump was right to want to let some breeze in through permitted trimming.

“An environmental hero would look at those mangroves and improve their quality,” Russo said Monday. “And improve the quality of life in and around there right now.”

Critics scoff at Trump as a climate-change denier who has declared windmills too ugly to be within sight of his golf resorts. Among them is Sierra Club executive director Michael Brune, who said in a statement: “The bottom line is Donald Trump is the worst candidate for the environment ever nominated by a major political party in the history of our country.”

“You’ve got to be kidding me,” Miami-Dade Commissioner Sally Heyman, a Democrat, said when told of the book.

In a statement, Kardys noted the Audubon Society has certified Crandon as a wildlife sanctuary. A course like that, Kardys wrote, “can hardly be termed a serious environmental problem.”

Russo’s book comes as Trump’s Crandon foray continues to provide attack fodder in the Miami-Dade mayoral campaign. It was Russo who arranged for Trump to donate $15,000 to Mayor Carlos Gimenez’s reelection effort. Trump and Gimenez had exchanged letters about Crandon after the two played golf there in 2013 — with Gimenez touring Trump’s Doral golf resort before the game.

One of Gimenez’s sons does lobbying work for the Trump organization, and challenger Raquel Regalado used the 2014 talks to portray the incumbent as too cozy with the rich and powerful. Gimenez described the Trump proposal as a reasonable idea for the county to entertain before Trump entered presidential politics. Gimenez returned Trump’s donation on the heels of his controversial statements about Mexicans last year and, like Regalado, says he won’t vote for the GOP nominee.

Russo, a Key West resident and member of the Monroe County Climate Change Advisory Committee, pitched the Crandon offer as a way to restore the course to past glories while saving Miami-Dade taxpayers money. “It was kind of a legacy thing,” Russo wrote. “People of wealth have obligations, and Donald does not amass wealth for the sole purpose of retaining it.”

The plan called for Trump to spend $10 million redoing the public course, in exchange for a 99-year management deal that would maintain the waterfront property as a county park but give the mogul’s golf empire control of tee times. That would have let the inland Trump Doral resort sell Key Biscayne outings to guests, a strategy Russo confirmed in interviews at the time. Miami-Dade was guaranteed $100,000 a year in the proposal for a course that was losing money at the time, while Trump would keep 90 percent of any future profits.

Critics questioned why the well-ranked course needed a Trump bailout.

“I wasn’t persuaded that there was an overall advantage,” said Commissioner Daniella Levine Cava. “It would have put an investment into the park, but it would have made the park most likely inaccessible to more of our residents.”

In his book, Russo said the only member of the 13-seat commission who seemed to have read Trump’s proposal was Jose “Pepe” Diaz. Many of the rest, he wrote, rejected Trump’s plan based on a critical Miami Herald article.

“We offered to give Miami-Dade a huge charitable contribution,” Russo wrote, and a “reporter twisted it around to make it appear that Donald was getting something from Miami-Dade?”

Heyman said she was familiar with Trump’s plan when she met with Russo in early 2015. “I read what was provided,” she said. “And I was troubled by it.”

Russo said the idea for the book stemmed from media bias against Trump, as reporters called Russo for help on stories about the presidential candidate

“They were only looking for things that would be critical of Donald Trump,” Russo said of reporters. “If he ever did anything that was exceptionally good for the environment, I would never, ever read anything.”