this mystic has zero trouble seeing President Trump's coronavirus infection dates back to his maskless Rose Garden celebration of the passing of St. Ruth Bader Ginsburg and his nomination of Amy "Handmaid Tale" Coney Barrett 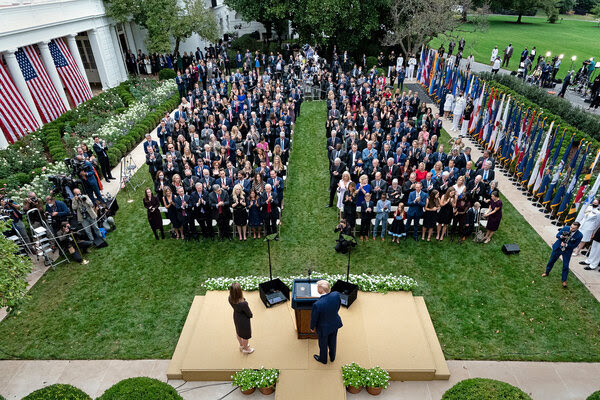 Me to Sancho Panza yesterday:

Me: Oh, to be a fly on the wall, fluent in doublespeak, squeak, etc.

Sancho: It's a continues feed, you can go back to anywhere on the timeline and do just that!

Me: Fly on wall listening to Trump and his close associates.

Sancho: I see, you want to do a Hillary/Obama spygate!

Me: I just want to hear what actually is being said, don’t you? 😂

HOW SICK IS TRUMP

Me: This you tube guy is wearing me out, quoting a doctor he says he knows, who does not know Trump, that's why I want to be a fly on the wall, yet Dr. Zelenko - oink!!! - would have headed all of this intrigue off at the pass, if he had started treating Trump when he tested positive.

Me: So, should I ass-u-me Trump chose this route instead, because he figured it would be a much bigger off Broadway hit than messing with that weird Jew doctor who simply tried to save his own community, America and the world?

Sancho: I think you, and many others I know, give too much credit to Trump's BS about being such a great tactician... I think he is just used to navigating rough waters by the seat of his pants and using whatever resources are available in front of him w/o much care for anything other than winning... he apparently thinks that these Doctors are going to get him through this faster and he's going for it! Gotta to admire the simplicity of his mind! If he had been a good tactician he would had been taking the HQC(or quercetin) and zinc prophylacticaly!  There is no money at all to be made on HCQ, so even if they were using it secretly(at Trumps request) it would never get out, as the MSM, The Dems and Reps are all owned by Big Pharma!

Yeah, it would be interesting to know for sure what they are really using to treat him if he recuperates in a few days w/o side effects!

Me: FOX would have gotten it out that Trump was taking hydroxychloroquine and zinc, if Trump had wanted it to get out. I think he was afraid of what the said bad guys and gals would have done with him using what would have kept him out of Walter Reed and saved America and humanity from Red China's bioweapon. True greatness is not his goal. Nor the bad guys and gals'.

Me this morning: From what I read online, this seems to date back to when Trump and others met to celebrate the passing of Ruth Bader Ginsburg with the nomination of Amy Coney Barrett, whom I read inspired "The Handmaid's Tale". Then came Trump's pigs-ass debate debut, following which he met with people after he knew he had tested positive, but he kept that to himself. This mystic has zero trouble tracing the bread crumbs back to God having a hand in it.

From what I read online, the doctors at Walter Reed are throwing the kitchen sink at Trump's infection. Perhaps out of an abundance of precaution, but from what I read, his oxygen level decreases and the steroid treatment is in the league of M*A*S*H medicine. His stunt going out in the SUV contradicts any known medical protocol. Yeah, I would love to be a fly the wall and learn what really is going on, and, yeah, I would publish it on my blog, because fake news is way past getting really, really old.

Sancho: We are being fed the same story by the MSM, including Fox!

Me: Trump could have chopped off Big Pharma's legs by going with Dr. Zelenko's fast, cheap cure, and making it available to all Americans.

Sancho: Here is some more "stuff" about Big Pharma and POTUS Corona treatment...
Trump to do Full 5-Day Course of Remdesivir – Betrayal of Hydroxychloroquine Doctors?
Sancho: This is one of the comments from that last link I sent you:
Greg Hill October 4, 2020 at 5:33 pm - Reply
Me: Trump indeed betrayed Dr. Zelenko and the Front Line Doctors, but he betrays anything when he thinks something else will serve him better. He betrayed America when he asked Russia to help him get elected in 2016. He betrayed many people he owed money. He betrayed his wives. He betrayed America.
Of course, he's taking a Big Pharma high profit drug, or drugs, now. He needs all the campaign money he can get to try to beat Joe Biden. For all I know, Trump, or someone close to him, is being paid under the table by Big Pharma, or has been threatened with something horrible if he does not protect Big Pharma. He is just as big a whore as what you hoped he would dismantle.