Messages From Above and from below for humanity 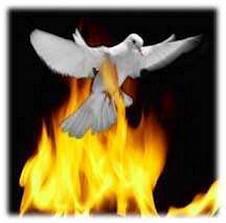 In the main, religious/spiritual sects do not know demons can make miracles and give them what they want.

I have a friend, who reports being turned every which a way but loose by angels. He emailed yesterday:

Had something hit me that just seemed appropo...
This is the "universal message for all humans" in light of all the hate in the world people need to be reminded of the message from above. If you have anything to add, please do. It may not be blog worthy. Maybe share on Facebook.

In Heaven you are in the presence of God Almighty and there is no denial of where you are at.

In Hell, for an eternity, you are in the presence of pure EVIL. We can call him Satan or the Devil or Lucifer- same guy. When you reach hell, it is no longer a case of being in denial that there is EVIL, real EVIL.

On Earth we are both in the domain of God and the Devil. There is more of the Devil in the World, and being of the World you are of the Evil that Pervades The World. We must accept true evil exists in order to recognize it, not be in denial, and not stray from God. It is a difficult path to renounce the things of The World, but necessary, as it allows us to exorcise those things in our spirit which are unclean. It is painful. It is costly. It is disturbing. Most people cannot and will not follow this path. It is the path of greatest resistance. It's damned difficult, and it requires us to go beyond mere faith and realize that there is a God and he is Good in the World and there is the Devil who is creates the snares of the World, but both are as real as your fist. If you doubt the reality of your fist, then take and punch yourself in the face with it. That fist is real. GOD is real, Goodness is Real, Love is Real, Kindness is Real, Empathy is Real. Satan is palpable EVIL- he is just as real. Both Good and Evil take stock of us and they are aware of us. They know us and our weaknesses and our faith. We have to transcend faith and accept live in the world of reality, that God is real, so is the Devil- good and evil are not just philosophical points for debate.

This process is self inventory, it is the fires of the snares of the world(substance, sex, crime, violence, ad nauseum), it is realizing that there are truly evil people who are possessed and lost cases. There are people whose goodness is their core it is their natural path that they commit to in life. We have to accept that both cases are truth. Some people have snares from which they must exorcise themselves, and some can, some can't. Those of the world may never realize the value of one's goodness and the value of being good. Those of the world may value doing evil for in the short term of 65-100 years of Worldly Life in which it benefits them. But there is an eternity.

God has no political party. None. By aligning yourself in the struggle of US vs THEM rather than, How can WE make the world better, you are failing God. Don't let the trap of politics and the evil of others drag you down.

God may be Allah, Buddah, Krishna, Ahura-Mazda, Siddartha, the Buddah,the combination of the Kami, Esege Malan and Ulgan, Odin and Baldur, the Winged Serpent, the Rainbow Serpent, the Turtle from which all life sprang forth, the Water Spider who ferried man from the Garden of Eden to Earth. So many names and concepts but God is not difficult to recognize.  God is Goodness, Kindness, Empathy, Sympathy, Purity, the Willingness to Help Others who WANT Help, Sacrifice, Introspection, Reflection, Exorcising one's self from the FIRES of the World's evils- and thus getting BURNED AND WEARING THE SCARS for having strayed BUT ULTIMATELY FINDING YOUR BACK TO GOD. . Good is not necessarily that which is most easy, in fact it is the path of God is that of the greatest resistance. Go beyond the human lizard brain's desire to embrace what's easy, do what is difficult and take the path of God.

There are jurists of worldly law, and they are frequently wrong- for there is only one judge in all creation- God.

Live that which is hard and be judged not by a jurist, but by the only judge and pass forth into Heaven. It is the greatest challenge.

I ruminated yesterday and slept last night on what you wrote. Every bit of it is in keeping with my training and experiences on this world and in spirit. I often have thought and written that this world would be better off if there were no religions and political parties, if each person was being directly led, instructed, corrected, encouraged by what I call the Spirit of God, because I was raised in Christendom. Alas, in the main, that is not what is happening and instead there is a great competition and adversariness between different human factions, who are convinced they represent God, which pleases Evil immensely. Every time I am put into a human conflict, a demon is there feeding the conflict and being fed by it. Cut off from God, Evil is left to feed on disarrayed sentient beings to survive, on this planet, human beings. Evil cannot feed on sentient species like Earth's dolphins and whales, because they are in sync with God. This same drama plays out throughout the Creation. Some species are far more evolved and in sync with God, or the Force, than other species. On the cosmic pecking order, Earth humans are still on the first rung of the ladder. The recent U.S. president and vice president debates proved it. The American public's responses to the two debates proved it. I dunno, friend.
There is one other thing. There are people, and groups of people, on this planet, who are very much trying to stay in sync with God. Evil is attracted to such people and groups, who tend to be either unaware of that, or that Evil even exists, which makes them vulnerable to being influenced by Evil unawares. Last night in a dream, I had dealings with such a group, perhaps a New Age sect, whose methods and practices were foreign to me and I was lagging way behind them in that respect, but I was put to calibrate myself to a giant demon they unknowing had attracted and I was put to tell them about it, and that the demon was attracted to them because of what they were about. The dream ended without any indication of how the group took what I had told them. In the main, religious/spiritual sects don't understand that demons can make miracles and give them what they want.
Consider this that I engaged on Facebook the other day:

"Earlier this year, the political scientist Eitan Hersh argued in The Atlantic that highly educated people who consume a ton of political news are making true progress harder in this country. Their appetite for constant indignation fuels an outrage-industrial complex in media and politics, and likely makes compromise harder.
"What they are doing is no closer to engaging in politics than watching SportsCenter is to playing football,' Hersh wrote. He recommends active, local citizenship: getting involved in your community and working with others to push for positive change instead of just watching cable TV and ranting about it. Hersh recommends this for the good of the country; I recommend it for the good of your mental health and relationships."

Reading Too Much Political News Is Bad for Your Well-Being

Heh, I wore out that approach when I lived in Key West and a little ways above there from late 2000 thru 2018. I attended hundreds of city commission and county commission meetings and other local government meetings. I spoke hundreds of times during citizen comments to items on the meetings' printed agenda. I ran for local public office 10 times. Always, I spoke from outside the box, for real change, not counting votes when I spoke. I supposed I participated in around 40 candidate forums or debates, and was interviewed by the local media about that many times. I published daily on my blogs and had a big readership for a generally assumed to be crazy person. Yet at candidate events, when I was my turn to answer a question, speak to an issue, the other candidates and the audience got really attentive, because they knew whatever I said would be different from what the other candidates had said before me, or would say behind me. This can be verified by a number of people down there, including the current mayor of Key West, Teri Johnston. Yet, I cannot say that anything I proposed during all that time was implemented by the city or the county governments, except the city built a homeless shelter where homeless people could sleep at night, because the city was convinced I would put the city into federal court, if its police kept harassing and jailing homeless people for sleeping outside at night. So, as someone who was in the trenches, including being one of those homeless people, who was active politically from the street during that time, I can say that I think something far more effective is needed than "getting involved". Look at America today, if you doubt me. I think it's going to take something on the level of an Act of God, or an ET invasion, or giant meteor strike, or Black Plague. Meanwhile, it does matter that people be informed, not get snared in propaganda from the left or the right, but stay in God's corner, which tends to be out of the box and not particularly fun or glamorous.