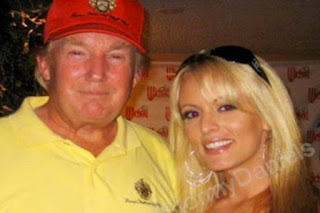 I suppose I'm supposed to say something today about last night's vice-presidential debate. How about for starters something I posted on Facebook two days ago, which shows where I come from politically:

OtehoScpStountfobesrto rit6ten at 3cn:do3t0 rPMfhide
WW II B-29 combat aviator, life-long Southern Baptist Republican, very successful businessman, stock market and oil drilling investor, my father allowed me to be raised in wealth. I had friends raised in wealth. We were hardly perfect little rich kids, but we were nothing like Donald Trump. I think were my father still alive, he would not care for Trump.
Frank Mo
It seems most people who grew up in wealth turn out to be leftist.

The moderator for last night's vice presidential debate was USA Today's Susan Page, who said at the outset how she would run the debate: questions, answers, discussion, time limits, no interruptions of the candidate speaking, which she would enforce. Maybe in a parallel universe, but not last night.

Page began last night's debate with a question to Pence about America having a lot more Covid-19 deaths per capita than most other wealthy nations. Pence never dealt with it. He talked about whatever came into his Republican mind instead.

When Page put the same topic to Harris, a career prosecutor and U.S. Senator, instead of pointing out that Pence had dodged the topic entirely, Harris launched into whatever came into her Democrat mind instead. This former practicing attorney and candidate event veteran said to himself, Harris fucking blew it. How could she have been a good prosecutor? How could she be a good vice president?

Something nudged me to watch Pence's eyes as he spoke last night. Dead. Resident evil. Same thing I see in President Trump's eyes.

I was so disgusted half way through the debate that it was all I could do to keep watching it. With ten minutes left, I started playing chess online to make it easier to keep the debate on my TV.

When I woke up this morning, I liked Stormy Daniels better than I like Kamala Harris, Mike Pence, Joe Biden and Donald Trump.

Yesterday we reported that Winston Wolkoff had released the secretly recorded tapes, featuring the First Lady’s less than savory thoughts on her hubby’s former mistress, adult film actor Stormy Daniels, back in 2018, when Daniels landed herself a Vogue cover.

To say the least, Donnie’s first wife was less than thrilled for what we can only imagine were a variety of colorful reasons — ultimately referring to Daniels as a “hooker.”

And while scrolling Twitter this afternoon, we found that Stormy herself isn’t too fond of Melania either.

In what can only be described as a brutally savage response to the First Lady’s leaked tapes, Daniels wrote on Twitter,

Stormy Daniels
@StormyDaniels
·
Oct 6
Hahaha! Although I wasn't paid for sex and therefore technically not a "hooker" I'll take being that over what you are any day. You sold your pussy AND your soul...and I'm legal. Keep talking about me. I like your new tits btw. Post (more) nudes? #bebest lol