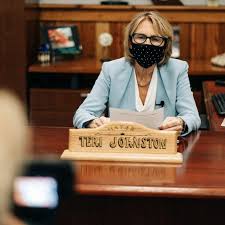 I lived a good while in Key West, ran for mayor 6 times, the last time in 2018, and thankfully came in dead or next to last every time. I attended and spoke at hundreds of city commission meetings and wrote often on my blog about Key West politics. Got to know Major Johnston pretty well. Gave Teri the print of this Key West Art Behind Bars featured painting after she was elected to the city commission in 2007. When Teri declined to  run for a 3rd 4-year term, I figured because she'd had all she could take of city commission games and incompetency, I thought she was easily the best elected official Key West ever had. After Teri was elected mayor in 2018, I gave her the original of the painting. 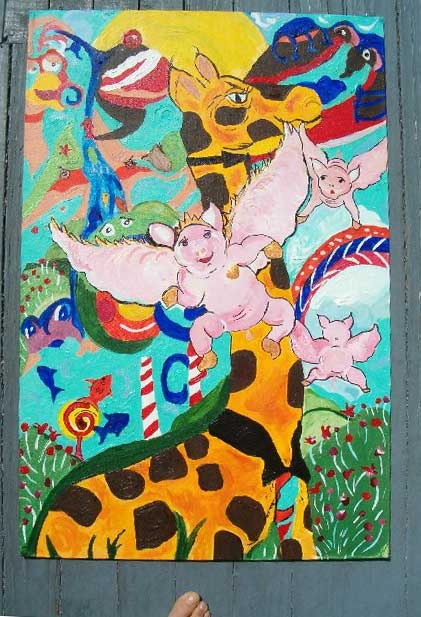 On Facebook last week, Sam Kaufman is a Key West city commissioner, a good friend and my lawyer when I lived in Key West.

Kevin Paul Taylor is with Sam Kaufman and 2 others.

I read the New York Times article today about Key West and the only thing that really bothered me was the fact that Key West officials are quoted as saying they have tried to go easy on tourists and consequently 80% of the citations have been issued to locals.
I respect 100% our island leaders for voting for the mask ordinance and the $500 fines and jail time. But to selectively enforce it by going hard on locals and going easy on the tourists who are the ones overwhelmingly violating the mask ordinance is unfair, unjust and cruel to the locals who have suffered so much economically.
Tourists that can afford to go on vacation during a pandemic and are the majority of those violating this mask ordinance, can afford the fine much more than our locals. 80% of those receiving fines should be tourists not the other way around. I expect and demand better from Key West officials — this policy of going soft on tourists and hard on locals is coming from somewhere, who is giving enforcement those orders?
Here’s the New York Times article about Key West for anyone who hasn’t read it yet: https://www.google.com/…/coronavirus-masks-enforcement-key-…

Not wishing to be thought totally insane by the mayor of an open air insane asylum, I did not mention in my comment that when Category 5 Hurricane Irma was headed toward Key West in late August 2017, Kari Dangler reported to me that she woke up that morning and saw two huge hands come down through the clouds and nudge Irma slightly eastward. As Irma neared Key West, she veered slightly eastward, presenting her clean (weak) side to Key West and hammering the eastward keys with her full strength. That happened because Kari was the only seer in Key West and she was trapped there. I explained that numerous times on my blog, and that the city should have given Kari a key to the city, a monthly stipend and a free furnished apartment. Instead, city police continued targeting Kari and putting her in the sheriff's jail, and I kept reporting that at my blog and suggesting Key West might not care for the karma its police force and their bosses in City Hall were creating.

I also reported at my blog that the reason Hurricane Irma headed straight toward Key West from where it had formed off the west coast of Africa was that it was all over the local news that Key West had created a dog park on top of ground containing African slave remains and pissed off African shamans had steered Irma straight at Key West. If Irma had hit Key West head-on, every large tree in the city would have been snapped off at the roots. Every boat in the harbors would have been sunk or washed up onto shore. Every home in the low lying areas would have been destroyed, and the homes on higher ground would have been damaged. Nearly every motor vehicle in city would have been destroyed. Key West would have looked like the eastward keys after Irma hit them: wasted. Now Key West is being wasted by Covid-19, because it is addicted to tourists who could care less about infecting every person in Key West with Covid-19.

sloanbashinsky@yahoo.com
Posted by Sloan at 8:45 AM