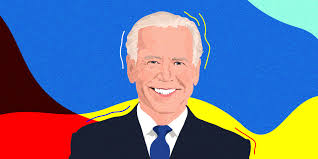 I had a nap dream a few minutes ago, heard,  "Joe made himself a noose and hung himself."

Someone sent me this, and it was there when I woke up.

It was spammed out.

I watched the video and replied:

Gadzooks! And, Biden's about to name his lady running mate, of whom I read online a few days ago, he said she was so close that he could smell her.

I emailed my friend this morning:

This May 7, 2020 POLITIFACT article seems to flesh out what happened and Biden's much later response:

I especially was moved to trust Biden ;-) by these parts of the article:

"I’d be delighted to sit down and compare my IQ to yours if you’d like, Frank," he said.

Biden graduated from Syracuse University’s law school in 1968, but not in the top half of his class. He also did not receive three undergraduate degrees. And, according to a September 1987 Newsweek report, Biden didn’t attend law school on a full academic scholarship, either.

In a statement published in response to the Newsweek story, and covered by the New York Times, Biden said his "recollection of this was inaccurate.''

"I graduated from the University of Delaware with a double major in history and political science. My reference to degrees at the Claremont (N.H.) event was intended to refer to these majors — I said 'three' and should have said 'two,’" Biden said in the statement, according to the Times.

Biden graduated 76th of 85 students in his law school class, and Newsweek reported that Biden had attended Syracuse on a half scholarship based on financial need. The Democratic candidate did not directly dispute the reporting, but he said that he also received money from the school itself and the Higher Education Scholarship Fund of Delaware.

"I exaggerate when I'm angry, but I've never gone around telling people things that aren't true about me," Biden told the Times.

We reached out to the Biden campaign for a comment, but they did not provide one on the record.

In his 2007 autobiography "Promises to Keep," Biden addressed his comments on the 1988 campaign trail. He said he lost his temper because he was getting sick with the flu, and "it sounded to me as if one of my own supporters doubted my intelligence."

"At a small campaign event in Claremont, N.H., I lost it. I shouldn’t have been there in the first place," Biden wrote. "I didn’t feel any better afterward; what I’d said was a quick and stupid rant that I wished I’d never said. Worse than that, without realizing it I’d exaggerated my academic record."

"Thank God, I thought as I left the event, there weren’t many people in the room to see my outburst."

Reminds me of Donald Trump's exaggerated claims about his own education.

We very much need another president who exaggerates when he is angry.

Biden has been teasing America for quite a while with suspense about who he will pick as a female running mate. Reminds me of a little girl pulling up her dress and showing her underwear to a boy, then giggling and dropping her dress and running away.

Maybe the noose was put around America's neck when Biden became the Democrats’ candidate this year, as if the noose was not already put there by the current White House resident.

I suppose we should not speak of nooses, we might be accused of being white supremacists.

sloanbashinsky@yahoo.com
J.D., University of Alabama School of Law, 1968;
LLM, in Taxation, 1979;
somewhere near the middle of both classes