Father's Day ruminations on the Summer Solstice, the Coming of the Dark 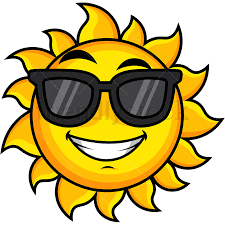 And, the Summer Solstice.

The longest day of the year, the coming of the dark.

In the past, I sometimes wrote at my blogs about my father's family, about which I knew a great deal, which the general public did not know and was not mentioned in newspapers, blogs and Facebook.

I fell onto hard times, that is, ran out of money, was broke, living on the street, sleeping there or in shelters or in friends' homes, and kept writing at the blogs.

By and by, people looking after my father's affairs made a deal with me. The deal was they would loan me from a vested inheritance my father had left each of his children, enough money each month for me to live modestly inside. My side of the deal was I would not speak or write certain things publicly.

I did not view the loan of my own money as charitable, but I was darn glad to have it, because I was tired of living on the street. More than tired, I was 75 years old, worn out, breaking down and wishing it would all be over soon.

My older blogs, goodmorningkeywest.com and goodmorningfloridakeys.com, containing about 5000 posts, had gone by the wayside. Along with their fairly large readership.

I was pretty well known in Key West and the Florida Keys because of those blogs, and running 10 times for local public office, and regularly attending local government meetings and speaking during citizen comments.

It was generally known that my take on something would be  different.

This blog continues. Small readership. Although I dream most nights about what I might write the next day at this blog, I tend to think and feel I am writing just to have something to do for a little while each day, and perhaps adding to an informal last will and testament. Before I figure out something else to do, such as play bridge or chess online, and now again face to face, or take a walk, or watch something on the nice TV one of my daughters gave me.

She also gave me her old van, without which I could not live in Alabama, and would live in Key West again, where all I needed to get around was an old one-speed ladies Sun cruiser bicycle. 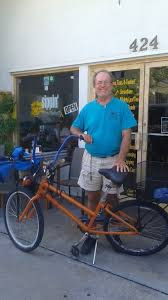 It was a whole lot easer getting on and off that bike, than a men's bike, hiking and slinging my leg up and over the seat or cross bar.

Bought it from a homeless man, who found (he said) old discarded bicycles, stripped them down and used the parts to build new used bikes he could sell cheap. Paid $50 for it, and about $150 for the front and rear baskets and new tires with thorn guard tubes.

That was my horse. As in olden times, I felt it was a hanging offense to steal someone's horse. A lot of bicycles did get stolen in Key West, 2 of my bikes were stolen. I never heard of any hangings.

After the second bike was stolen, I quit buying new bikes and bought bikes that were so ugly and peculiar that most people knew it was my bike.

A while back my daughter's hubby asked me, if and when I receive the humongous part of my share of what my father left his children, will I keep driving the old van his wife gave me?

I said, "Why wouldn't I keep driving it? It's a damn good vehicle, all I need to get around town and drive over to Mississippi to visit you guys."

He said, "She told me you would say that."

When their first child was born, they asked me what I wanted my grandchildren to call me. I thought a moment, said, "Tell them to call me, 'Grandfossil'."

Nowadays, when someone new asks what I do, I might say, "The Smithsonian let me out to roam around a bit, they put a tracker on my right hind leg, but I gnawed off that foot and the tracker and grew another foot and just kept roaming."

Sancho Panza emailed something yesterday, which made me feel all warm and fuzzy inside:

Years ago, I suggested that you should start your own youtube podcast channel, but you didn't have the means for getting the equipment, etc... I think you do now, so go ahead and get your own podcasts, I will be interested to see how you do and the kinds of comments you get!

I thought about that in 2018, after moving back to Alabama, but didn't feel like I had enough money to spend on it, nor a clue how to operate the equipment, nor how to launch and promote it. I'm in about the same place now, but have a little more money due to not spending much money on this and that. By the end of this year or early next year, I might be rolling in dough and money won't be a factor.

I'd love to do a podcast with you, I think it would be a hoot, you could just be a voice behind a mask, safe at home in Big Applevile.

Sancho replied with a thumb's up.

Facebook back and forth today with an Alabama Republican:

Michael
Why am I getting Sloan Bashinsky’s post notifications only to find that I’m not able to read them?
Sloan Bashinsky
No clue why you are getting them, way above my pay grade. I get lots of other people’s notifications and mark them do not continue, but I can open them if I wish.
Michael
I enjoy your posts and our conversations and was not happy with FB, not you. Keep posting your commentaries which are thought provoking, even when I disagree.
Happy Father’s Day!
Sloan Bashinsky
Thanks, I thought you were perplexed by Facebook. Sometimes I’m perplexed by Facebook. Have over 1500 friends, all but perhaps 100 sent me friend requests. Hardly knew or didn’t know most if them. Most times we had mutual friend or friends. Perhaps they viewed me as something curious to check out. Getting turned inside out and upside down and every which a way but loose 35 years by angels did perform some modifications on my thinking, outlook and behavior.