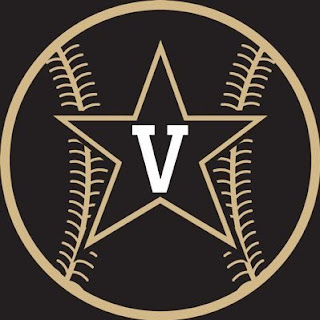 I graduated from Vanderbilt University in Nashville.

Last night, Vanderbilt met Mississippi State in a best of 3 game shootout for all the College World Series marbles.

In the top of the 1st inning, a Mississippi State player homered.

Vanderbilt then scored 7 runs in the bottom of the 1st, and would go on to beat Mississippi State, 8-2.

As I watched the bottom of the 1st, I thought the Mississippi State pitcher was hexed. Seriously. A walk, two hit batters, one to score the 1st Vanderbilt run.

After the 2nd inning, I decided to turn off my television in case I was hexing Mississippi State, where my older daughter's husband played baseball, and much later was the head baseball coach, and now is Mississippi State's Athletic Director.

Vanderbilt got to the finals after North Carolina State was disqualified from its semi-final game round against Vanderbilt, which advanced Vanderbilt to the final round without any struggle and with plenty of rest.

While I puzzled if Vanderbilt's team would be tested, which, so far, I don't know the answer, I also puzzled over teams in Power 5 conferences get 11.7 scholarships to distribute among 27 scholarship players on a 35-man roster. A football team gets 85 fully-funded scholarships and a women’s volleyball team receives 12.

The general result is, young men with baseball talent tend to need parents who can pay for their kids to play at schools like Mississippi State, Alabama, Tennessee, etc. Such kids tend to be from white families.

Vanderbilt is a heavily-endowed private school, the only such school in the SEC. Vanderbilt recruits talented high school baseball players with athletic or academic scholarships. This is permitted. The result is Vanderbilt's team is more ethically mixed than most SEC schools.

Vanderbilt recruits some high school baseball players with ACT scores  below Vanderbilt's high ACT admission average, and below the ACT average of some other SEC baseball teams.

Whether the Vanderbilt low ACT score players attend classes at Vanderbilt or at its teacher college Peabody across the street, I do not know. But those baseball players receive Vanderbilt degrees when they graduate.

Now, I'm now knocking Vanderbilt. What I'm knocking is that all SEC colleges should be able to recruit high school baseball talent like Vanderbilt does it. There should be no financial, academic or ethnic discrimination in college baseball recruiting.

Here is a link to a fairly comprehensive article explains the 11.7 athletic scholarship and academic aid dynamics, but does not mention the ethnic issues.