What exactly is a progressive? 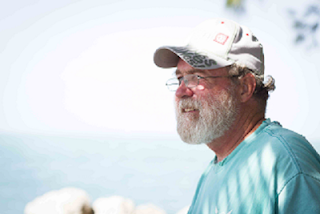 A friend alerted me yesterday to this comment about the Bashinsky family on someone else's blog, "Only Sloan Jr. the Mad is a progressive, some of his side are. The rest are Alabama blue blood washed dark red."

Although I belong to no political party, many times on Facebook and elsewhere have I been called a leftist marxist, commie, etc.

I think the core definition of progressive, or liberal, is someone who tries to bring forward beneficial change. In that sense, I suppose the most progressive people in world history were Buddha and Jesus.

Two things happened online yesterday, which gave me opportunity to show what kind of progressive I am.

The first thing was this email:

My name is Natalie and I am a BLM activist, I believe in freedom, liberation, and justice.

Thank you for coverage of the Black community in your  article afoolsworkneverends.blogspot.com/2021/04/facebook-proved-yesterday-that-it-is.html.

Supporting BLM is crucial to help people in our society and I found an extremely detailed article on why we need to support the Black Lives Matter movement and how to get involved.

You can see it here: https://www.dnaweekly.com/blog/support-black-lives-matter-reasons/

Would you like to add it as an additional resource to your page? The more people learn about BLM the more they should understand why BLM is important for a free society and equality.

Thank you in advance for your support,

Thanks, Natalie -
While I agree with the America right, which mostly is white, that all lives matter, I wonder if they mean it when I see them respond to yet another mass shooting by saying bad people, not guns, kill people. I wonder when I see right whites rail against abortion, if they even once tried to adopt a white pregnant woman's unwanted child or offered to support that child financially if she went to term and had the baby.

I'm white, and I have plenty of trouble with the white right in America. And, to be honest, I have plenty of trouble with the American left. Good luck them wanting to adopt an unwanted black baby.
I was born and raised in Birmingham, Alabama, and was a white bigot growing up, even though our black maid loved and raised me like her own, and I remain ashamed of how I was then. So, yes, I do say black lives matter, and when I see conservative whites react against that, I think they need to have a prayer meeting with Jesus, whose skin was not their color.
And, when I see blacks react with violence to, say, the George Floyd murder, I say those blacks did not know Dr. King, nor Jesus, and need a prayer meeting with them both.
I applauded black pro football and basketball players for taking a knee. What a powerful non-violent statement. Well, the white right reacted violently (emotionally).
Something that puzzles me is why blacks join the U.S. Military and fight its rich white men's wars? I could not fathom Barack Obama accepting the Nobel Peace Prize while he continued to wage the two Bush-Cheney wars. Was that a modern version of picking cotton?
What if black service men and women refuse to fight wars spun up by rich white American men? I bet Dr. King and Jesus might give that an attaboy.
Dr. King came out against the Vietnam war being a rich white man's war and he was killed.
Before that, President Kennedy came out against that war and he was killed.
Look what they did to Muhammed Ali for not fighting in that war.
Look at what Trump, MAGAs and most Republicans today are doing: claiming the 2020 presidential election was stolen - by blacks - but they don't say, by blacks. Not in public, anyway.
I hope America is not headed into another Civil War.
Sloan

The second thing was old Republican friend Mark replied on Facebook to one sentence in yesterday's the covid story: defeat snatched from jaws of victory by confederacy of human blunders and worse post at this blog:

Sloan
I find it deeply distressing that President Trump and Americans did not see God's attempt to save America and humanity from Covid-19.
Mark
To your last sentence above, a pragmatic President Trump saw it, but was swimming upstream against a current stronger than the Ocoee with its gates wide open. In this case, he got played BIG TIME by Fauci, Big Pharma, WHO, CDC, and a load of other corrupt organizations and politicians hell bent on selling unproven, injectable potions.

What I find deeply disturbing and on my plate today is the fact that we were able to serve our customers from Italy with engineers coming here in 2020 while Covid RAGED under NIE (National Interest Exemption) granted in 7-10 days by the US Consulate in Milan. This year, due to staff cutbacks, consulate closures, and not giving a damn about business (build back better my arse!) this administration has put roadblocks up for ESSENTIAL (fully vaccinated) professional business people to enter while leaving the southern border open to 200,000 human trafficked illegals each and every month! War on drugs my arse! American workers be damned! American taxpayers, screw you! Pathetic but predictable:-(
Sloan Bashinsky
Have you been vaccinated, Mark? Last I recall, it would be a while, if ever, before that happens. But, I agree, vaccinated people should be allowed to come into America, but isn't it easy to forge a vaccination card?

If I had been Trump, then Biden, I would have sealed off America's southern border with the troops in Afghanistan and Iraq, instead of spending all that money on a wall. If more troops were needed to seal the southern border, I would have pulled them there from elsewhere.

Trump stood before the Capitol holding up a Bible, he told his worshippers God sent him to them, yet he didn't see the covid-19 cure God served up to him on a silver platter? Or, he saw it and he caved to the pressure? Or, he caved because he was worried about losing votes, being made fun of by the Democrats, the mainstream media, etc. Or, he was afraid of being bumped off by the medical-indu$trial complex? Or, he was bought by them?

Trump will be put through the wringer when he stands before St. Peter, for not seeing to it that every American got the cure God sent directly to Trump via the doctor who was inspired by an angel to invent and battlefield prove it.
Mark
I'm not an anti-vaxer, but I'm not ready to become a test subject for the mrna "vaccines" currently being mass marketed. I have no conditions which make me highly vulnerable and am using your Zelenko strategy of Vitamins B, C, D, Zinc, & Quercetin as well as keeping a strong fitness regimen. Considering putting Ivermectin in the mix for prophylactic use also. Wonder why the media refuses to cover VAERS data?
Sloan Bashinsky
I would not take Ivermectin (nor any drug) as prophylactic, other than for brief time, say, if you were around someone who tested Covid-19 positive. Trump took hcq and zinc for a while after some of his staff tested positive, but when he actually caught Covid-19, he took an expensive treatment that had been learned worked. That was the first clue he had gone down the Big Pharm rabbit hole. Big Pharm controls most media, so don't expect most media to report what Big Pharm doesn't want reported. Ironic, Big Pharm is about as capitalistic as it gets. Money is its God.