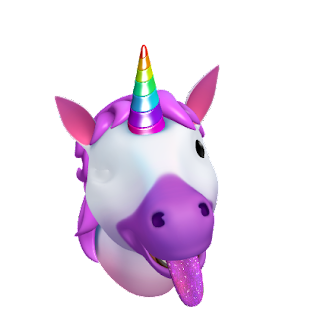 After reading this morning's "Is Sloan Jr the Mad a progressive?" post at this blog, a Key West amigo, who manages rich people's money and is very familiar with my 10 fool's errand runs for local public office in Key West and the Florida Keys, texted me:

I suppose, so I changed the title to, "What actually is progressive?" Thanks

You're not Jr to me

No, I'm a dinosaur

It's a proper name for a Knight

Well, maybe I shudda left the title alone then 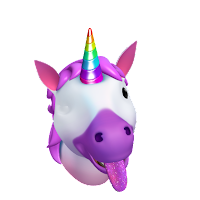 Sancho Panza, who nick-named me Don Quixote, also responded to this morning's "Is Sloan Jr. the Mad a progressive?" post:

You're an old foggy, try as you may, everything you call out(Jesus, MLK, Gandhi)  is already rancid with the passage of time which is something the current woke crowd detest... not knowing that one day, they too will be canceled by a newer generation that would see them as not progressive enough... it is said that JFK would be despised by the current Left and I believe that would probably be true!  But you and I know that this is all entertainment sport, right?

I'm definitely an old foggy, and it definitely is entertainment and sporting, although I ever fret of being clobbered by angels mentioned in the Bible for my writings drifting outside their guidelines and training of me, which is not something that causes you to fret, is it? Can imagine humanity would be very different if what those angels do with me was done to everyone.
I think a whole lot of people today, who claim Jesus saved them 2000 years ago, might find him rancid if he were here talking to them today. Ditto, MLK (Gandhi), JFK. So, sometimes I remind such people of those they put onto pedestals, but just might shoot, stab, poison or burn at the stake if they come down off their pedestals and walk this earth today.
Perhaps this text back and forth with a Key West friend, who manages wealthy people's money, might amuse you - or might not ...

Alan Simpson, the Senator from Wyoming calls senior citizens the Greediest Generation as he compared "Social Security " to a Milk Cow with 310 million teats. Here's a response in a letter from PATTY MYERS in Montana ... I think she is a little ticked off! She also tells it like it is!
"Hey Alan, let's get a few things straight!!!
1. As a career politician, you have been on the public dole (tit) for FIFTY YEARS.
2. I have been paying Social Security taxes for 48 YEARS (since I was 15 years old. I am now 63).
3. My Social Security payments, and those of millions of other Americans, were safely tucked away in an interest bearing account for decades until you political pukes decided to raid the account and give OUR money to a bunch of zero losers in return for votes, thus bankrupting the system and turning Social Security into a Ponzi scheme that would make Bernie Madoff proud.
4. Recently, just like Lucy & Charlie Brown, you and "your ilk" pulled the proverbial football away from millions of American seniors nearing retirement and moved the goalposts for full retirement from age 65 to age, 67. NOW, you and your "shill commission" are proposing to move the goalposts YET AGAIN.
5. I, and millions of other Americans, have been paying into Medicare from Day One, and now "you morons" propose to change the rules of the game. Why? Because "you idiots" mismanaged other parts of the economy to such an extent that you need to steal our money from Medicare to pay the bills.
6. I, and millions of other Americans, have been paying income taxes our entire lives, and now you propose to increase our taxes yet again. Why? Because you "incompetent bxxxxds" spent our money so profligately that you just kept on spending even after you ran out of money. Now, you come to the American taxpayers and say you need more to pay off YOUR debt.
To add insult to injury, you label us "greedy" for calling "bxxxxxxt" to your incompetence.
Well, Captain Bxxxxxxit, I have a few questions for YOU:
1. How much money have you earned from the American taxpayers during your pathetic 50-year political career?
2. At what age did you retire from your pathetic political career, and how much are you receiving in annual retirement benefits from the American taxpayers?
3. How much do you pay for YOUR government provided health insurance?
4. What cuts in YOUR retirement and healthcare benefits are you proposing in your disgusting deficit reduction proposal, or as usual, have you exempted yourself and your political cronies?
It is you, Captain Bxxxxxxt, and your political co-conspirators called Congress who are the "greedy" ones. It is you and your fellow nutcase thieves who have bankrupted America and stolen the American dream from millions of loyal, patriotic taxpayers.
And for what? Votes and your job and retirement security at our expense, you lunk-headed, leech.
That's right, sir. You and yours have bankrupted America for the sole purpose of advancing your pathetic, political careers. You know it, we know it, and you know that we know it.
And you can take that to the bank, you miserable son of a bxxxxx.
P.S. And stop calling Social Security benefits "entitlements". WHAT AN INSULT!!!!
I have been paying in to the SS system for 45 years “It's my money”-give it back to me the way the system was designed and stop patting yourself on the back like you are being generous by doling out these monthly checks .
EVERYONE!! If you agree with what a Montana citizen, Patty Myers, says, please PASS IT ON!!!!

When I turned 62 in 2004, I became eligible to take reduced monthly Social Security benefits, or I could wait until I was 65 and take full monthly benefits. I was broke, homeless, had nothing coming in other than an annual Christmas gift of tradable securities from my father, which he gave to all his children, which I sold and netted close to $8000. Not knowing how much longer I might live, and being under financial strain (understatement), I applied to receive the reduced monthly benefits. Later, I applied for Medicare. If I had not had Medicare this year, I would not have been able to pay for a slew of medical treatments, including prostate cancer treatment, surgery to remove a benign grown from my larynx, extensive G.I. tract and heart examinations, and that's just the top end of it. So, what I wonder is, aren't Montana and Wyoming open carry states? Or darn near? Don't just about everyone in those states old enough to drive a pickup have guns? That's what would worry me if it was so stupid, retarded and plain totally fucked up as Republican Senator Alan Simpson is made out to be in what you sent me.