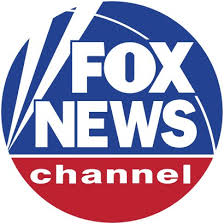 Sancho Panza copied me with this yesterday:

You all remember how I have been harping about Hydroxychloroquine, Zinc and Z-pak as effective early treatments for Covid-19. Well, I had also said that Trump had placed a massive order of HCQ from India and that it was probably a strategic move to make sure military personal had it available if needed. Watch the video and see how this whole thing was probably happening behind the scene but the media suppressed it, including Fox News!
Houston Reporter Ivory Hecker Exposes Fox News Corp Bias! She's with me today! @IvoryHecker

I replied to Sancho, and it went from there:

Please tell me you always knew FOX was just as spun as all the rest of the TV channels? This black guy was an idiot if he did not know until this fake blond girl woke him up.

I was hoping this video was about hydroxychloroquine being ordered for the US Military, whom Trump was far more important to protect from Red China's bioweapon than American civilians.
Does she still work for FOX? If so and that's in the video, apologies for not hearing that in all the other.

The reporter said the Army commander would not comment on the use of HCQ, but the army doctor did admit to her that they were using it to treat Covid and that was back in August 2020, so after the FDA had banned it, which would have been a big scoop but, Fox Corporate wanted no part of it!
I know that all of the MSM companies, including Fox, have specific "audiences" that they set up their programing to attract, this is specially true of their Cable Business, but this reporter was from a local news Fox station in Texas, you would think being in TX that they would cover anything with a Right leaning twist, but the scoop is that at the Corporate Level, they are pretty much locked in step with CNN, MSNBC, ABC, etc..... my point was not the political perspective, but the fact that THEY ALL knew that HCQ was not harmful and exactly the opposite was true, yet they all covered it up and are now the same ones pushing for vaccines for everyone, including babies and those who already are immune(from having had the disease)... that sounds to me like a conspiracy!

Obviously you didn't see the entire video, she actually was doing a live report and used the moment to tell the audience that Fox was censoring her from reporting certain things that she had found out and apparently she got fired after that and went about making public some recordings she had from her boss, etc.! I don't know much about her, this is the first time I hear about this and what interested me was the fact that HCQ and the Army Hospital was part of the reason she either left or got fired from Fox!

I saw and heard all of that, and I wondered if she had quit working at FOX, and, if not, why not? The black podcaster revealed his utter ignorance of reality, and he had no clue he had revealed it, and was proud he had revealed it.
Again, because of your lead into the podcast, I was hoping the video would focus on Trump giving hcq and zinc to his troops, but not to American civilians.
I wonder if Trump did that, given a very large US aircraft carrier became infected with Covid-19, and there was no mention of hcq and zinc being given them.
Sometimes FOX reports facts, sometimes the other news outlet report facts. FOX didn't do such a great job reporting January 6.
All mainstream American news media, including FOX, report some facts, and all mainstream American news media leave out some facts, and all American news media promote their narrative.
Analysis | Tucker Carlson’s wild, baseless theory blaming the FBI for organizing the Jan. 6 Capitol riot

I copied you because of the link to HCQ, but to be honest I don't know why I bother... you seem to transform everything I send to you into an opportunity to score some political point to create contention; I don't care about Fox News per se, just like I don't care about your obsession with Donald Trump, my point was/is that we are all "being had" by the MSM and that behind all the apparent contentions between these competing 'News" Media Outlets, they are all part of the same BS establishment cabal... but you seem to be stuck on an imaginary litigation loop where you attack and I am suppose to defend Right Wing positions or past events, you keep hoping that I would litigate on their behalf... you don't see me at all, so what's the point, Sloan?

So, you want me to respond like your internet correspondents Waldo and Mouse, who seem somewhat short on functional grey matter?
I truly had hoped the black podcaster and the lady from FOX would give Dr. Zelenko some attaboys, or at least his cure, and start a movement that actually would trump the vaccine parades and allow America to move ahead safely - but that is not what the podcaster and the lady from FOX did. They splayed FOX for having its own agendas. The black podcaster said he was a mainstream media basher, he voted for Trump and was proud  of it, and he now was having to bash FOX, as if he had suddenly reached puberty? Where had he been?
I responded to all of that. I'd love to sit down with the podcaster and the FOX lady in a 3 person video and fill them in on what you provided to me about Dr. Zelenko and HCQ and zinc curing Covid-19 pronto, if administered pronto after symptoms appear, and how Trump had the cure and he weenied under the pressure and sold out to the big pharma cabal, and fucked every American, including them and you, and good fucking luck that podcaster airing that interview.

sloanbashinsky@yahoo.com
Posted by Sloan at 9:21 AM