Two jaded old farts carrying on about Covid-19 America and The Great Swamp just might be the sound of fury, representing nothing 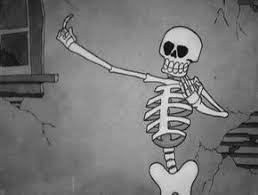 Samcho Panza responded to yesterday's How many people died or were wounded because Facebook, Google, YouTube, etc. would not let people discuss Dr. Zelenko and his cheap, fast early stage infection coronavirus cure?? post at this blog:

I think the damage is done and most people won't hear about this anywhere in the MSM... maybe Fox, Hannity might be bragging about it, with an I told you so... but you will never get anything from Tweeter, Google or Facebook! Nobody really gives a rat's ass, unless some woke celebrity promotes it!

Why didn't Trump make hydroxychloroquine and zinc freely available in April, after he learned about from Dr. Zelenko in March? Trump promoted it, but he did not double down and make it happen. Building the great wall, patting himself on the back, holding MAGA rallies, firing everyone who didn't agree with him, except his FDA director and Drs. Fauci and Brix, was more important to him.

You're like a scratched record, my friend... the answer is simple, it is for the same reason that he is now being impeached even though he's no longer in office! Fox News and Trump himself, tried to get the Word out on HCQ and the Zelenko protocol and the Crazies on the Left, specially the geniuses at CNN, MSNBC, ABC, Google, Facebook, Tweeter and pretty much every Left Wing Controlled Media outlet started demonizing HCQ... are you really that dense to believe that he wouldn't have been impeached as a mass murderer, worse than Hitler, the minute he fired Fauci and  the head of the FDA in the middle of "THE PANDEMIC" ?

Who do you think really runs this country? You yourself were ridiculed by your TDS buddies on facebook for even mentioning Dr. Zelenko and HCQ, which if it wasn't for me, you would have never heard anything positive about! [TDS, Trump Derangement Syndrome]

You totally ignored my question, you voted for Biden and yet all he's doing is issuing executive orders that he doesn't even read, trying to lay the foundations for bringing this country back to OBAMA's  8 years of perpetual wars and food stamps for everybody, while wall street banksters and billionaires flourish!  Why do you keep talking about Trump... it is The Demorats that took advantage of and helped create this economic disaster, with the help of their Chinese handlers in the Media, State Governments, etc.! It is the Demorats that are now running this Federal Government(all three branches of it) and yet you don't aim your famous Quixotic Lance their way and demand accountability, why? Has Don Q become as hypocritical as the Main Stream Media? I hope not!  Oink, oink, oink!

Here is my question again, try to answer it this time:
"We have a new Demorat Administration and all of a sudden, Dr. Zelenko's Covid treatment is OK? What about all the people that have died and are dying because getting Orange man out of office was more important than saving lives? What about making HCQ and Ivermectin available over the counter, right now, at every pharmacy for free or in a $5 Covid-19 kit, like India is doing?"

Come on, Sancho. I gave you credit on my blog many times for telling me about Dr. Zelenko. And then about him recommending quercetin after the hydroxychloroquine witch hunt frenzies by, yep, the Democrats, mainstream media, Fauci, FDA, CDC, NIH, AMA, WHO, Big Pharma, Facebook, YouTube, Google, etc. I gave you credit at my blog for India using hydroxychloroquine, zinc and Ivermectin. For months on Facebook, I let lots of Democrats have it about attacking Dr. Zelenko and his early infection stage cure: hydroxychloroquine, zinc, azithromycin, and did it again today. I have no illusion Biden and the Dems in Congress will repair the USS America, and I told you a few times that I very reluctantly voted for Biden, because he and his legions did not cause me to fear for the safety of my children and their families, and because he at least talks about saving the planet from humanity. However, when you blame the Democrats, recall you voted twice for Obama. I think the Zelenko witch hunters named above should be criminally prosecuted and required to pay reparations to the families of the covid dead and maimed.

I think that's more like the old Don Q... but you don't need to ask Nostradamus about "what's coming" in a Biden administration, just take a look at the people that he's choosing for his cabinet and the executive orders he's signing(blindfolded)... Obama had 8 years of that and all we got was wars everywhere and lots and lots of debt and public assistance... China made a bundle selling crap to us, including the manufacture of medicines like most of our antibiotics... they stole American intellectual property(patents) with impunity, devalued their currency and expanded their influence, militarily and financially, all over the World with our Dollars, fruit of our humongous trade deficit with them!
I have one last question for any honest Democrat: Do you honestly think that in a head-to-head, fair, primary debate/election, Joe Biden would beat Tulsi Gabbard for the nomination? So if they can lie and maneuver public perception to cheat in the Primaries, why not in the Presidential Elections? It turns out, my friend, that who we want for POTUS and even who we get to vote for, makes very little difference to the establishment, they have already picked for us! Time to break the dictatorship of the two party system and get special interest and lobby funding out of our elections!
Here is the President that we could/should all have had the right to choose, yes, even me! She actually looks like one my daughters! Watch it and weep!

I think I saw this video a good while ago. I happily would have voted for Tulsi, had she been the Dem nominee. I detested the Dems' foreign war policies, and the Republicans'. Have you forgotten Bush & Cheney?

Whatever happened in the Dem primaries, Trump got beat this year. I might want to side with his stolen election claims, if he had not gotten beat in some red states, run by red governors and red election officials, and if over 40 lawsuits he filed to overturn the election were not dismissed, oft as not, by Republican judges.

That's my excuse for voting for Obama the second time around, the option was Obama or the same Neocons war mongering, Bush Republicans that Trump crucified during the Republican Primary debates!  My first vote for Obama was because I was truly taken in by his "Change that you can believe" mantra! I actually worked hard getting voters registered in Philadelphia for that guy... that's why I feel that he was the worst one of all... he had the potential to really Unite this country and yet is was all fluff and no substance, no conviction, just like the Democratic Party of today... just take a look where they get their funding from, it's not from the little guys who keep voting for them, they don't have any money to spare!

One lady I know, told me that her friend said that she would have voted for a monkey running against Trump... I think that  was a common sentiment, given how these poor people were/are conditioned! For 4 years the Congress, the Media and Big tech did a hit job on Trump so that anything bad that happened in the World was seen as Trump's fault... people are like that, they love melodrama and black & white, simplistic explanations... so this Chinese pandemic and the Dem Governor's shutdown of the Economy were the perfect storm for finally getting rid of Orange man and his mean tweets! There is no logical reason for having polling places closed so that in my State everybody had to vote by mail while at the same time allowing liquor stores to remain open or making excuses for rioters/protesters as  exercising their civil rights... as if voting or worshiping were not also civil rights! I do believe there was massive cheating during the elections due primarily to the mail in votes, but that's nothing new, actually! Cheating happens all the time in 3rd World Countries, like the DR... and keep in mind that there, every citizen must have an up-to-date  picture ID with finger prints, etc., etc. which is required for voting! But there, the poor people sell their vote for about $10 dollars and a Big Mac meal! Not making that up!