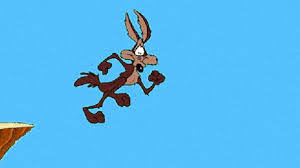 Imagine Joe Biden drops dead of a heart attack next week. Kamala Harris is President and Nancy Pelosi is Vice-President.

The Right floods social media with Harris being a secret member of Antifa. Worse, she is Antifa' shadow leader. The Right media runs with that, even though there is no evidence, no smoking gun, that Harris has anything to do with Antifa. The Right mantra beat goes on, led by Donald Trump.

Trump beats Harris in the 2024 election.

One week prior to Congress certifying the electoral college votes, Harris goes on national news, says, the election was stolen by Trump and the Right, by falsely claiming, without a shred of evidence, that she is Antifa. Harris calls on Antifa, and the Left, to march on the Capitol and shut it down, doing whatever that requires.

Capitol police, furious at Trump for the January 6, 2021 riot he incited, say they are gong stand down, give the Capitol to Antifa and Left protesters. The D.C. mayor says it will deny Antifa and the Left equal treatment under the law, to call in the National Guard to help Trump, who incited his mob to incite and take over the Capitol on January 6, 2021. D.C. mayor and Capitol police advise Congress to stay away from the Capitol. Congress does that. Antifa and the Left take over the Capitol indefinitely. Harris remains president.

Congress meets in a new, undisclosed location. Congressional Republicans attempt to certify the election. All Congressional Democrats, and a few Republicans, vote against, on the ground that Trump was allowed to claim voter fraud, without a shred of proof, and to incite insurrection to stop certification of the election in Joe Biden's favor, so any subsequent president can do the same.

Two weeks later, Harris is killed by a Proud Boys sniper from 1000 yards away. Vice President Nancy Pelosi becomes President. The sniper is caught, says he was following his Commander-in-Chief Trump's orders.

Meanwhile, below is an opinion that provides the context of House Minority Leader Kevin McCarthy reportedly asking President Trump, during the riot, "Just who the fuck do you think you are talking to?" Will McCarthy vote for or against impeachment?