Heil, Joe! Heil, Donald! May you both be abducted and sawed up. 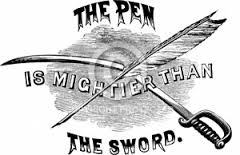 Thus the sword defends the pen

Hallelujah Jesus!!! Donald Trump's favorite liberal commie news channel raked President Joe Biden over the coals for saving the ass of the same Saudi crown prince Trump saved, despite U.S. intelligence the crown prince ordered the abduction and sawing up of a Saudi journalist who criticized the crown prince. 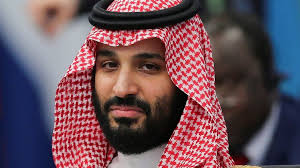 Heil, Joe! Heil, Donald! May you both be abducted and sawed up.

CNN's Jake Tapper compared President Joe Biden to former President Donald Trump on Friday following the administration's decision not to sanction Saudi Crown Prince Mohammed bin Salman.
A U.S. intelligence report published on Friday concluded that bin Salman, commonly known as MBS in the west, approved of the killing of Washington Post journalist Jamal Khashoggi in 2018.
The Biden administration announced sanctions and visa bans aimed at citizens of Saudi Arabia but declined to target MBS specifically. Speaking to Senator Time Kaine (D-VA), Tapper harshly criticized the move.
"Nothing — nothing — for MBS. MBS is getting away scot-free. What do you make of that?" Tapper asked.
Kaine, who was the Democratic vice presidential nominee in 2016, sought to defend the decision but Tapper pressed on with criticism.
"When it comes to accountability for the guy that was in charge, who ordered the brutal assassination, murder, of your constituent, a Washington Post columnist, for the crime of writing a column that said there should be more freedom and democracy in Saudi Arabia, MBS is getting away scot-free," Tapper said.
"How is that any different from Donald Trump? Joe Biden and Donald Trump have the same position — save MBS' ass!"
Kaine said "the positions are not the same" and pointed to Biden's different approach to Saudi Arabia.

(CNN)Despite promising to punish senior Saudi leaders while on the campaign trail, President Joe Biden declined to apply sanctions to the one the US intelligence community determined is responsible for the death of journalist Jamal Khashoggi: Crown Prince Mohammed bin Salman.The choice not to punish Prince Mohammed directly puts into sharp relief the type of decision-making that becomes more complicated for a president versus a candidate, and demonstrates the difficulty in breaking with a troublesome ally in a volatile region.On Friday, Biden's administration released an unclassified intelligence report on Khashoggi's death, an action his predecessor refused to take as he downplayed US intelligence. The report from the director of national intelligence says the crown prince, known as MBS, directly approved the killing of Khashoggi. But while Secretary of State Antony Blinken announced visa restrictions that affected 76 Saudis involved in harassing activists and journalists, he didn't announce measures that touch the prince. And while a sanctions list from the Treasury Department named a former deputy intelligence chief and the Saudi Royal Guard's rapid intervention force, the crown prince wasn't mentioned.US intelligence report finds Saudi Crown Prince responsible for approving operation that killed KhashoggiTwo administration officials said sanctioning MBS was never really an option, operating under the belief it would have been "too complicated" and could have jeopardized US military interests in Saudi Arabia. As a result, the administration did not even request the State Department to work up options for how to target MBS with sanctions, one State Department official said.Make road-tripping fun - and safe - againStart your search with RVshare, the largest peer-to-peer RV rental marketplace on the planet.When asked in an interview with Univision about how much he's willing to push the crown prince to observe human rights, Biden said he was now dealing with the Saudi King and not bin Salman. He said "the rules are changing" and that significant changes could come on Monday."We are going to hold them accountable for human rights abuses and we're going to make sure that they, in fact, you know, if they want to deal with us, they have to deal with it in a way that the human rights abuses are dealt with," Biden said, without being more specific about any plans to punish the crown prince.