Why Democrats, Republicans and the medical-industrial complex might not want the public to know about Dr. Vladimir Zelenko's cheap, fast covid-19 cure 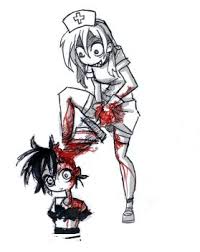 Based on reader responses at this blog and in Facebook discussions, and what I read elsewhere online, I conclude there is very little interest in the cheap, fast covid-19 cure I have been reporting, which causes me to wonder if (a) Democrats want many more infections and deaths between now and November to turn voters against President Trump; (b) Republicans don’t want the public to know President Turmp had the cheap, fast cure in his very small hands in March of this year, but he did not share it will the general public and the media; and (c) the medical-industrial complex doesn't like cheap, fast cures.

Good posts, Sloan. I just surfed the web for posts, including a long one from NYT, and Snopes' saying "Not Proven."
I must say, both are scientifically unpersuasive.  NYT does not even discuss the critical Zinc covariate.  Snopes says that there is no description of the study's specifics, which is simply untrue.
The best way to support anything is to attack it badly.  Until I see further tests (I'm going to try to find the NY state study supposedly going on now) I would myself followed Zev's protocol if I were to develop anything suspicious.
Well, that was fast. Here's the NY State result published two weeks ago. Why isn't this leading news on my various lefty news station, eg PBS, CBS, Maddow? Only stuff like Cuomo's or other studies that omit the critical zinc ingredient.

By Alyssa Paolicelli New York City
PUBLISHED 7:18 AM ET May. 12, 2020 PUBLISHED 7:18 AM EDT May. 12, 2020
SHARE
NEW YORK - Researchers at NYU's Grossman School of Medicine found patients given the antimalarial drug hydroxychloroquine along with zinc sulphate and the antibiotic azithromycin were 44 percent less likely to die from the coronavirus.
"Certainly we have very limited options as far as what we have seen work for this infection so anything that may work is very exciting," said Dr. Joseph Rahimian, Infectious Disease Specialist at NYU Langone Health.
The study looked at the records of 932 COVID-19 patients treated at local hospitals with hydroxychloroquine and azithromycin.
More than 400 of them were also given 100 milligrams of zinc daily.
Researchers said the patients given zinc were one and a half times more likely to recover, decreasing their need for intensive care.
·         Why Hospitals in NYC Have Abandoned Hydroxychloroquine
One theory is that hydroxychloroquine may aid a cell’s ability to absorb the zinc which has antiviral properties and responds to the infection.
"It sort of boosts the zinc activity which is one of the reasons we thought to look at zinc here and in this observational study we did see a difference suggesting that maybe that boosting activity of the hydroxychloroquine with the zinc helps the zinc to work better and lead to a benefit," Rahimian said.
Dr. Rahimian says patients in the more critical stages of infection did not fare as well.
And he cautioned that more research is needed - in particular a randomized controlled trial - to prove how and how well the drug combination works.
Meanwhile, a study in the Journal of the American Medical Association on Monday found that treating patients only with hydroxychloroquine, azithromycin, or both did not reduce hospital deaths.
The study by the State Health Department and the SUNY Albany School of Public Health involved 1,500 patients.
President Donald Trump has hailed hydroxychloroquine as a potential game changer. Governor Andrew Cuomo also was upbeat about the drug but late last month he revealed that the preliminary findings of the state study were a disappointment.
"Basically it was not seen as a positive. Not seen as a negative. And didn’t really have much of an effect on the recovery rate," Cuomo said.
Other studies of hydroxychloroquine are continuing.

I replied to Rick:

Thanks, zinc is the hero, all others helpers. Dr. Zelenko gave his patients 220 mg for 5 days, along with Hydroxychlorine and Azithromyacin. Widely available without prescription zinc probably does not excite the medical-industrial complex, and just might piss them off.

sloanbashinsky@yahoo.com
Posted by Sloan at 9:08 AM