It's time for Americans to try the arduous exercise called THINKING! 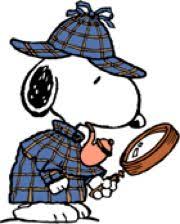 Very cozy, that the Supreme Court remanded it back. And it seems to be a fait accompli now and over.

I opened the links, read the articles, found online many articles about President Trump's December 2, 2017 tweet, "I had to fire General Flynn because he lied to the Vice President and the FBI. He has pled guilty to those lies. It's a shame, because his actions during the transition were lawful. There was nothing to hide!"

I ruminated on when I clerked for a United States District Judge, who presided over every federal prosecution in the Northern District of Alabama and accepted hundreds of guilty pleas while I was in his courtroom.

I replied to Noah:

If Flynn was represented by legal counsel when he pleaded guilty in federal court to lying to FBI or special prosecutor about material matters pertinent investigation, and a federal judge asked Flynn if he was guilty and was pleading guilty for that reason, which is usually how it's done, and Flynn said yes and said he was pleading guilty, and the federal judge said he was accepting the plea, and Flynn did not appeal before the time for appeal ran out, and no new evidence that would exonerate Flynn has been unearthed, then I see no way, legally, his conviction can be tossed out by a subsequent U.S. Attorney General or by any court in the land.

Why would Flynn lie? Is what else came to me after reading your email and the two articles. People lie because they are trying to hide something. What was Flynn trying to hide? Was it material to the federal investigation? If it wasn't material, why did his lawyers let him plead guilty? Makes zero sense to me, what Barr has done, if you don't factor in President Trump wants it done and Trump appointed Barr, even though he had a bit of a sour episode in Jeffrey Epstein's sweet plea deal secretly kept from his victims so they would not object, all in violation of federal law. Won't surprise me if Trump asks Barr to exonerate Epstein.

Meanwhile, here is a VOX article that tries to explain what Flynn lied about. Tries.

I'm very familiar with Flynn. I read the VOX article and many more. Most of the journalists have a poor grasp on the issues at hand, sad given the view it provides into Trump's machine.

How much longer will the republican Senate permit this trump lunatic continue to be president ????

Forever, if the Senate Republicans could get away with it. Trump has delivered them the U.S. Supreme Court, he has gotten rid of Inspector Generals, he has gotten some Republican senators reelected. Republican senators hate Democrats, most of the news media, and independent oversight. They hate the shutdown. Trump hates Democrats and most of the news media and the shutdown and independent oversight.

Judy Mikovits Rundown: What I can piece together from Court Documents, Coverage of Her Work, Peer Review, and Other Facts

1. Fauci did not have the power to affect her funding or her work in the way she claims. He was what she was: shoe leather virologist working in a lab, traveling to observe data and collect it. The work was all towards understanding Gay Cancer which was then classified as GRID(Gay Related Immune Disorder), then CRID- Community Related Immune Disorder(ie Gay Community), and finally when New York Hospitals reported babies being born with it, and SF Memorial documented a case of a female prostitute with CRID and Miami had acquired proof of heterosexuals and needle drug users as having CRID- it was given the name AIDS- Acquired Immune Deficiency. Per Randy Shilts 600pg non-fiction book "And The Band Played On"- Fauci was against the idea of some form of marking AIDS patients(Gay Men who had AIDS heard the rumors and adopted a + sign tattoo or biohazard symbol tattoo. It was suggested that all known active carriers could be "relocated" so that they could not spread the disease- Fauci did not agree with that, he was fundamentally against it.
2. All journals, including journals she published in- receive private funding. This has been studied more with Law Journals, but "hard sciences" are just as bad- they receive it to their endowments from Pharmaceutical Companies, Large Hospitals, Large Research Universities who want their faculty publishing.
3. She fudged data in a project she submitted to Science- THE #1 JOURNAL OF HARD SCIENCES. She alleged her team had proved that chronic fatigue syndrome was caused by a virus. This was never able to be duplicated or fully peer reviewed. People took 3 years trying to duplicate her work and data set step by step, over and over. In the end, as the primary researcher and author- she was discredited and Science disavowed her work- this is basically a career ender.
4. Her gag order was a 5 year NON-COMPETE, NON-DISCLOSURE AGREEMENT. It was something she signed of her own free will going into the job.
5. She did accept a 3-5 year probation agreement rather than face charges of industrial espionage, theft, and criminal conversion. She took materials and data that she had worked on, but which she'd signed a contract that the data and materials were work product of the firm- she didn't get to take it and shop it, which search warrants showed she had sent emails and conducted meetings in regards to selling the data. Some of the data had the ability to help in weaponizing viral agents, so her selling them was a fairly serious charge. Weaponizing how ? Don't know. At some point maybe the Federal Government will declassify it and remove the blocks they've blacked out. Until then, only the Shadow knows...
6. When she took the data and materials she worked on, she committed theft, criminal conversion, and industrial espionage. The scenes of a military SWAT type raid were staged, they were not actual news footage, it was stock footage she purchased. The men in the "raid" were wearing air-soft "armor" painted to appear military-esque. There was not a raid, her attorney negotiated a time for her to turn herself in, she apparently could not make that time, and had not returned work product- so there were police who did arrest her. If you or I or Kari or Sancho had an agreement to turn ourselves in and violated it- uhh- we're gonna get visits from the cops- but there is no proof of a raid. Cops often tip news outlets of a raid so they can be present. No such LEGITIMATE NEWS COVERAGE EXISTS.
7. There were also numerous scientific facts that are common knowledge that she just FLUBBED.

Summary: It was released as Plandemic Part 1. It looks like she shot a bunch of footage, bought some footage or paid for staged footage to be recorded, and then handed it to someone to be edited into a documentary. They edited it with a political agenda instead and apparently she's not completely comfortable with the finished product. The general belief is that it was supposed to be edited into a chronological 30minute examination of virology, epidemiology, an its incestuous financial relationship with a lot of groups that have conflict of interest. She was supposedly going to shop it as a "teaser" for a full-length documentary- if it was not a success with studios- she was looking at crowdfunding websites.

I do not know of a single host that still has "Plandemic Part 1".

Thanks, dang that was a lot of digging on Makovits, she seems about as truthful as horse shit and lots of millions will fawn over her, maybe she should be Trump's running mate in 2024?

Last today, retired Key West psychiatrist Jerry Weinstock let me have it about my email correspondence to him reported in yesterday’s Operation Warped: Dems' best hope is hydroxychloroquine side effects disable or kill President Trump? post at this blog:

you had a stroke right ------all you say now is mostly CRAP
try thinking   Sloan   take a deep breath and try the
arduous  exercise called THINKING !!

you know i like you --not personal just factual reality!!
Jerry

I shared Jerry’s feedback with Sancho Panza, who replied to me:

That was a pretty nasty cheap shot, but it may be karma... I may have all your old emails somewhere in an old hard drive of an old computer, it wouldn't be that hard to do a search there for the word "Psychiatrist" and come up with your many references to THEM as basically shysters and/or irrelevant stuff shirts... the modern ones are mostly pill pushers and I will add, in the case of your friend, cantankerous old foggy with a lack of humor!

Adios, Sloan... everything is cool between us, but I don't really want to cause snowflake meltdowns with your audience, so I am.... ciao of here!

sloanbashinsky@yahoo.com
Posted by Sloan at 10:34 AM