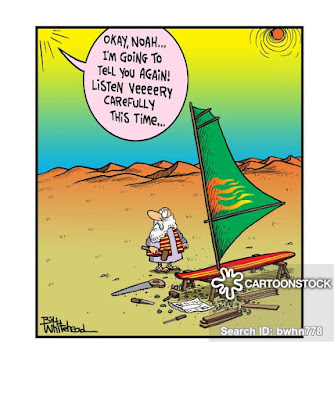 Excerpts from the article:
In early April, Jason Furman, a top economist in the Obama administration and now a professor at Harvard, was speaking via Zoom to a large bipartisan group of top officials from both parties. The economy had just been shut down, unemployment was spiking and some policymakers were predicting an era worse than the Great Depression. The economic carnage seemed likely to doom President Donald Trump’s chances at reelection.
Furman, tapped to give the opening presentation, looked into his screen of poorly lit boxes of frightened wonks and made a startling claim …
Furman’s case begins with the premise that the 2020 pandemic-triggered economic collapse is categorically different than the Great Depression or the Great Recession, which both had slow, grinding recoveries.
Instead, he believes, the way to think about the current economic drop-off, at least in the first two phases, is more like what happens to a thriving economy during and after a natural disaster: a quick and steep decline in economic activity followed by a quick and steep rebound.
The Covid-19 recession started with a sudden shuttering of many businesses, a nationwide decline in consumption and massive increase in unemployment. But starting around April 15, when economic reopening started to spread but the overall numbers still looked grim, Furman noticed some data that pointed to the kind of recovery that economists often see after a hurricane or industrywide catastrophe like the Gulf of Mexico oil spill …
Consumption and hiring started to tick up “in gross terms, not in net terms,” Furman said, describing the phenomenon as a “partial rebound.” The bounce back “can be very very fast, because people go back to their original job, they get called back from furlough, you put the lights back on in your business. Given how many people were furloughed and how many businesses were closed you can get a big jump out of that, it will look like a V ..."
Furman’s argument is not that different from the one made by White House economic advisers and Trump, who have predicted an explosive third quarter, and senior adviser Jared Kushner, who said in late April that "the hope is that by July the country's really rocking again." White House officials were thrilled to hear that some of their views have been endorsed by prominent Democrats …
Furman noted that there is one major obvious caveat: “If there’s a second wave of the virus and a really serious set of lockdowns, I wouldn’t expect to see this. But I think the most likely case is the one I just laid out.”

I replied to Noah:
I think it makes sense, IF there isn't a second, third, etc. wave of covid-19 that causes shutdowns. Dr. Zelenko's protocol looks right now to be the only defense against shutdowns, and I can't imagine why Trump is not having Dr. Zelenko stand beside him at press briefings telling Americans and the world how to get cured cheap and quick.

Noah wrote:
I dreamed after I sent that- I heard the words in my dream, "The Politico Article is just giving the Donald a false sense of security. AIDS paradox for the COVID-19 vaccine may very well be his undoing."

I woke up and I said what the hell is the AIDS paradox. Well, simply put, take a chimpanzee- VERY CLOSE GENETICALLY TO A HUMAN. You inject the chimpanzee with HIV or even full-blown AIDS and the chimp gets sick, but after a week of flu like symptoms, the chimp gets better. AIDS vaccines have worked on simians(scientific way of saying monkeys and apes). But try it on a human? Nope, because of the way the antibody is developed. And in early transmission cases of AIDS- it can speed the development from HIV to AIDS.

I think they were telling me his vaccine promises may bite him on his ass.

Signed your pet lunatic that delivers you publishing fodder.

Me:
I also ponder vaccine talk vs. reality. Maybe covoid-19 doesn't kill baboons and that's why the baboon in the White House does not have Dr. Z at his press conferences and promote his cure on Twitter? Did the the baboon receive a death threat from Big Pharma if he gave Dr. Z air time?

I continue hearing people flack Dr. Zelenko and not answer directly my question: "IF you were dying from covid-19, would you take Dr. Zelenko's treatment protocol if that was the only way to stay alive?"

sloanbashinsky@yahoo.com
Posted by Sloan at 10:18 AM