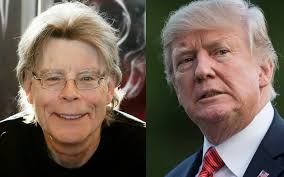 
Excerpts:
All five sailors had previously tested positive and were evacuated off the ship, which has been stuck in Guam since late March after the virus swept through the close quarters of the nuclear-powered carrier. They spent at least 14 days in quarantine on the island; the healthy sailors isolated in individual hotel rooms and the infected sailors together in group quarantine on the naval base. The sailors were allowed back on the Roosevelt only after testing negative twice, the tests administered at least 48 hours apart.
The Navy said those handful of sailors who retested positive this week “met rigorous recovery criteria, exceeding CDC guidelines."
I emailed the Chronicle link to Sancho Panza, who replied:
Assuming that this is not more fake news... the question becomes why were these people retested for active infection? Were they showing symptoms equal or similar to the same time they were tested? If the whole ship was tested, including those w/o symptoms, how do we know that these people were not falsely found to be positive the first time around? The best test is the antibody blood test... which is fairly new so I doubt that is the one being reported here! You would need to determine if these sailors had acquired immunity from the first exposure to the virus and still got infected a second time... other than that antibody test, this is all hype!  There is a lot of hype going on to keep the economy shut.... politically speaking, I'll give you one guess as to Cui bono?

Here is another one like that: 'Weird as hell’: the Covid-19 patients who have symptoms for months

Don Quixote:
Fake news? The U.S. Navy would make this up and let the world know that one of its flagship aircraft carriers is still disabled by COVID -19?

The implication for warships, military bases and operations is something straight out of a Stephen King novel, or Act of God?

Your ensuing two questions suggest you did not open the link and read the article.

"the question becomes why were these people retested for active infection? Were they showing symptoms equal or similar to the same time they were tested?"

From the San Francisco Chronicle article:

While onboard, these five TR sailors self-monitored and adhered to the strict social distancing protocols established by the Navy,” the Navy said. “These five sailors developed influenza-like illness symptoms and did the right thing reporting to medical for evaluation. The sailors were immediately removed from the ship and placed back in isolation, their close contacts were mapped, and they are receiving the required medical care.”
A defense official said this new issue arose when one sailor, who had been asymptomatic even after testing positive and in group quarantine on the base, began to show flu-like symptoms. Contact tracing led to about 20 other sailors, and four of those tested positive. The others tested negative and were sent to Guam hotels to begin a new round of 14-day quarantine, the official said.
I read the Guardian article you sent on the Brit Paul Gardner, who compared his COVID-19 symptoms to dengue fever. More Stephen King genre. Import for vaccine? Military? Families? Businesses? Governments? Churches? Sporting events? Rock concerts? MAGA rallies? Article doesn't say Garner sought any medical treatment.

Sancho:
Fake news abounds everywhere, so these days you have to include that as a disclaimer! I did open the article(there is no specifics on the issues I raised) and my previous questions still stand! You're sidetracking the issue and the true implication of the article which is that we should all be very afraid because even after you have had the Corona virus infection, you do not acquire immunity and therefore all bets are off and you can never reopen the country! I would say that this a flawed conclusion based on what we know about this case(not a controlled study). It is an argument that has no precedence and I would also argue that the only way to ascertain immunity is by the antigen specific antibody test!  If COVID-19 infection does not lead antibody production and herd immunity, then a vaccine would be useless and we will never get rid of this virus!

Here is some background on immunoglobilin testing: Antibody tests could be key to reopening the country. Here's how they work.

Humans, and pretty much all living things, carry within many commensal and parasitical viruses and bacteria, fungi, etc... you know that I have been looking at this for a while now... I have even implied to you that your angels and Jesus temptation by the Devil while fasting, may be related to the same phenomena, but I digress! Yes, parasitical microorganisms that cause symptoms of Dengue fever, Malaria fever, Herpes, etc... do go into remission and do "express" themselves when the conditions become propitious for them to do so.. it's a dance... you know a lot about that dance!!!

Why the article? It's just what's selling right now! Humans love to be scared and some people are jumping on this pandemic to come out ahead!

Don Q:
I understood your science “Dissertation” both times, and I understood the implication of the article, which is why I likened it to a Stephen King scenario or Act of God. That it’s about a US aircraft carrier where the strictest discipline and controls are applied makes it credible. That it broke in the news same day of Trump’s National pep rally unveiling Operation Warp Speed is cosmic.

Sancho:
I see, well I will have to look up that film...sounds like a good one and apropos, Stephen king is pretty imaginative, like you!😀