Maybe it's time for Daniel to return? 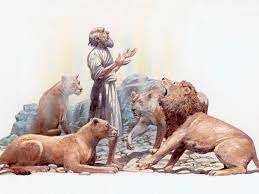 I woke up in a cold sweat at 1:20am- been beaten up in my dreams all night with just hellish nightmares and felt physically ill.

I had dreams of mushroom clouds blowing everything all to hell and you were running towards me and each time I could not get you in my storm/fallout shelter and you and I were immolated. We were in a urban, developed world environment and the news said it was bomb dropped. We had been snooping and determined it was a nuclear power plant melting down

Next dream: a mouthy ape that spoke English and was in a nice tuxedo was trying to counsel you. You got tired of his gibberish, peeled 6 bananas and shoved them in his mouth when he went on trying to tell you how the world is and all this shit I can't remember- but I remember you got pissed and shoved the bananas in his mouth and he liked to have choked on them. He found a vine and swung away. Makes no goddamn sense whatsoever.

Got very long email 12:45 a.m. today from the second manager of Sippin’ Internet Café, in Key West,  recapping my life as he understands it, lots of critical advice about my delusional life and writings, I need to see an internist and a psychiatrist, read the Bible, and ignore your and Kari’s dreams, and my own dreams. He's dying of lymphoma, is on seroquel and other psych drugs. Had no clue who he was until he mentioned my lady art work was in the bathroom at Sippin'. He criticized the art. It was him who told me to put it in the bathroom. He really liked the art back then.

Heh, you indeed are being put through the ringer over my adventures. And, over humanity's.

I have been attacked many times and know it goes with the terrain.

I keep reading pundits' shooting off their mouths and they don't have a fucking clue what is coming down, or how this or that idea might actually play out, if implemented.

It is funny how the sick and spiritually sick want to pick on the rest of us in order to justify their choices and their situation. Like we're figurines they can manipulate into a sculpture. He sounds like he was a friend or someone you knew and I didn't so I'll leave my thoughts there.

The angels aren't putting me through the ringer over you. The angels are putting me through the ringer with every other human who isn't under the influence of demonic oppression. Your belief man is massively demonically possessed is closer to fruition than ever. Man is a weak creature who only strives to save himself and not others. The end result is man's weakness, fear, and inability to give up hate and greed is going to lead to an extinction level event. I don't know when, I do not know where- I just know it is coming- man's choices dictate man's future. Man picks a team mentality in everything and cannot handle honesty.

Mankind needs to change how mankind chooses to act: dreams, portents, warnings, examination of our inner lives and inner selves is as important as the "self image" man is trying to cultivate, but mankind refuses to acknowledge that. Mankind is in a dark, dark place- only through following a transformative path that is greatly painful can mankind reach a conversation with God and hope to have a chance in God's Court of Law.

I don't know what will come after us, but when man ends up like the dinosaurs- we are little more than a blip in earth's history and nowhere near as important as mankind has deluded itself into thinking.

Lucifer and maybe Donald Trump are the only two happy creatures in humanity’s existence right now- quoted from the collective Powers that be.

My reply to the fellow who took me to task ended:

I imagine you and I will see each other in the afterlife, where I am told by angels from time to time that things look somewhat different than they looked before we crossed over.

I then received a phone call from a black Baptist pastor buddy, who invited me to meet at the usual outside place to play chess. He’s the better player, and when something is chewing me up and I have not dealt with it yet, he beats me a lot worse than usual. I won the first game today, and the last two games, and several games in between, and he won about as many games. Came home, took a huge dump, when historically means something new and rough is coming in. I lay down, took a really good nap. My dreams were of something brewing. I hope it's not me catching the coronavirus. But it won't surprise me. For a very long time I have absorbed internally what goes on externally, which I am given to engage.

When I returned to the Florida Keys in 2006, after being away for about nine months, I was told in my sleep by a male voirce, "Remember Daniel." Then, I was told by a female voice something like, "You are doing very well and trying really hard. Humanity did not reach escape velocity, this has happened before, but you can still do it. You will be given experiences that increase your velocity like scientists use celestial bodies to increase the velocity of space vehicles (slingshot effect)."

Daniel was, still is, my favorite person in the Old Testament. The Bible's  dreamer. The lions did not eat Daniel, when a king put him in their den. Daniel interepreted Kings' dreams. He remembered a dream a king had fogotten, interpreted it for the king, and said it meant if the king continued patting himself on the back for how great his kingdom was, instead of giving God credit, he would end up on all fours grazing with cattle for 7 years. The king kept patting himself on the back and ended up grazing with cattle for 7 years. After that ended, the king only had praises for God. Wonder if President Trump knows about  King Nebuchadnezzar?

Daniel had a horrible apocalyptic dream he did not understand. I never had an apocalyptic dream, but I was asked in my sleep by a male voice during an awful time in 2004, "What do you think of the species?" I woke up, said something like, "I do not like being asked that question, but since I was asked. There are people who are spiritually evolving, but, in the main, humanity has lost its creativity and is spiritually cloning itself and devolving. Look at all angels have done for me and at how messed up I am right now. If what was done for me is done for humanity, perhaps 50,000 people will survive. Perhaps kinder to put humanity somewhere it has a better chance of evolving?"