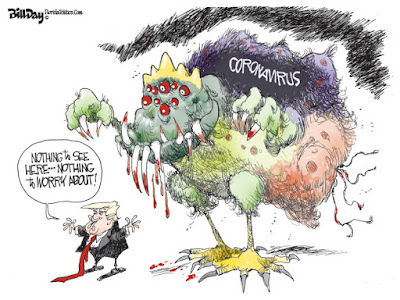 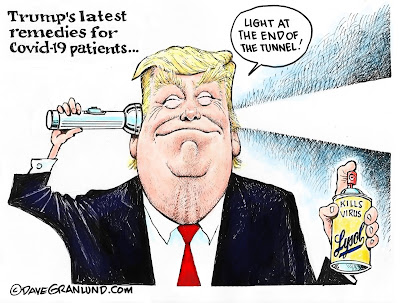 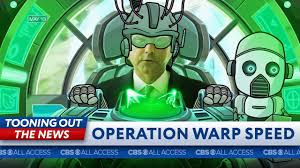 Back when Key West still had semblance of a soul, a very interesting "Gypsy tribe" that lived and traveled in their vehicles showed up in late fall and hung out during the day and evening at Higgs Beach. The city hated the mobile snowbirds did not pay rent, motel or hotel fees, and I came to affectionately call them "vicious van dweller criminals". One of them put this on Facebook yesterday.

tuSpogn
I noticed the 7 day moving average of new COVID-19 cases in the U.S. seems to follow a linear trend over the last 20 days (April 26 – May 15). I thought it would be fun to find the equation of the straight line that best fits the apparent trend. The horizontal axis is the number of days since April 25th (1 is April 26th and 20 is May 15th). The vertical axis is the 7 day moving average. The slope of the line is -356.37, so over this 20 day period the approximating line says the 7 day moving average is dropping by about 356 cases per day.
So what does this tell us about the future? Not much. Extrapolating a trend into the future is risky business. Any number of things could cause deviations from the trend seen over these 20 days. No competent statistician would say otherwise. Another major city having a boom could create an increasing trend. That said, just for fun, it wouldn’t hurt to ask what would happen if this trend were to continue indefinitely. Extrapolating into the future, the moving average would be zero on the 85th day after April 25th. July 19th is 85 days from April 25th. If you believe the trend will continue indefinitely, you should schedule the barn dance for mid July. I wouldn’t recommend it though. 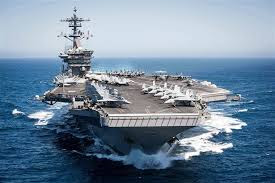 I emailed the link below to former university economics professor Noah:

I do believe our undoing will come from the following: (1)that the intelligence services desire to compartmentalize information on this virus, and our susceptibility to it (i.e. not present ourselves as weak to our enemies); (2) the WHO's subservience to China in the management of this virus worldwide; (3)WHO receives UN Funding and Mandate, (4)China is Permanent Security Council Member.

China under no circumstance will lose face or admit to the problems this virus has created. They will not do it. There could be a Magnitsky Act against Chinese owned stock, bank holdings, and now that we are using "International Law" to see what is in Swiss Bank Accounts(as they operate here)- we could subpoena those Swiss Banks that operate here to see what Chinese Holdings are that are currently touchable by the US.

The US needs to act fast.

The reason the stock market has not gone completely to fuck is that Chinese holding companies and Chinese "wealth management" and "asset management portfolios" are buying cheap, and buying a lot of options- puts, calls, and shorting. If you look at SEC reports coming in, firms taking major positions via Directly and via Spider Indexes operate through Macau and Hong Kong.

If China pulls its money via selling, we have an unstable market that is no better than working the craps table.

Am I concerned? I am more than concerned.

The virus is in control, nobody understands it, red China has the most leverage with its cheap labor force, strong citizen obedience, and so many U.S. and other foreign nations outsourced factories. The securities markets are way beyond my comprehension range, but if China dumps its positions and escapes, I can imagine Wall Street nuclear winter, and if the virus keeps being in charge, I suppose that is a progressing Chernobyl-like economic meltdown?

And to reiterate your point: the virus is in control, it has been in control, even China is rumored to have lost ~400,000 citizens. China hoarded the highest quality PPE(3M, space suits, tyvet, respirators, etc). Then, in "acts of good will"(can I roll my eyes over the internet?) the Chinese decided to give out Chinese made PPE to the hardest hit countries. France refused to comment. Australia and Italy admitted that the materials were of such low quality that what did not test positive and was destroyed because it was contaminated- was of such low quality that it exposed health care workers or could not be used at all, period, end of story. Thank you and good night.

I looked at Trump’s approval ratings. While the media is reporting he is at 44% approval rating, the two most influential polls(and that do the most extensive polling with controls for the fact young people do not turn out, old people are more likely to vote, etc.)- Gallup and Rasmussen have him at 50/50, which is about as popular as the fucking prick has ever been. That's this moment. I looked at the statistical sampling methods of YouGov and their polling method strives for "a more random sample". Well, voting isn't random. Young people talk a big game and then don't show up. The business of diversity in polling sounds great, but the Republicans are going to do every goddamn thing they can to stop minorities from hitting the election booths.

Neither Joe Biden nor Trump deserve to be president. The American people usually get the president they deserve. They've been screaming "OPEN OUR STATES BACK UP!"

Well, that is a gamble based on the following: (1) Corona viruses do not like heat, they do not like acidity, and summer is here with more heat, as far as acidity, I have not researched a correlation to say that summer is here being a harbinger more acidic... (2) People will respect social distancing (3) Use of effective masks.

When you gamble you may have shit in one hand and nothing in the other...

Humans have a tendency not to respect social distancing. A U.S. health organization has had monitors and thus far in states that have "been closed" but are "reopening" that agency has observed (2) people are not respecting social distancing, (3) far from using effective masks, between 40% and 60% of people they've observed are NOT WEARING masks. These are social epidemiologists who get on the ground and trace this shit. IF YOU REPRINT ANY OF MY EMAIL PLEASE USE DISCRETION AND DO NOT NAME THE AGENCY, I WOULD APPRECIATE THAT AND THEY WOULD APPRECIATE KEEPING THEIR JOB- Thanks Sloan.

As far as (1) Immune systems are better and corona will not hit that hard? The virus is in control, it has the steering wheel, the shifter, one foot's operating the gas and clutch, the other foot is playing "taps".