Be careful what you pray for? 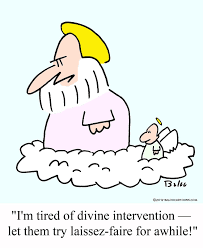 Several colorful people emailed yesterday, in the order of their appearance ...

Retired psychiatrist and ardent fly fisherman, environmentalist Jerry Weinstock, of Key West, responded to yesterday's Prophets needed, who's willing to be stoned or struck by lightning?post :

The Smithsonian sometimes still lets me out to roam here and there.

Am pecking away at and enjoying your recommended Stronghold, by Tucker Marlarkey. Print small for my old, tired eyes, easier to read outside in my hammock hung between two trees in nearby park.

Wish I could meet Tucker. Wish I could have met St. Guido. Wonder if he's now advising Mother Earth how to cope with the invasive species God, ETs, or something rudely dumped on her skin?

I chuckled a few times today over China's gift to humanity and Mother Nature finally squirmed into the White House and His Majesty ain't the least pleased but still refused to don a face mask. Perhaps that cuts too close to the bone? Don't bank robbers wear face masks?

My very best to you and Donna.

Investigative journalist and environmental and political resistance fighter Rick Boettger, of Key West, responded to the day before yesterday's Do people ever wonder what Mother Nature thinks about the coronavirus?? post:

You are becoming our History Channel.  Cynthia remembered the Ocean Key fines, but neither of us knew about the use of bleach to drive sea life into set nets.
My maternal grandfather followed Upper Michigan Fish and Wildlife when they were seeding local small rivers with fish they raised. He would throw some sort of explosive into the water and gather the dead fish floating belly up.  We always thought of him as Bad Grampa. Part of my own work is familial penance.
Rick

History Channel, Hmmm, I wrote to another Key West amigo a bit ago that the Smithsonian still sometimes lets me out to roam about.

When I started fishing the flats in 1956 at age 14, I was fucking smitten and spent the next 51 weeks starving for the next spring break return to the Florida Keys. And, so it went.

My soul took residence in the Keys and greeted me when I returned, and I wept and felt reborn, wept when I left, and felt I'd left part of me behind. That romance endured until I ran for county commission in 2006, when I lived on Little Torch Key.

I never liked paradise pretend politics, but there were fun moments when cosmic justice and humor took the stage. Hell, if I can't cut up and cavort a bit, why even try?

Former US Navy combat pilot and environmental-resistance fighter Captain Eco-Ed Davidson, of Marathon, chimed in after my friend Todd German forwarded him the day before yesterday's Do people ever wonder what Mother Nature thinks about the coronavirus?? post:

I would remind all sentient public utility watchdogs of the long forgotten fact that the pipeline down the Keys (which I as Audubon went to federal court over) was built with $65 million (old dollars x 2 or 3 by now) in financing FROM THE FARMERS HOME ADMINISTRATION which is not supposed to fund municipality water supply, and certainly not to resell to cruise ship consumers docked in municipalities ! CaptEcoEd

[Many years ago, Ed brought a case in federal court to stop posh Ocean Reef Club on the northeast end of Key Largo from dumping its raw sewage in its saltwater tidal creek. The federal judge fined Ocean Reef $60,000 a day until it stopped shitting in the creek.]

So, the federal court did not agree with you that time?

I first fished the flats in 1956, when my family stayed at Ocean Reef Club during spring break. The next year, we stayed at El Capitan Motel at Whale Harbor. In August 1961, we stayed two weeks in a private home on Lower Matecumbe Key. In 1963, my father bought that home and I came to the Keys a lot more to fish the flats.

Back then, it looked to me that the driving force for a bigger waterline was real estate development was stalled because the original waterline was maxed out and new construction could not tap on. So, and since I once closed a good many Federal Housing Authority and Veteran Administration mortgage loans when I practice law in Alabama, I wonder how the Farmers Home Administration got roped into financing the bigger waterline?

Was there a lot of farming in the Florida Keys I didn't know about? Commercial fishing was considered farming? The Farm Home Administration and the federal judge were persuaded that a lot of marijuana could be grown in the Keys, if there was water for irrigation? Palms were greased? 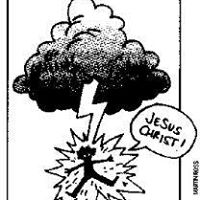 For people who love, hate or could care less about beleaguered prophets, a super-wacko gruesome multi-dimensional report from Jonah last night:

That broken tooth became septic and I had to have it surgically removed.

I can't talk. Knew something was wrong last night.

Today I was working in a tight spot where there was pressure against my cheek. All of a sudden, a bunch of stuff that looked like when you lance a MRSA infection-  thick yellow mess of stuff was busted out of the base of the tooth and I was spitting it an blood. Called the dentist office, they asked if I'd taken my antibiotics, told them yes, they went on to tell me they couldn't see me. I felt bad for the old man, so as it was getting worse I finished installing the starter on his tractor, and then he stiffed me. I had gotten half the money up front. He basically run to his house and said he was getting his wallet and I needed to go to a doctor. He locked the door, yelled he was short and "Sorry."

I was madder than hell. I considered there being an accident where he was keeping diesel and gasoline in jerry cans too close to the house. Sonofabitch.

I realized though I was in a lot of pain.

I went to the nearest emergency room and the nurse checking people for covid-19 with a thermometer saw me, got an orderly to get a wheelchair. They called an ENT- who said I don't do this shit- that is a quote.

The nurse and attending physician didn't do me any favors when they said "This guy is going to die of septicemia." I was saying in my head- Oh fuck oh fuck oh fuck..

So the ent gets there, shoots my mouth full of novocaine, gets an anesthesiologist, she gets her rig and is putting me under but not all the way, because they need me to keep my jaws wide and cannot find the spreader.

I do whatever they say, and I have two experiences:

1. I had a vision of these little creatures- not grey aliens. Like how "gremlins" were portrayed in WW2. They told me they wanted my dreams and I was at my weakest. Give them my dreams. They looked like WW2 Bugs Bunny Gremlins except with suckers on their fingers. I kept fighting them off.

2. An older man was dosed with LSD. The culprit was thin and young. I drove to the old man and all I did was spend 24 as the drug worked through his system. Just kept telling him it was alright.

3. I pissed off a group of magas and they had beaten me unconscious. A group of them owned exotic cats and the cats refused to bother. One lion came up to me and had a nasty cut on his rear paw. I tore some material from my shirt, cleaned it, and then used the piece to bind it. The magas decided that I must have given their cats dope, so they'd beat me to death. The cats had raw maga-burgers

4. I dreamed I was called before Melchizedek. He said that "Man's ego had become too great. That only in a time of crisis did man unite in a call to God. Atheists were united in the call to God, the Creator, the Great I Am- so were Muslims, Buddhists, Shinto-Ancestralists, Communists Taught a Dictator is God, all were praying to the Creator. God is put out by man. God is disgusted by man's arrogance, his destructive nature, his greed, mankind's dalliances with evil, and some of mankind's outright marriage to evil. We have not healed the rifts between what whites did through imperialism. We have not made the Earth a temple to be respected. Man desperately needs this vaccine to prepare as with flu season for the coming COVID seasons- what reason does God have to grant this miracle ? Will mankind give God his praise and dues for guiding the scientists or will this be a "secular victory"? Is man so greedy and so foolish that he reopens the economy to try to make money, acts like nothing ever happened ? Man should ponder these questions for the answers are plain and clear.

5. Finally, I had a dream where you began work on a book you published on blogspot- it was your COVID and quarantine writings together with your observations on whether COVID had changed us?

My mom and dad came and got me from the hospital.

I didn't have MRSA- it was just white blood cells that had accumulated and become pus.

I can't talk til Wednesday- the sutures over the giant hole are too delicate.

I bled like a stuck pig. They wanted to keep me for 48 hrs observation but I am scared of COVID so I asked to go home.

It took them from 10:35 when I first got in there until 8pm until I was freed.

The anesthesiologist said I came to at one point, and as she was adjusting the anesthesia drip, I grabbed her hand and said some numbers- her birthday. The nurse who took me in and was there through it all said that when I was put under there is a large chair in the room and it bothered the ENT MD because the chair looked like something invisible was sitting in it but that the seat was stuck down. At one point I opened my eyes fighting the anesthesia and saw Khamael with his hammer- it surprised him so he dropped it. There was an audible clang. The anesthesiologist, the MD and two nurses became freaked out. They checked my clothes which were in a bag to make sure I didn't have some piece of metal or a gun or something that would fall and hit the floor. I was ass naked and freezing under the sheets. They had clear plastic bag they put my clothes and so on in. Khamael grinned when he watched them search. That "being"(Angel) was in that room as sure as I was.

Well, the Khamael part is seriously funny, and hooray for the docs and nurses who stepped up to the plate in unfamiliar terrain, and Lady Karma can visit the dentists and all the other assholes.

sloanbashinsky@yahoo.com
Posted by Sloan at 7:49 AM