Why is Jesus being white so important to Christendom? 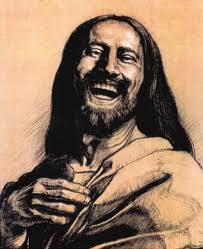 Someone gave me this T-shirt yesterday: 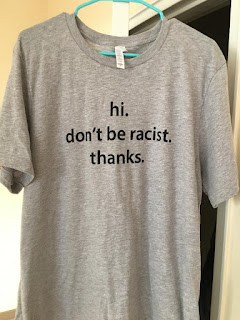 I said  am not sure I can wear it in public, because I am prejudiced against white people. Some of them, anyway.

Mississippi legislators FINALLY voted to change the state flag, below, after it became clear they might not be reelected if they did not change the flag: 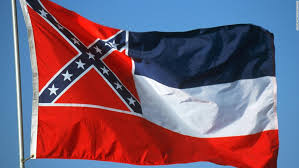 The iconoclasts of the Left won't be satisfied until Christianity itself is destroyed.

The devolution of America is reaching a critical stage, and columnist Rod Dreher asks exactly the right question. “What’s your Woke Breaking Point?” We may now have an answer. “All murals and stained glass windows of white Jesus, and his European mother, and their white friends should also come down,” tweeted radical BLM activist Shaun King. “They are a gross form of white supremacy. Created as tools of oppression. Racist propaganda. They should all come down.”
King is not alone.“Every time you see white Jesus, you see white supremacy,” asserts Anthea Butler, associate professor of religious studies and Africana studies at the University of Pennsylvania. Hugo- and Nebula Award-winning science-fiction author Nnedi Okorafor agrees, tweeting, “Yes, ‘blond blue-eyed jesus’ [sic] IS a form of white supremacy.”
Both women were quoted in an article denigrating artist Warner E. Sallman’s “Head of Christ,” a portrait of Jesus that achieved mass popularity in the mid 20th century. In the same article, author Edward J. Blum reveals the endgame the revolutionaries have in mind. “If white Jesus can’t be put to death, how could it possibly be the case that systemic racism is done?” Blum asserts. “Because this is one that just seems obvious. This one seems easy to give up.”
Obvious? Who’s kidding whom? This isn’t about white Jesus or any other religious statues that have represented Christianity for over two millennia. As columnist Andrea Peyser astutely notes, “Biblical figures have long been represented by images that resemble the artist’s own community. So in Ethiopia, Jesus has been depicted as black for more than 1,500 years. In the Far East, works showing Jesus as Asian can be found. There’s nothing to stop artists from creating new works depicting Jesus however they wish.”That’s not good enough for a mob that does not wish to compete on the battlefield of ideas, culture, or religious sensibilities. Their agenda is about the acquisition and maintenance of absolute power — by any means necessary. Thus, attacking one of the few bastions of conservatism that hasn’t been completely defiled by capitulation to “woke” sensibilities is an absolute necessity.

And just to be clear, this is not in reference to the Christian leaders in various denominations who long ago surrendered their moral authority to the mob. This is about ordinary Americans derided by former President Barack Obama as people who bitterly “cling” to their religion because they dare to stand against an all-encompassing progressive dogma.
One that now threatens their very existence.
Thus, an army of wannabe fascist enforcers is displaying an animus that abounds in the history of totalitarian takeovers. “Marxist-Leninist revolutionaries have always hated Christianity because it elevates truth and offers a moral authority beyond politics,” columnist Lloyd Billingsley explains.
Politics is too nice a word. What religion in general and Christianity in particular represent is the antithesis of totalitarian control that seeks to literally replace God with government. Government run by those for whom the idea that there is something bigger than mankind — and thus a government of men — represents the most potent threat to their contemptible ambitions. “Our fundamental rights don’t come from the government,” former Arkansas Governor Mike Huckabee reminds us, “because if government gives them, government can take them. They come from God, and we created a government unlike any that’s ever been, whose sole purpose was to protect those God-given rights so that we could live in our personal, individual liberty.”
Because that immutable reality represents an existential threat to the progressive agenda, the onslaught won’t stop with white Jesus or other religious statues. In Salinas, California, evangelical Christian church New Harvest is being forced to sell its downtown property because a city ordinance bans houses of worship from occupying the first floor of downtown buildings. A federal court in the San Francisco Bay Area recently sided with the city, ruling that churches generate limited interest, do not draw tourists, and therefore detract from the city’s stated aim to “establish a pedestrian-friendly, active and vibrant Main Street.”
That the Court itself noted the church’s weekly schedule of activities “includes a Sunday morning worship service (including a worship band) and programs for children and teens/tweens; a Tuesday evening worship service, ‘Fun Club’ for children ages 3-4, and boys’ ministries (which alternate weekly between two different age groups); a Thursday evening worship band rehearsal; a Friday evening prayer meeting; and a women’s Bible study on some Saturday mornings”?
“Salinas deems churches as less deserving of equal treatment under the law than the live children’s theatre, two cinemas, and event center that share the city’s downtown corridor with New Harvest Fellowship,” said Pacific Justice Institute Chief Counsel Kevin Snider, the lead attorney who is appealing the ruling to the Ninth Circuit.
What comes after statues and churches? People. People like Colorado baker Jack Phillips, who despite a Supreme Court ruling in his favor regarding exercising his religion by refusing to bake a same-sex wedding cake was targeted yet again by the Colorado Civil Rights Commission for refusing to bake a cake celebrating a “gender transition.” People like Little Sisters of the Poor who also remain under attack despite a Supreme Court ruling that said they were under no obligation to provide contraceptives and abortifacients to their employees. People like every American who believes in the nuclear family the mob now labels as “cisgender privilege.”
In a column for The Week, writer Bonnie Kristian attempts to make the distinction between depictions of a white Jesus for “devotional purposes” and one “whitened to cloak racialized oppression with a lie of divine approval.” Christianity Today columnist Christina Cleveland takes it one step further. “Not only is white Jesus inaccurate, he also can inhibit our ability to honor the image of God in people who aren’t white.”Really? Then why is the overwhelming majority of racial arson, epitomized by the concepts of “intersectionality” and white “privilege,” coming from the secular Left? Why is the blue state of California trying to reinstitute affirmative action? Why are progressive black college students demanding segregated dorms? And why did a county in the blue state of Oregon demand that only white people wear masks.
It is absolutely critical that decent Americans understand one thing above all else: The mob is not the least bit interested in compromise or reconciliation. Every concession made by people who consider themselves reasonable and decent will be met by demands for further concessions. And until they reach the point of absolute control, the mob’s appetite will never be satisfied.
That’s not politics. It’s human nature, and as such people will be forced to take a side, even those naive enough to believe being “down with the cause” offers them exemption. There is no exemption, and in November, the electorate will be presented with one of the clearest choices in history:
One can vote for civilization, the Constitution, the Rule of Law, and freedom of religion — or one can vote for Democrats.

So, what color skin do you suppose Jesus in the Gospels wore? And how about his eyes and his hair, what color do you suppose they were? I have spoken with a number of African-American Christians about that. They did not think Jesus was white, blond or blue-eyed. I don't think such people lived in that part of the world back then. As least not in history books I read.
slooanbashinsky@yahoo.com