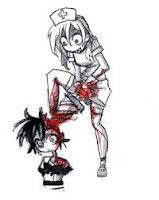 Below is a Facebook hydroxychloroqine actually works on Covid-19 post under which I commented and then saw once again drop-dead proof of just how hopeless most Americans' thinking truly is.

July 7, 2020
Mark Levin:
“I posted this a few days ago, but I have been waiting for all those who attacked the president to apologize to him and the American people. But they have not. Especially the frauds in the media, who attacked him relentlessly as proposing something they insisted was dangerous, despite the fact the drug can only be acquired with a doctor's prescription. How many people may have died due to the media and others obstructing its use? This is how the press conducts itself these days, hit and run, no circumspection, no integrity. It's them against Trump, or them against all of us. But, of course, don't call them the enemy of the people”
Hydroxychloroquine helped Covid-19 patients, a study in Detroit found.


sloanbashinsky@yahoo.com
Posted by Sloan at 8:52 AM